No PAIN, No Gain 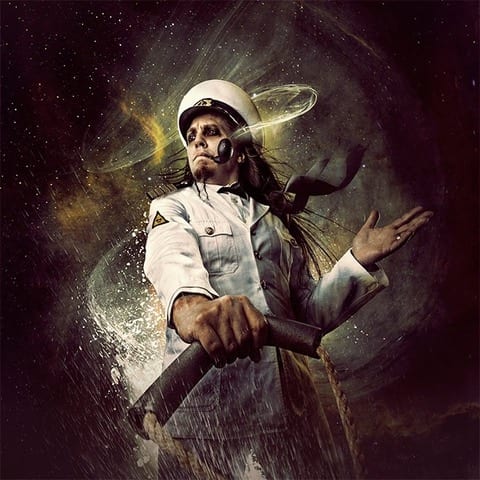 “It was more like something to work on in the studio,” explained Pain vocalist and mastermind Peter Tagtgren on the early days of the project. “I wanted to become wiser in the studio. I wanted to work with computers and samplers and all kinds of electronic stuff – only to know how to produce it. There wasn’t really any bands that I was recording at the time that were using sequencers and stuff like that so I really had to invent my own band to practice and that band was Pain.”

Tagtren was already running his own production studio, The Abyss, at the time, and it was a fortunate cancellation in the studio that was the catalyst for Pain. Exploring what was at the time innovative and untried territory in the metal world, Tagtgren combined heavy music, electronica, and techno to create a sound that while difficult to get right, is extremely powerful and emotive and started Pain down the road which has led to many of today’s bands in the same genre.

“I would say the second album sounds like I wanted the first album to sound like,” he mused. “The first one, I don’t know what happened there. I wrote two or three songs and sent them to Nuclear Blast and said hey, do you want to release this because I had a cancellation of a band for a whole month so I was free and I had already done demos on those songs so I sent them in and they said yeah, yeah, give us a whole album and we’ll release it and then it became more rushed. In a couple of months, I had to write seven songs or something like that and produce it and mix it so it was a really hasty way of doing it. The second album I had more time and could figure out more of the sounds that I wanted to have in my music. From the beginning, it was really… I was into ghoully trance and techno stuff because I really loved the keyboards and synthesizer because they sounded so angry and so crazy. That was the thing for me. I wanted the same but I could never figure out how they did the sound at that time.”

In the attached audio Tagtgren discusses the upcoming Australian tour and how close it actually came to being cancelled, his expectations for the tour and delves deeper into how he came up with Pain’s sound and where they fit in musically and the difficulties he had in establishing what was a new genre at the time plus much more. 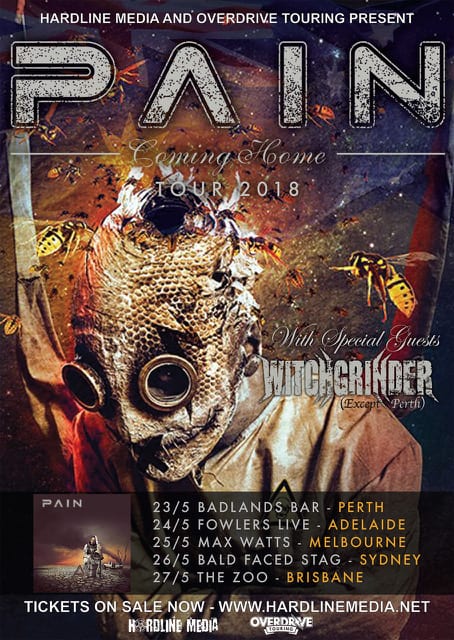