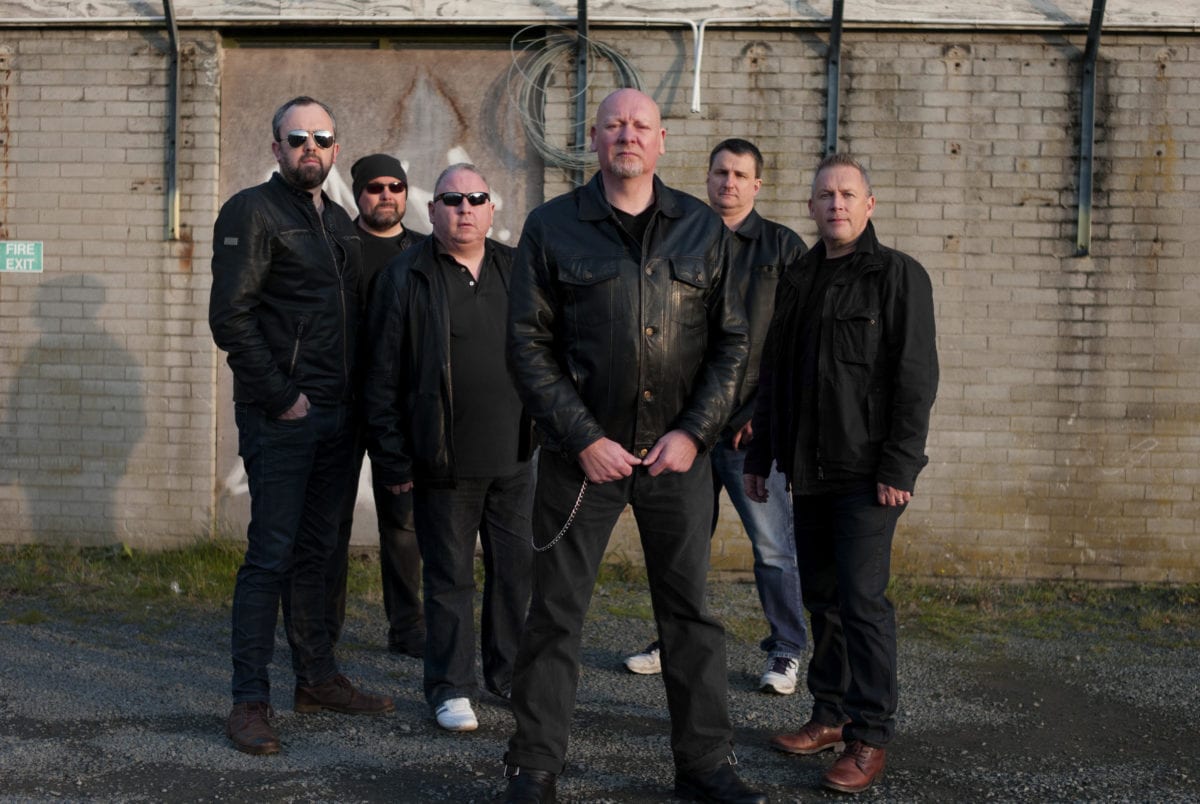 NO HOT ASHES are a melodic rock group who formed in early ’80’s Belfast. The rock scene of those days was a welcome alternative to the violence that was happening on the streets and ‘The Ashes’ became local favorites releasing one single independently. They signed to GWR Records in 1988, with a line-up featuring original members Dave Irvine on guitar and Paul Boyd on bass, joined by new singer Tommy Quinn on vocals, Tommy Dickson on keyboards and Steve Strange on drums. Moving to London and supporting the likes of Mama’s Boys and Magnum it seemed their star was rising, but problems with getting their debut album released brought dissolution and one-by-one band members returned to Northern Ireland. By the end of 1990 ‘The Ashes’ fire went out and they called it a day.

Burn through the years to September 2013 and NO HOT ASHES were given two reasons to reform. One was to play a tribute gig for Belfast’s famous Rosetta Bar, the centre for Northern Ireland’s rock and metal scene from the early 80’s, which had recently closed. The other was to remember old rock friends no longer with them. The Rosie, as it was affectionately known, was a venue very dear to The Ashes hearts as their club night ‘Cinders’ was started by their old manager Stephen Magee, a mad PR genius who passed way before his time. They enjoyed playing again so much that they couldn’t stop and since the beginning of 2014 they’ve supported Aerosmith, Foreigner, FM, and UFO. Playing Hard Rock Hell AOR, Download, London Calling, Ramblin’ Man and Steelhouse, Rockingham and Frontiers Rock Festival.

They still sound and feel like a classic 80’s rock band and after tracking new demos, the band sent the material to Frontiers who loved what they heard (strongly rooted in the classic tradition of British Melodic Rock ala FM, Heartland, Def Leppard and Bon Jovi) and signed them for the release of a new record.

The album was delivered to the label, but shortly thereafter bassist Paul Boyd was diagnosed with cancer. He fought it hard, but a few months ago he tragically lost his life. Obviously, this hit the band very hard and the release of the album was the last thing on their minds.

After a period of mourning and knowing full well that Paul would have wanted them to soldier on, they have a new bass player in place and are ready to play live again to support the release. 34 years in the making, Frontiers is proud to release the self-titled debut album from No Hot Ashes!