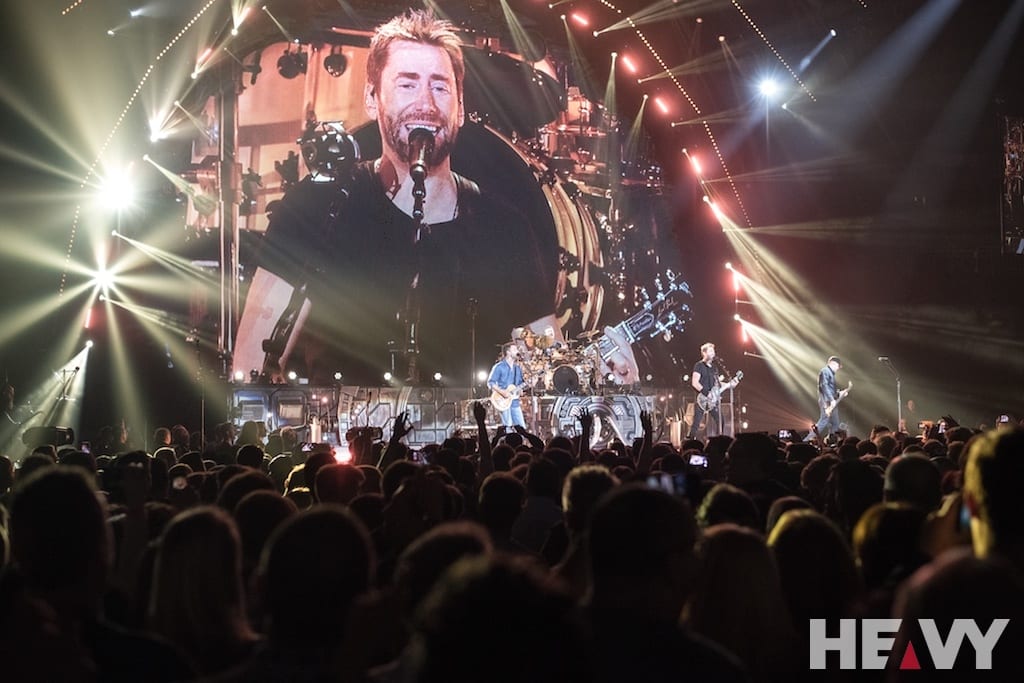 There’s something pretty magical about The O2 Arena in London. Perhaps it’s something to do with the music history that’s being continually conjured within it, it’s coating in new millennium magic or its general gargantuan architecture that contains a veritable wonderland inside. Either way, the musical events it holds rarely fail to steal the breath of spectators like a thief cloaked in the night.

And thus, it comes as no surprise that Nickelback and Seether’s O2 Arena cameo was as enchanting as ever. Well, as enchanting as it gets when the line “I like your pants around your feet” is sung en masse – an opening line to the song “Figured You Out” that Cheshire-Cat-grinning Nickelback frontman Chad Kroeger was quick to sarcastically coin as “pure wisdom”.

Prior to this satire, however, came support act Seether. Backed by the blood red calligraphy of their band logo, Seether played with muscular gusto. Seether’s metallic thunder bred an ominous ambience, employing dark, juddering rhythms, ruggedly anguished vocals and a grunge tone that sounded like the crunching of demon bones. Bassist Dale Stewart swung his bass in S&M-alike dominance, whilst the Shaun Morgan’s guitar riffs sauntered with a devil-may-care attitude that emitted an unpolished charm to Seether’s performance.

Following Seether’s exit, Nickelback teased us with a mysterious 20-minute countdown screen. An intelligent scheme to prevent between-set boredom, this countdown ended with a trailer to an upcoming Nickelback rockumentary, a piece of videography that seems to have the agenda of defending the band against their receipt of ‘corporate sell-out’ accusations – something the room was very much in favour of.

Exploding onto the stage following a series of eerie War Of The Worlds-type machinery sounds that slithered through the arena, Nickelback burst into “Feed The Machine” with coolly confident grandeur. Nickelback’s raw, gnarled guitar sound viciously seared through the air in harmony with their UFO-beam light show, emanating rumbling musical command.

Striving to play a set that chronicled each and every one of their nine albums – an ambition that went haywire when Kroeger decided to sidestep a Curb album medley (and thankfully so) – Nickelback effortlessly demonstrated their historic evolution from post-grunge specimens to global contemporary rock stars.

Satiating the audience early on with crowd-pleaser ballad “Photograph”, Nickelback soon established an informality that’s rarely seen in arena shows. Kroeger and guitarist Ryan Peake were the ringleaders of what felt like an intimate soirée, exhibiting lengthy banter and audience interaction between songs that actually bordered upon being more precious than the songs themselves. Kroeger was keen to highlight the audience as a bunch of ‘friends’ he was ‘partying’ with on a Friday night, a statement that came across with endearing sincerity.

This chummy approach was further emphasised when the band invited two fans onto the stage to perform the adored “Rockstar” with them – a planned part of the set. Furthermore, a fan named Olly was spontaneously (or, as some cynics may argue, non-spontaneously) invited up to play “Animals” with the band in response to a banner he had been waving all night that read “Let me play Animals with you.” Disneyland certainly has a rival in Nickelback in making dreams come true.

Nickelback’s set oscillated between PG- and R-rated songs, providing a well-balanced juxtaposition between dirty groove raunch in the likes of “Something In Your Mouth” and the warm thrum of ballads like “Lullaby”. The Herculean might of “Side Of A Bullet”, a stirringly vengeful tribute to Pantera’s “Dimebag” Darrell who was mercilessly shot on stage in 2004, brought percussion from Daniel Adair that juddered with the force of torpedoes and ricocheted off of the chests of fans. Meanwhile, “Hero” and “If Today Was Your Last Day” had spectators swaying like reeds in a summer’s breeze, flaunting the delectable molten-butter quality that Kroeger’s vocals are capable of.

Finishing with a triple whammy of hits in the form of “How You Remind Me”, “Gotta Be Somebody” and “Burn It To The Ground”, Nickelback’s attendees were reluctant to call it a night, eyes widening like addicts when the arena’s lights flooded the air like a tsunami of reality. They never made it as wise men, they couldn’t cut it as poor men stealing (you can thank me later for now having “How You Remind Me” embedded in your mind), but Nickelback certainly have made it as certified rockstars, despite what some members of the general public are determined to believe. 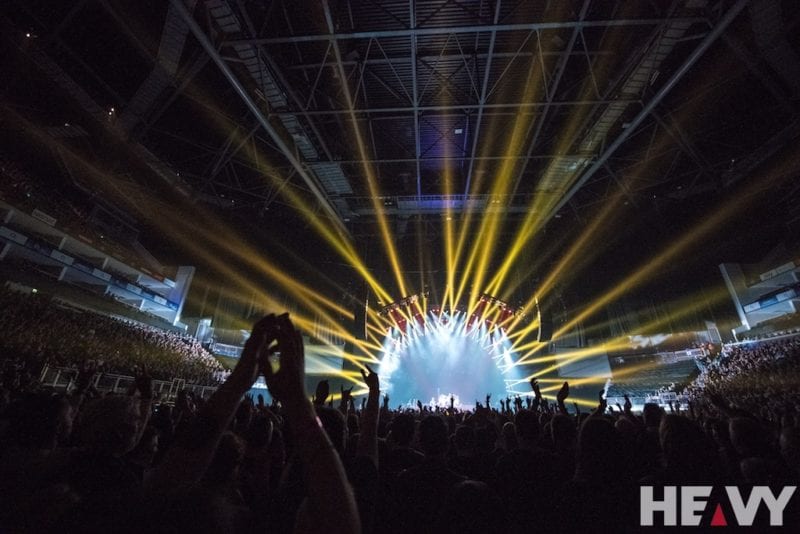 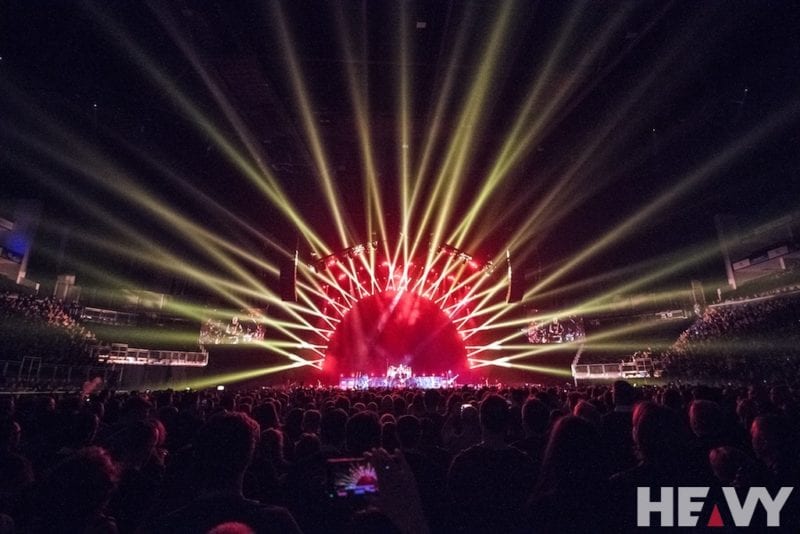 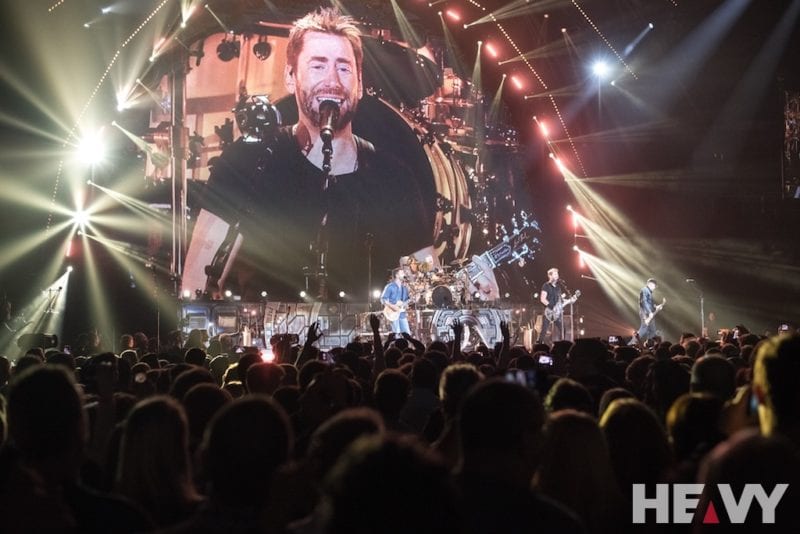 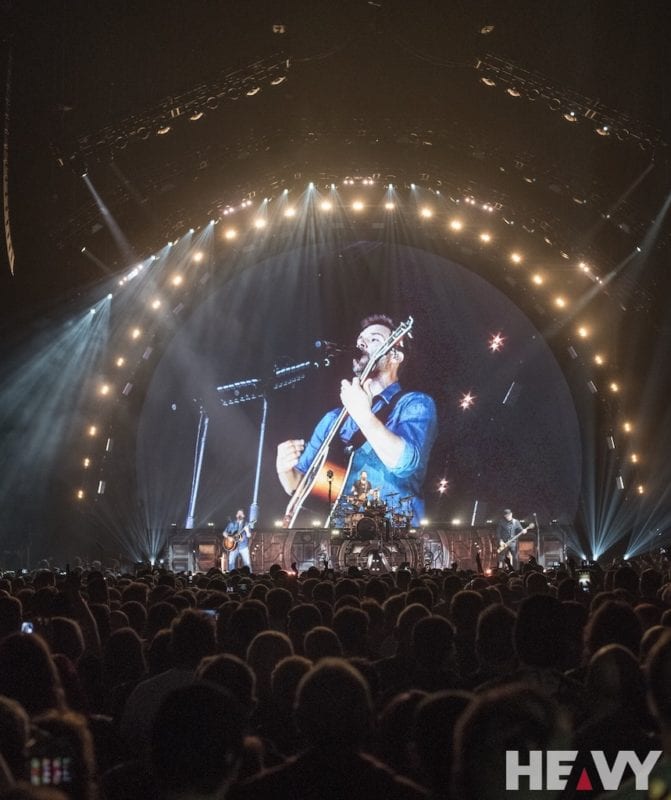 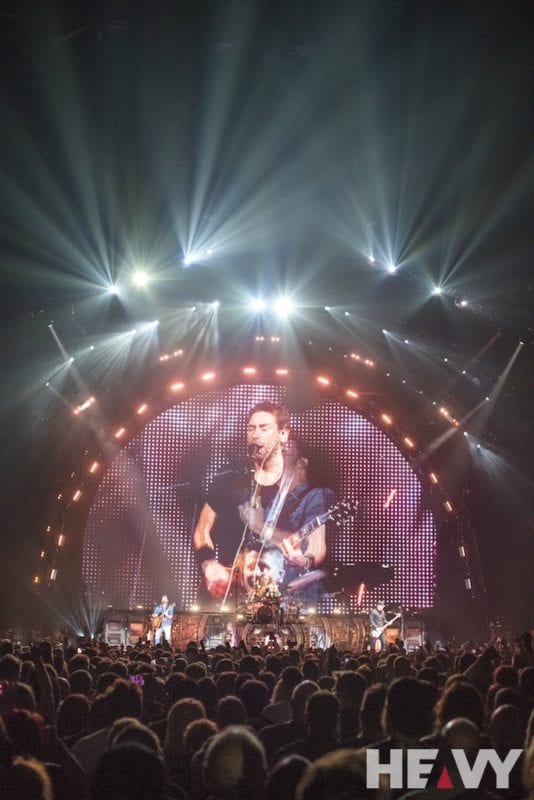 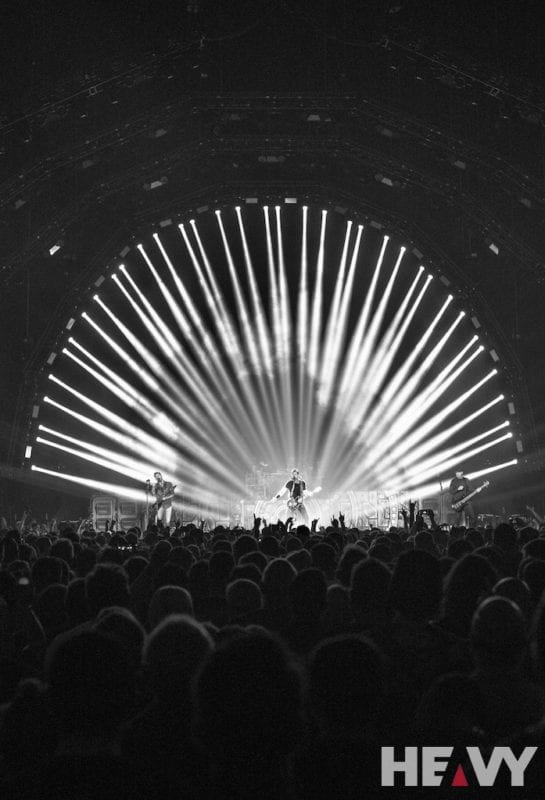 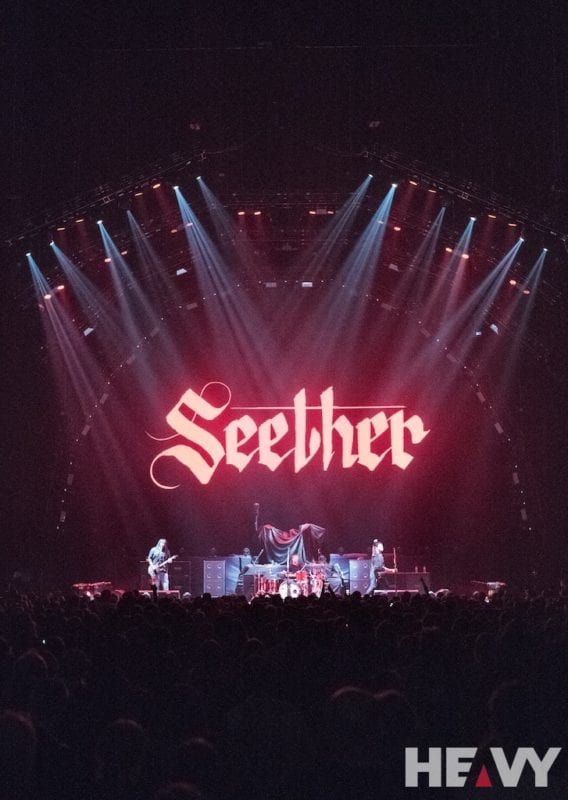 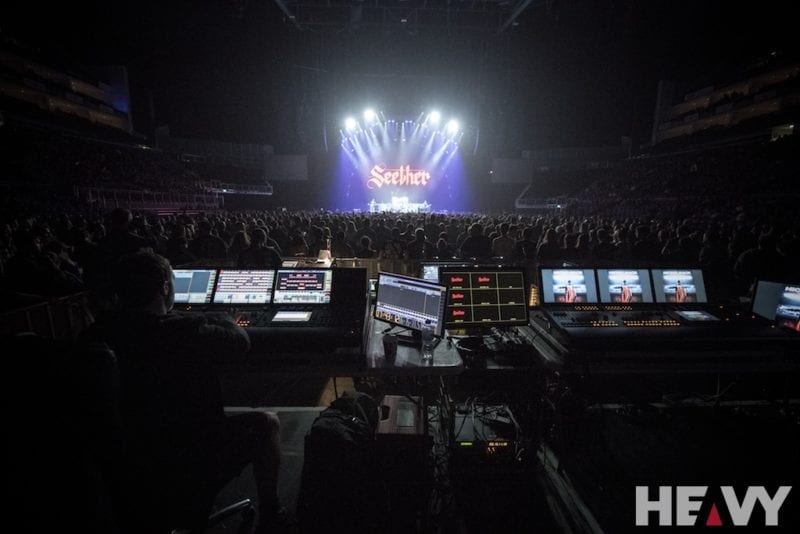