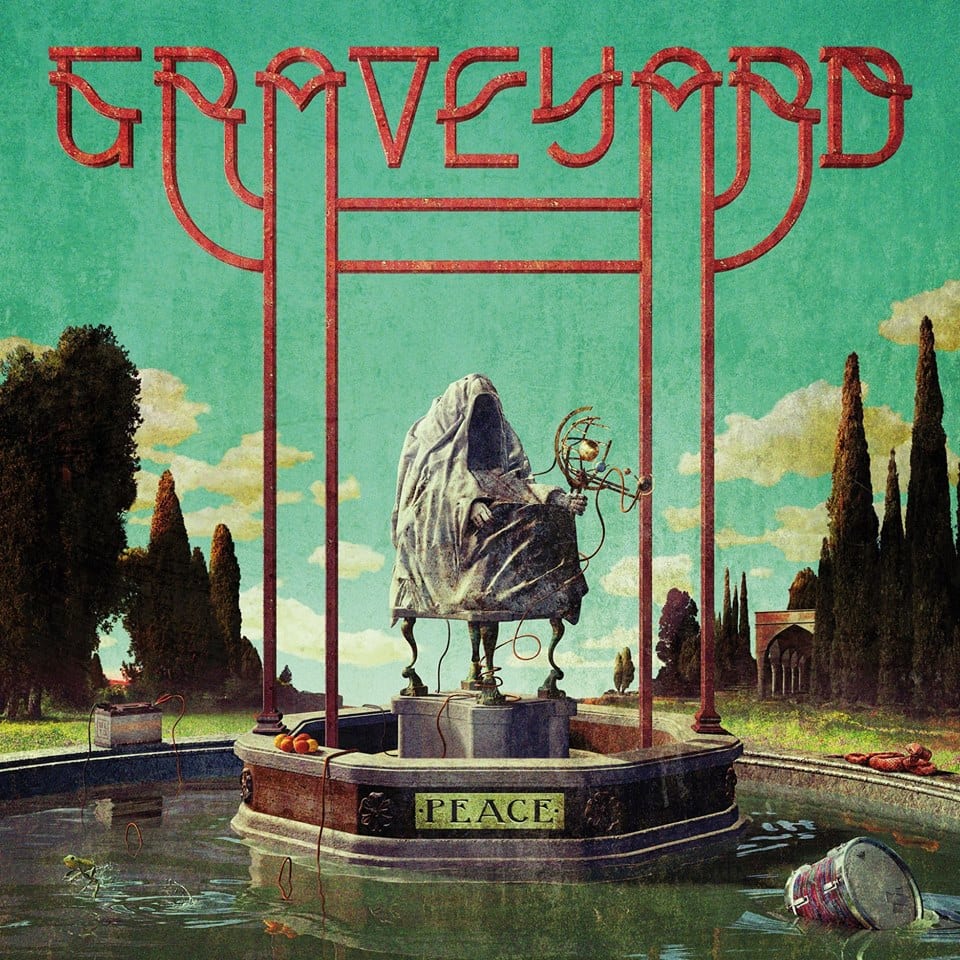 After announcing their break-up in December 2016, Swedish hard rockers Graveyard are back with studio album number five, Peace, through Nuclear Blast Records.

Those familiar with Graveyard would be aware that the band consists of an adept group of musicians who aren’t afraid of experimentation. While the album is far from being left field, what sets Peace apart from its predecessors is that it is by far the band’s heaviest album to date.

This reinvigorated sound can be attributed, in part to new drummer Oskar Bergenheim, who felt as though he had to up his game coming into the band. It can also be credited to producer Chips Kiesbye, who set out to capture the power and energy of the band’s live sound without relying on “studio trickery”. The end result is a hard rock album that showcases Graveyard’s passion, creativity and musicianship.

Opening track “It Ain’t Over” sets the tone from the get-go. A rocking tune with a great riff, cool solo, and tremendous vocals from Joakim Nilsson, who absolutely puts his heart and soul into every word.

Tracks such as “The Fox” and “Walk On” are vintage Graveyard, with an authentic, classic rock feel. This is contrasted with some slower, softer tracks such as “See The Day” and Del Maniac”, which reinforces the band’s ability to experiment with different moods.

I absolutely love the heavier tracks on the album such as “Cold Love”, “A Sign Of Peace”, and in particular, “Please Don’t”, which has a beefy rock riff and a powerful groove (think The Doors meets Kyuss), that are perfectly complemented by Nilsson’s screaming vocals.

Closing track “Low (I Wouldn’t Mind)” also shows off the band’s experimental side. An epic jam, laden with intricate riffs and tempo changes, it is the exclamation mark at the end of a poignant statement.

Peace takes the listener on a musical journey through a myriad of moods and soundscapes, from the peaceful ballad to hard-hitting rock riffs and soaring vocals. Graveyard has managed to build a monstrous studio sound that highlights their experimental side whilst staying true to their classic rock roots.