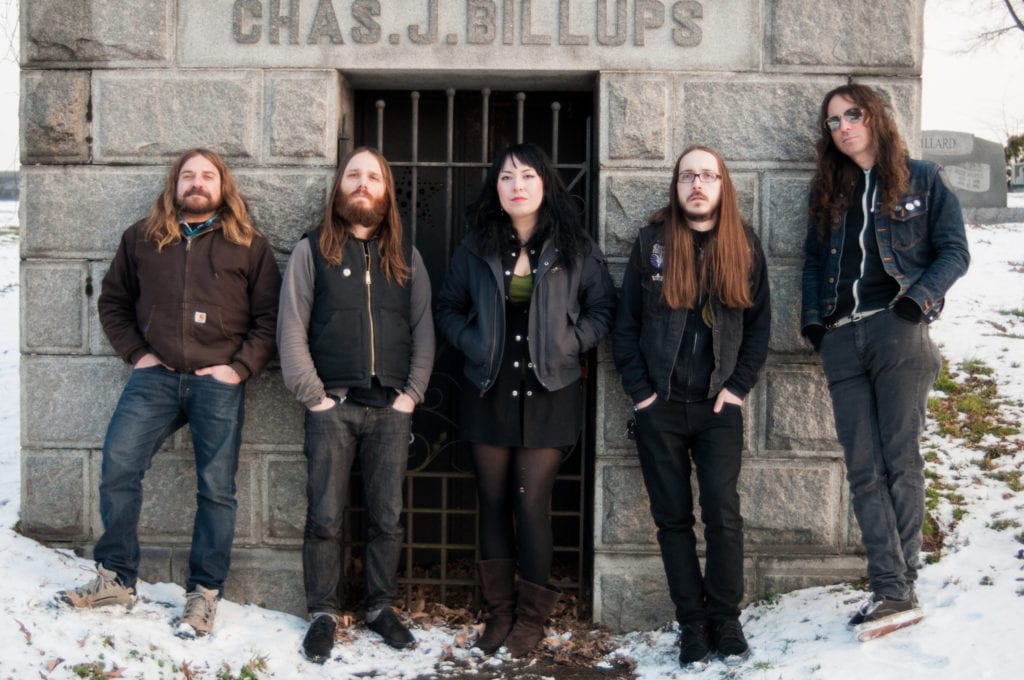 LIFE IS NOISE is thrilled to announce a selection of handpicked local support acts for Windhand and Cough’s joint tour across New Zealand and Australia from the end of March until early April.

As Windhand and Cough grace the San Fran in Wellington on Friday March 31, support will come from the deafening doom and drone of Ritual Abuse and the lush atmospheric soundscapes of Opium Eater.

The Kings Arms in Auckland will then play host to sprawling stoner three-piece Bloodnut and forest rock act Greenfog in all their haunting glory, come Saturday April 1.

Following that, Lizzard Wizzard and Indica will make an appearance at Crowbar in Brisbane on Sunday April 2. After releasing the follow-up to their self-titled debut earlier this year, Lizzard Wizzard have unleashed a harsher, more venomous sound with Total War Power Bastard backed by an equally gut-wrenching live show. Indica’s earlier set will douse the audience in tar during their performance, blurring the lines between heavy and spiritual.

Sydney’s Newtown Social then hosts Lord Sword and Dawn on Wednesday April 5. Boasting a hard-edged mix of sludge and doom, Lord Sword are known for a gritty mix of riff and melody, cleaving through audiences with reckless abandon. Dawn are also slated to unleash a hypnotic brand of doom as they warm up the venue. This will be our final show at Newtown Social. Come down for the doom farewell to the venue.

The following night showcases the immortal Space Bong backed by Tombsealer at Fowlers Live in Adelaide on Thursday April 6. Space Bong have shifted in sound much like smoke shifts in the wind, employing a highly revered form of stoner/sludge metal as thick as molasses and twice as dark. Tombsealer have been lauded for their uncommon mix of both doom and death metal, well worth the watch for both talent and ingenuity.

The next offering comes in the form of the towering Inverloch with Merchant on Friday April 7, shaking the walls of The Corner Hotel in Melbourne. Born from the ashes of late 80s doom act diSEMBOWLMENT, Inverloch returned with a sorely missed mix of atmosphere and brutality on their acclaimed 2016 release, Distance | Collapsed. Inverloch are also label-mates with Windhand and Cough on the metal heavyweight, Relapse Records. Merchant immediately received high praise as a psych-doom powerhouse upon last year’s debut release, pulling no punches when it comes to sludge soaked riffs.

The final leg of the tour brings Skullcave and The Pissedcolas to Badlands in Perth on Saturday April 8. Skullcave’s brand of doom-gaze has both turned heads and burst eardrums, rapidly earning them the respect of industry professionals and crowds alike. The Pissedcolas open on the night with a blistering mix of both post-punk and doom – fierce in dynamic yet oddly addictive.

Catch Windhand and Cough at any of the following dates:

Tickets from lifeisnoise.com, Oztix, the venues and undertheradar.co.nz for NZ shows.