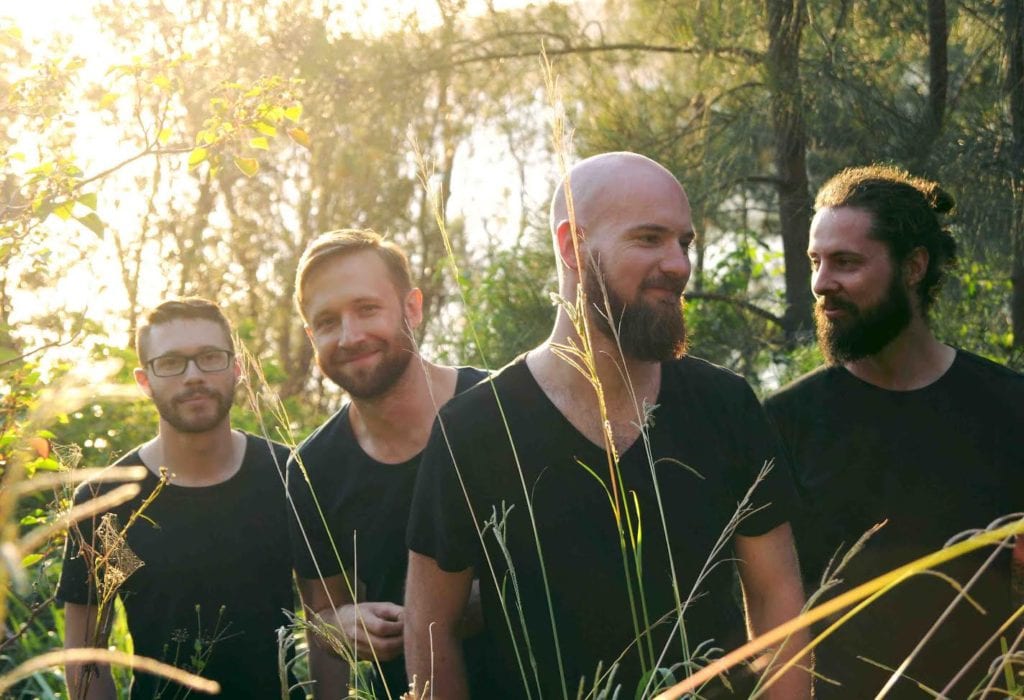 Post-rock trailblazers sleepmakeswaves have announced a massive start to 2017 with a plethora of tour dates and the news that their third album “Made of Breath only” will be released Friday March 24th through Bird’s Robe Records.

In February, sleepmakeswaves will kick off their touring as main support for reunited post-hardcore legends UNDEROATH at a series of sold out theatre shows around Australia. March sees them undertaking their headlining run of shows in China with a 10-date tour playing their biggest clubs and theatres to date.

Returning home to launch “Made of Breath Only”, sleepmakeswaves’ Australian headline tour will take place in March and April – May they will then continue on to New Zealand and another run around Australia as direct support for progressive rock icon DEVIN TOWNSEND at theatres across both continents.

In late 2016, the band put out a call to fans to help raise funds for their third album and a world tour through pre-orders via Australian crowdfunding site Pozible. They raised an overwhelming $45,000 to cover the remaining costs of producing the record, which follows 2014’s ARIA-nominated & J Award-nominated ‘Love of Cartography.’

The band posted the following message to social media. “It feels like the last 12 months have been leading up to today, and we’re incredibly excited/nervous/eager about recording this material with Nick DiDia, and performing it for you all over the world from early 2017. Thanks as always for your support. Your friendly neighbourhood postrockers, sleepmakeswaves”

sleepmakeswaves’ 3rd full-length album “Made of Breath Only” will be released on Friday, March 24th through Birds Robe Records. Pre-orders for the album are available now at sleepmakeswaves.com and in iTunes and JB Hi-Fi, as well as all good music retailers.

Made of Breath only by sleepmakeswaves 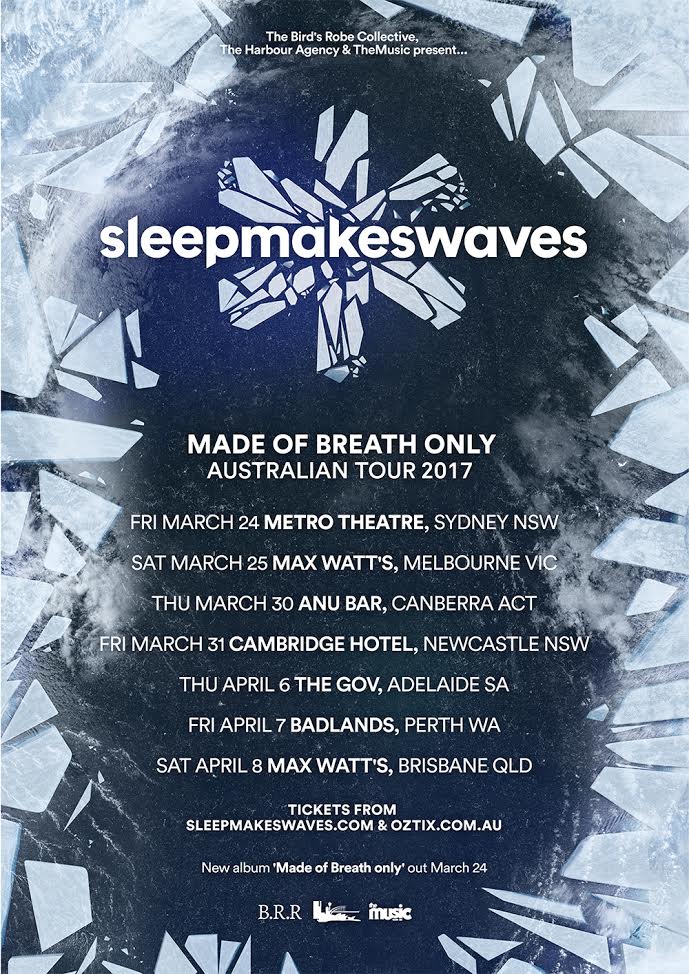