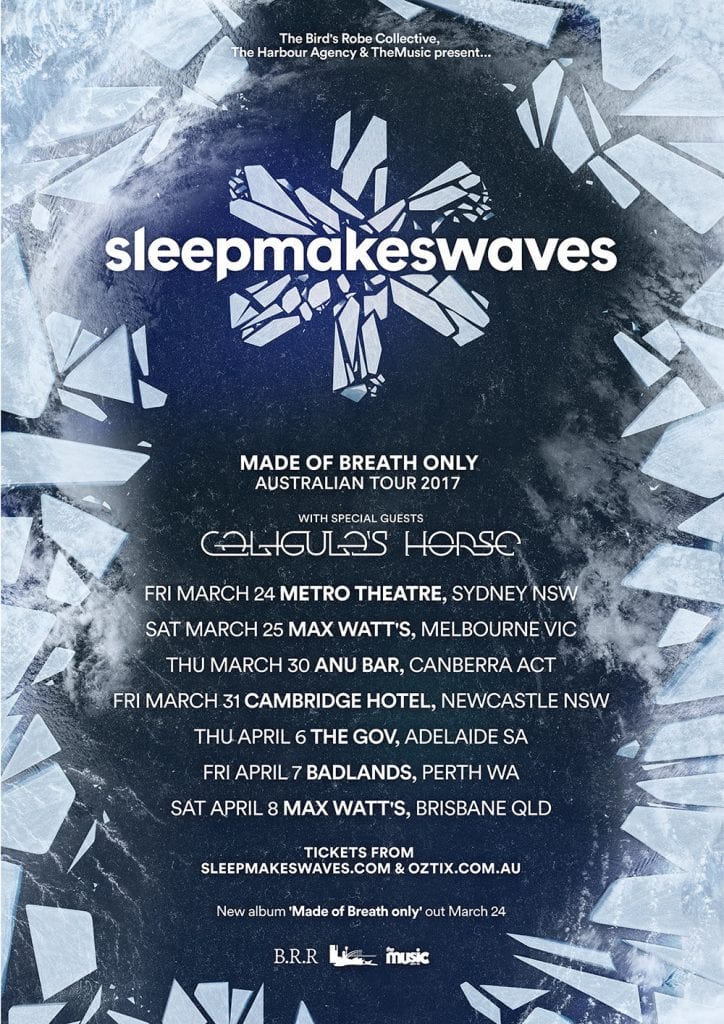 Post-rock trailblazers sleepmakeswaves’ third album “Made of Breath only” will be released THIS FRIDAY March 24th through Bird’s Robe Records – and today they are unveiling brand new track ‘Midnight Sun’ as well as announcing the remaining local supports on their headline album tour beginning in Sydney on Friday.

The new track ‘Midnight Sun‘ premiered on Sunday night with triple j’s Richard Kingsmill on his new music show 2017 to an amazing response. sleepmakeswaves have just returned from a packed-out 10 date tour of China, and will perform the track live, along with others from their new album, on their forthcoming Australian dates. Joining the tour at all shows as special guests are Australian progressive rock heavyweights Caligula’s Horse, and opening for this powerhouse duo are Solkyri and Stare at the Clouds (Sydney); PAGAN (Melbourne), Aerials (Brisbane), Glass Ocean (Canberra and Newcastle), The Unset (Adelaide) and Closet Space (Perth).

Tickets for all shows from www.sleepmakeswaves.com & oztix.com.au