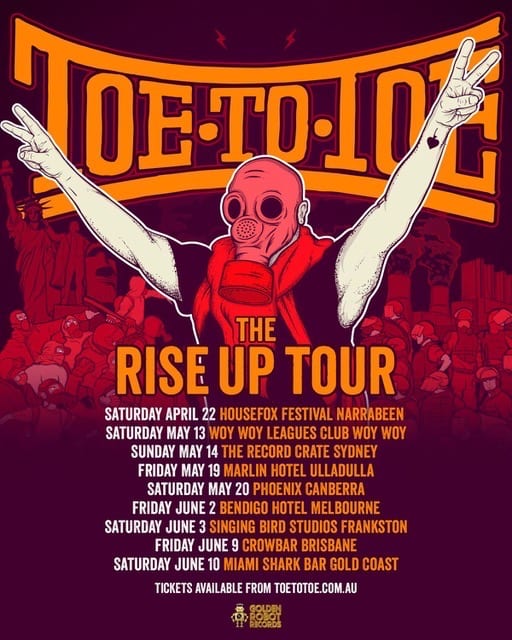 Australian hardcore legends Toe To Toe will release their new album, Rise Up on April 28 via Golden Robot Records.

The band have just announced an east coast tour in support of the release.
Beginning with an album launch show at Housefox Fest in Narrabeen, Toe To Toe will snake their way up and down the eastern seaboard until early June, bringing their patented riffage and attitude to fans everywhere!

The title track of the album is also it’s first single, the music video for the song was recently released.