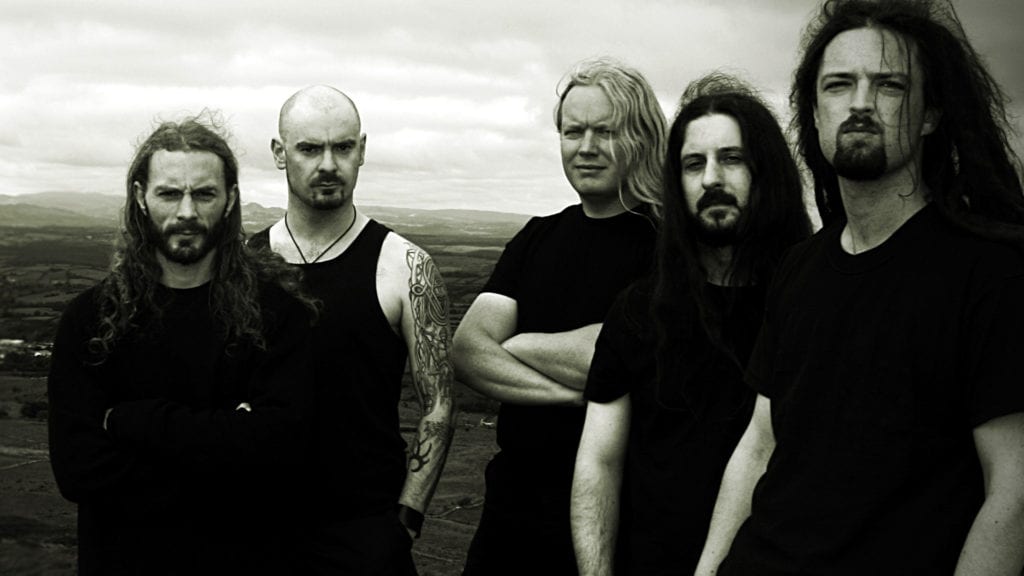 Irish pagan black metallers, Primordial will visit Australia for the first time ever this July for two exclusive shows!
With roots stretching back nearly 30 years, Primordial were the first black metal band to come from Ireland.
Taking influence from iconic bands of the genre such as Bathory and Celtic Frost and mixing it with the emerging Norwegian and Greek sounds that were beginning to form the second wave of black metal in the early 90’s to create something completely original. Primordial released their landmark debut album Imrama in 1995 which heralded the arrival of more melodic and folk elements to their black metal sound.
Evolving their sound further through the release of 98’s a Journey’s End and 2000’s  Spirit The Earth Aflame by adding traditional Irish instruments and song structures as well as mandolins and whistles, their Celtic identity became synonymous with their music. Across eight studio albums, the band have progressed. Keeping their trademarks but adding broader, heavier elements. The band are much darker sonically today than ever before, as evidenced on their latest album, 2014’s Where Greater Men Have Fallen
Over the last decade, with more and more extreme metal acts turning to pagan histories, the old ways and northern European history for inspiration, Primordial have risen to become a leading light. Each album release building on the last and gaining them more momentum as they took their message across the world. The pagan metal zeitgeist hit in 2008 when they toured the US for the first time after nearly two decades as a band.
Now, finally in their third decade, Primordial can add Australia to their list of conquests!
Primordial singer A.A. Nemtheanga comments: “Well it’s taken over two decades but we are proud to announce some shows in Australia. Even if we can confirm kinship with so many people down the years, toured with so many Australian bands, shared drinks and good times, it’s always been in Europe, seperated by geography and economics. So here we are… and we have some old comrades in Vomitor and Nocturnal Graves as support. Bring it on!…“
Joining Primordial for both shows are veteran Aussie death dealers Vomitor and Nocturnal Graves.
PRIMORDIAL will be performing on:
Friday, July 7: Max Watt’s, Melbourne
Tickets via maxwattstickets.oztix.com.au/Default.aspx?Event=70094
Official Event Link: www.facebook.com/events/238405096606664
Saturday, July 8: The Bald Faced Stag, Sydney
Tickets via www.moshtix.com.au/v2/event/primordial/93168
Official Event Link: www.facebook.com/events/782359778577746
Tickets on sale now!
facebook.com/primordialofficial
facebook.com/BlackConjuration