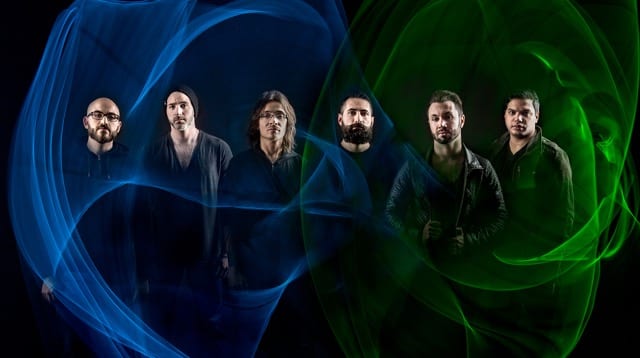 Share on facebook
Share on twitter
Share on reddit
Share on whatsapp
Share on email
Six-piece progressive metal juggernaut, Periphery will be returning to Australia next week in support of their new album “Periphery III: Select Difficulty”
Representing the vanguard of addictive, chaotic, challenging and cathartically inviting heavy music for the modern era, Periphery’s triple-guitar attack and rhythmic dexterity has won them a dedicated fanbase that encompasses subcultures ranging from the Vans Warped kid and the metalhead to the most dedicated Rush purist.

Circles & Polaris for all shows except Perth, while in Perth Chaos Divine & Make Way For Man will opening the evening.
Melbourne’s uniquely different heavy music exponents, Circles, create a distinctive fusion of powerhouse progressive rhythms, soaring lead vocals, and dynamic songs that have turned heads all over the world.
Bursting onto the scene with their acclaimed debut EP, The Compass, in 2011, the band established themselves quickly through expansive touring, spreading word of their incredible live show nationwide.
Their first full length, “Infinitas” arrived in 2013 via the prestigious UK label Basick Records which grew their international profile exponentially.
Several European festival appearances and a Euro tour with The Dillinger Escape Plan followed which ultimately enabled them to go out across the UK and Europe on their own headline tour soon after! Less than a year later they were back on the road in Europe once more on a 23 date tour with Monuments and After the Burial.
South Sydney Metalcore quintet, Polaris have built a reputation on the road for the last two years as one of the most exciting upcoming live acts in the Australian heavy scene.
Their second EP, The Guilt & The Grief was released 12 months ago and debuted at #34 on the ARIA chart and #1 on the AIR chart! Hitting the road in support of its release practically non-stop for most of 2016, Polaris sold out most of their headline tour and went on to support acts such as Stories, Plini, Intervals and Parkway Drive. With the November tour with Northland and Hellions plus their recent appearance at the Unify Gathering, Polaris have fine tuned their live show to devastating effect.
Perth’s enigmatic prog metal five-piece Chaos Divine have well and truly immersed themselves in a realm of sound and style matched by few, and admired by many. Leading audiences and listeners through a journey of uncompromising arrangements, crushing heavy riffs and soaring melodies, Chaos Divine have carved out an impressive reputation for delivering a powerful and dynamic live show, which has seen them support the likes of Slayer, Mastodon, TesseracT, Animals As Leaders, and Between The Buried And Me. Their latest release Colliding Skies was heralded globally as one of 2015’s best progressive heavy albums.
Six piece tech-metal scientists, Make Way For Man are comprised of members from past and current groups including Saviour, I, Said the Sparrow, This Other Eden, Reflections of Ruin, Vesper’s Descent and more.
TOUR DATES
On sale Now!
www.tickets.destroyalllines.com
Thursday, February 2: Max Watts, Brisbane w/ Circles & Polaris
Friday, February 3: Metro Theatre, Sydney w/ Circles & Polaris
Sunday, February 5: 170 Russell, Melbourne w/ Circles & Polaris
Tuesday, February 7: Fowlers Live, Adelaide w/ Circles & Polaris
Thursday, February 9: Capitol, Perth w/ Chaos Divine & Make Way For Man 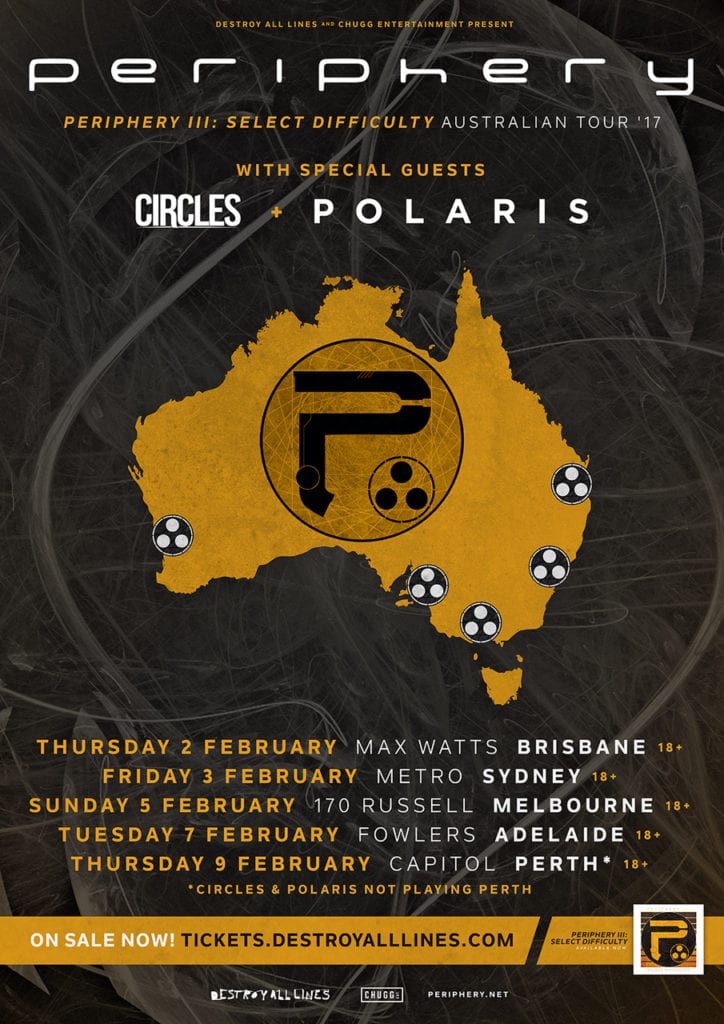