[NEWS] IS OPETH @ SYDNEY OPERA HOUSE A SELL OUT??? 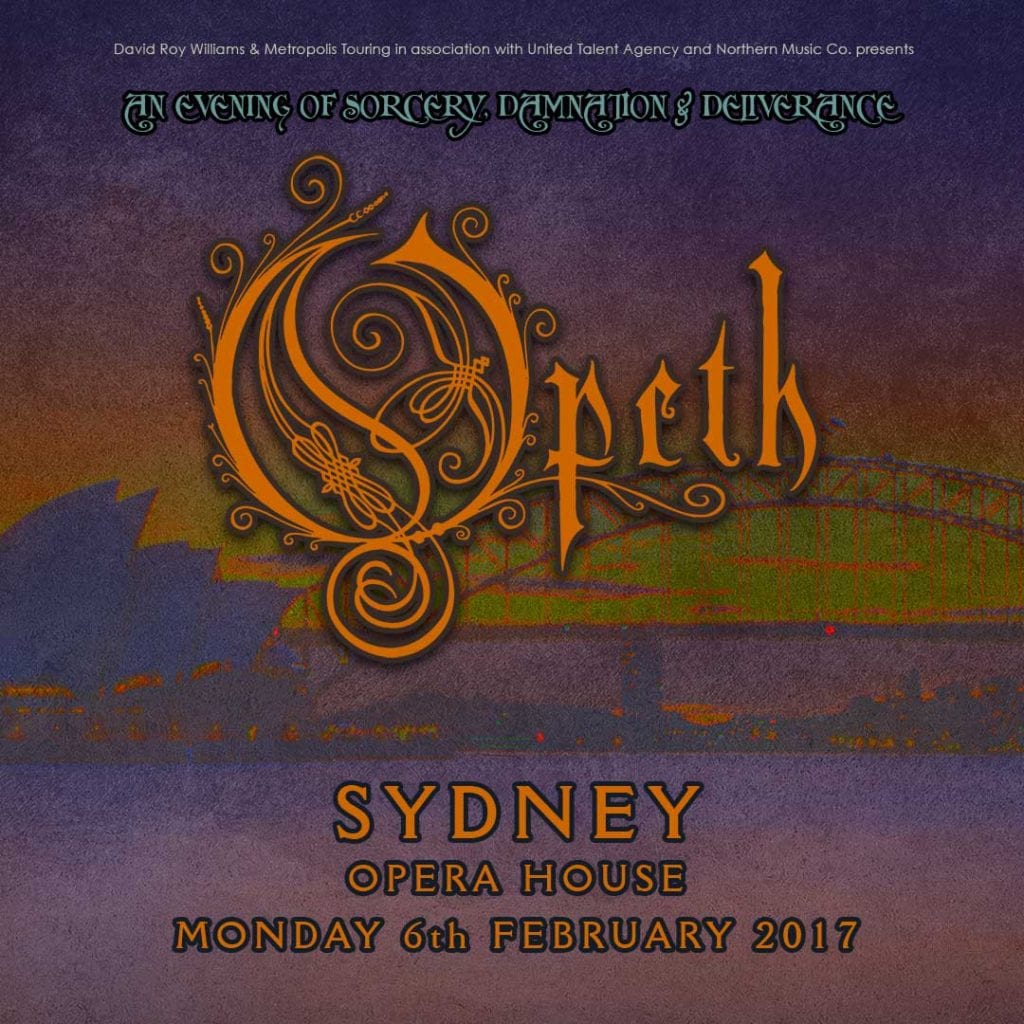 Opeth’s ‘An Evening of Sorcery, Damnation & Deliverance’ at the illustrious Sydney Opera House is predicted to sell out over the weekend—possibly on Friday 26th (that’s this Friday people!) when general tickets go on sale.

Don’t be a naked goblin; take hold of that credit card as a staff charged of mana, free up some gold on it for you and your fellow companions, and good luck getting a ticket!

Sweden’s musical alchemists, OPETH, will be releasing their bewitching, 12th studio album, Sorceress, on September 30th via the band’s imprint label Moderbolaget Records with Nuclear Blast Entertainment. In celebration of the release the band has planned special shows at historic venues around the world in support of the record, including Radio City Music Hall in New York on October 1st, SSE Wembley Arena in London on November 19th and the famed Sydney Opera House in Australia on February 6th 2017.

PRICING INFORMATION
Prices correct at the time of publication and subject to change without notice. Exact prices will be displayed with seat selection. Children aged 15 years and under must be accompanied at all times.

The authorised ticket sellers for this Event are Sydney Opera House and Ticketek. Please be aware that the Sydney Opera House has no obligation to honour tickets purchased via unauthorised re-sellers. If you attend the Event with a ticket purchased via an unauthorised re-seller such as Ticketmaster Resale, Viagogo, Ticketbis, eBay, Gumtree, Tickets Australia or otherwise, you may be refused entry to the Event.