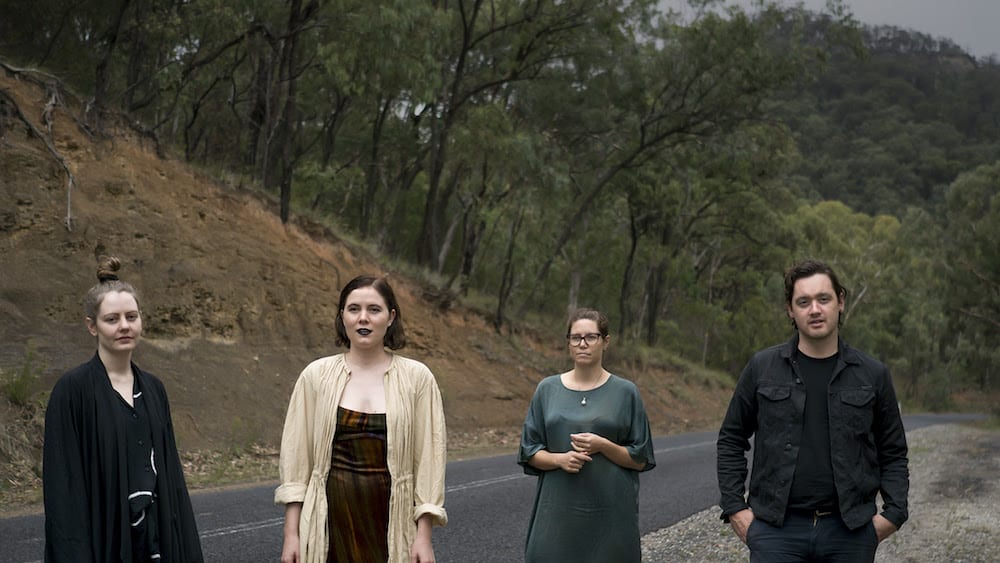 Sydney post-punk quartet MERE WOMEN have today released their new single ‘Big Skies’, the first track taken from their highly anticipated 3rd LP out this June via Poison City Records. Released together with an accompanying video, ‘Big Skies’ is their first piece of new music since the release of ‘Drive’ in August, and will be launched with a string of shows in VIC and NSW this April and May.

‘Big Skies’ is out now on all digital platforms. Watch the video for ‘Big Skies’ here, and tickets to the ‘Big Skies’ single launches are on sale now from the links below.

‘Big Skies’ is everything that encapsulates MERE WOMEN: it’s hypnotic, unsettling, intense, angular and dark. Driving drums, shaking bass and a haunting guitar hook lay behind Amy Wilson’s vocals which have a range of their own. Wilson explains ‘Big Skies’ “is inspired by when I was living out in a small regional NSW town. I left my friends and family and was living all alone in a big house. It was fun having all of that space and freedom but sometimes extremely lonely. I was told when I first moved to town that I should get a dog for protection which made me feel unsafe – like there was something I needed protection from.”

The video for ‘Big Skies’ shows the band wandering amongst the breathtaking scenery of the Capertee Valley, the widest natural canyon in the world nestled amongst the Blue Mountains 135km north-west of Sydney. The clip finds beauty in nature and the inanimate alike – industrial buildings, rusted pipes and abandoned furniture laying out on soggy grounds. Together they trek over roads and unstable hills, with moments of blue and red lights flooding the night.

With two LPs, including 2014’s acclaimed Your Town which Mess+Noise called “one of the most emotive and affecting Australian records in recent memory,” and split 7” with Melbourne outfit Gold Class under their belt, MERE WOMEN – Amy Wilson (vocals/keys), Kat Byrne (drums/vocals), Flyn Mckinnirey (guitar) and Trisch Roberts (bass/vocals) – will be releasing their to-be-titled 3rd LP this June via Poison City Records.

To celebrate the release of ‘Big Skies’, MERE WOMEN will be touring this April and May, playing four shows with special guests in Sydney, Melbourne and Wollongong. MERE WOMEN are also supportingAgainst Me! at Manning Bar in Sydney on May 11. 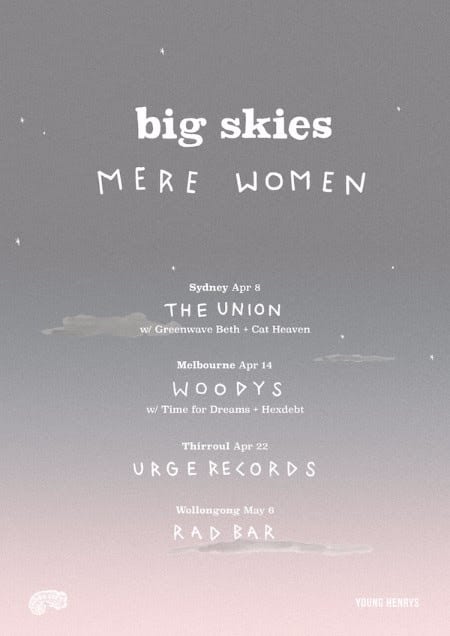