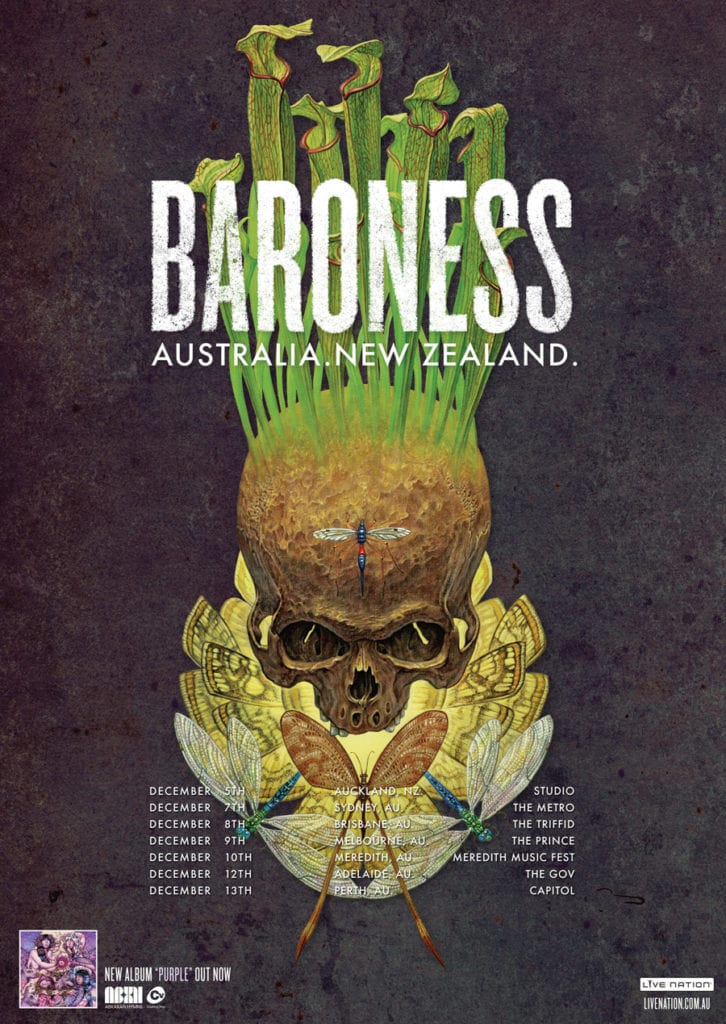 [vc_row][vc_column][vc_column_text]American heavy rockers BARONESS have announced their return to Australia with headline tour.

Kicking off the national tour in Sydney at the Metro Theatre on December 7, Baroness continue around the country playing shows at The Triffid in Brisbane on December 8, Melbourne’s Prince Bandroom on December 9, The Gov in Adelaide on December 12 and wrapping up in Perth at the Capitol on December 13.

Baroness previously supported Metallica on their 2010 Australian tour and were last here for 2014’s Soundwave festival.

In addition to their headline dates, this year they’ll also head to Meredith Music Festival.

Telstra Thanks pre-sale: 10am Monday August 22 until 9am Wednesday August 24

For tour and ticketing details, visit: