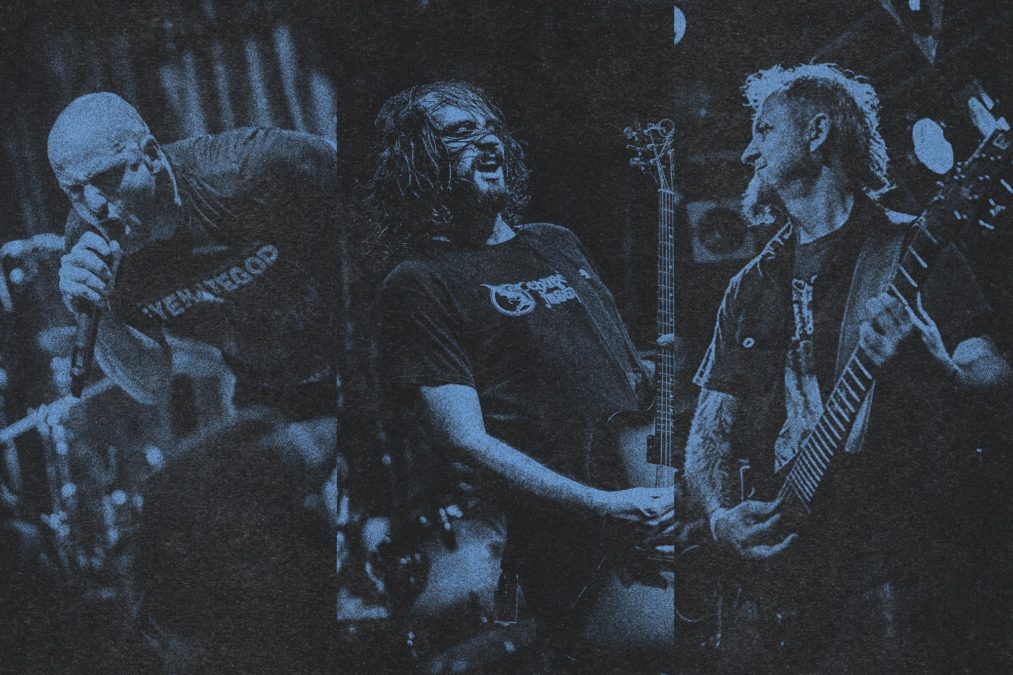 Today marks a new dawning for Australian music with the announcement of Cult Etiquette, an all-new PR company that is dedicated to servicing the world of rock, punk, hardcore, metal and every sub-genre in between.

Made up of a trio of identities well known in the music scene in this country, Cult Etiquette is the brainchild of Ryan Miller, vocalist for Sydney metal masters Black Rheno. Completed by Glenn Dyson from Soundworks Touring and Mariano Palomares (graphic artist and touring musician with Black Rheno), Cult Etiquette isn’t the result of a profit-driven corporation but is more a collection of people in the music industry that have the knowledge, dedication and professional drive to ensure success.

“This is our life, this is what we’re constantly doing all the time,” enthused Miller. “Essentially, the main thing we do is getting the band’s attention and getting them heard. If you’ve got a single or an album or a video – whatever it is that your band’s doing that’s interesting that you want people to find out about – you get us to contact the media and all the different online publications and street press and we go and liaise with the media for you. On top of that, we want to help band’s get their stuff together. We do things professionally and in a way that presents the band’s so that the gatekeepers of the industry take them seriously and they’re not just another band mucking around in the pub. There’s nothing wrong with that if that’s what you want to do but we are here to help people plan out and actually have a set structure. So many people don’t sit down and write down where they want to be in the next three or four years or know how to get there and the steps. Sometimes its common sense stuff but sometimes you need someone to point out common sense stuff to you and sometimes you just need to sit down and do it. If you haven’t done it before or haven’t spent a lot of time doing it, it can be a case of where do you start? We help package what band’s are doing in a way that presents well. You don’t want to manufacture an image that doesn’t suit you. You’ve got to work out who you are and bounce off that. People like to see genuine musicians and band’s that are true to themselves.”

While the benefits of a DIY campaign are obvious financially, it can be difficult for a person to adequately promote themselves or their band due to the simple fact that it can be uncomfortable heaping praise on yourself. On top of that, the workload alone is staggering and often takes valuable time away from the artist as they struggle to keep up with even basic protocols that are essential to a good campaign.

These sorts of things are often done more effectively by a third party, which is where Cult Etiquette comes in.

“Exactly,” Miller nodded. “With contacting the media, if people want to sit down for a few weeks collecting a couple of hundred emails they can do that. I’ve done it and it takes a lot of time (laughs). People can do it but the reality is it takes so long and if you’re working a five-day job and jamming twice a week and writing and pushing all your music, how well can you do every single thing effectively? Having people like us takes that out of it. We have the contacts, we know who to speak to, we know what time schedules and different radio programs to get you on. Having that person involved representing you sometimes carries that little extra weight to it. People can take you more seriously.”

Understanding that every musician or band requires individual representation, Cult Etiquette offers custom made plans for every campaign. There is no generic template that is chopped and changed for effect. Instead, each campaign is set up around what works best for that occasion, with full consultation and approval each step of the way.

“That’s what its all about,” Miller affirmed. “We’re not out to be the agency that has the hugest rosters with hundreds of bands. We’re out to work on behalf of bands that we really dig. We’re looking to work with band’s that are doing things that we genuinely love so that when we go out there we can represent them with proper passion and enthusiasm. You need character in the band. There might be someone that’s got an interesting persona for example so it’s about finding what it is in that group that we can latch onto that is cool and interesting.”

One important factor to understand is that Cult Etiquette is not a label. They are a PR company that is utilized for a particular purpose with a particular outcome and as such are contracted only for the duration of your selected campaign.

“We’re not a label,” Miller stressed. “Just like when you hire a plumber to come around and fix your taps you hire them to do a service and that’s the same as what we do. We don’t want anyone’s rights to anything. You’re just hiring us to work on your behalf and market and promote your band.”

As a band you can have all of the potential in the world at your disposal but unless people know who you are and what you are producing that will amount to little. A Facebook post here and an Instagram update there might get you to a select and limited audience but the true value lies in getting the word out to as many people a possible which is another area Cult Etiquette specialises in.

“You can be the sickest band around but if you don’t market and promote it then no-one will know about you,” Miller said. “Think about your favourite bands. How do you find out they are coming on tour? Because they advertise on HEAVY and they have a poster up on the wall of the venue and they have interviews and press releases being sent out to all the different media. That’s how you know because the publicity agency is working on their behalf and spreading the word.”