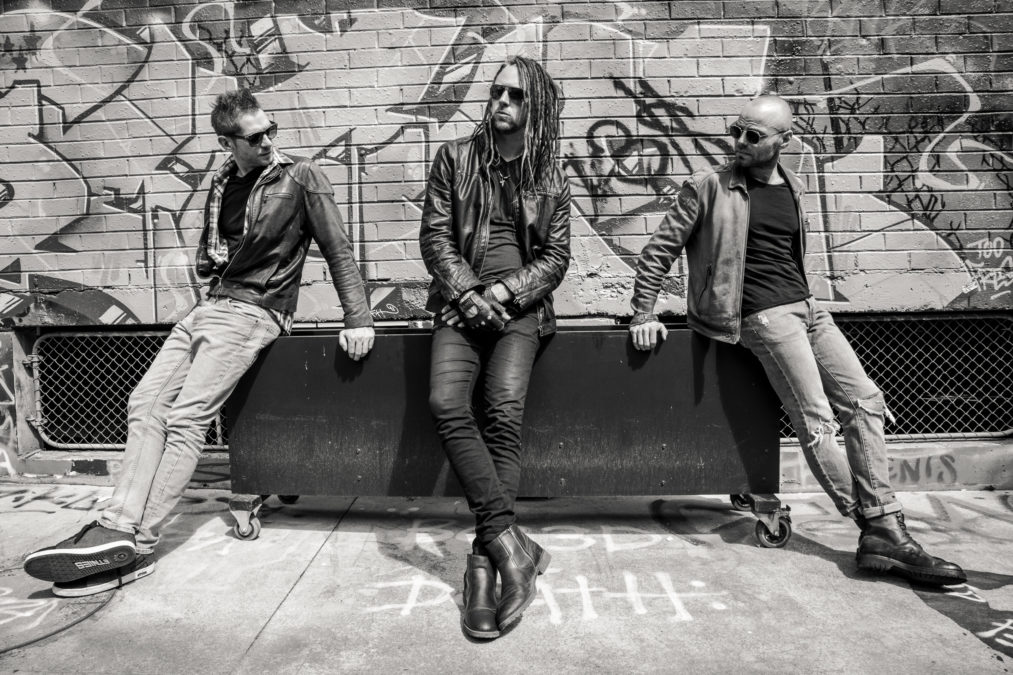 ‘Late Night Fever’ is the latest offering from rock sensations Tuscan Turbo, following on from the quirky rock number ‘ICE’.

In their own words, Tuscan Turbo is “a hard rock band from Melbourne, Australia, made up of three blokes that just don’t like things quiet.Yuri (drums) and Marco (guitar), met in Melbourne and laid down the foundations for a new rock band before completing the line-up when vocalist Jimmy Black joined the project. With Tuscan Turbo the name of the game is play hard, play loud, and have fun with it! So, hold on tight! This will only hurt a little!”

In keeping with their theme of real-life happenings, ‘Late Night Fever’ is about “one night hookups and feeling compelled to go back for more. It’s inspired by letting your animalistic side out and enjoying it!”

While currently having no definitive release plans for a proposed album, Tuscan Turbo have been anything but idle during isolation. They have around ten songs finished for the album but are toying with the idea of releasing it single by single before the end of this year.

Next to be released will be ‘Exorcism By Fire’, which, according to the band, will up the ante yet again.

“It’s going to be a bit heavier,” they teased, “and will talk about sloth, envy, pride, wrath, lust, greed and all of those other good things. It was written about digging deep inside yourself and vanquishing the parts of your personality you can do without. In this case, our frontman Jimmy did this sitting in front of an open fire in deep thought and meditation. These parts of me were personified as an alter ego.

In the meantime, wrap your ears around ‘Late Night Fever’, and see how much you can relate…