New Music From The BRAZILIANS 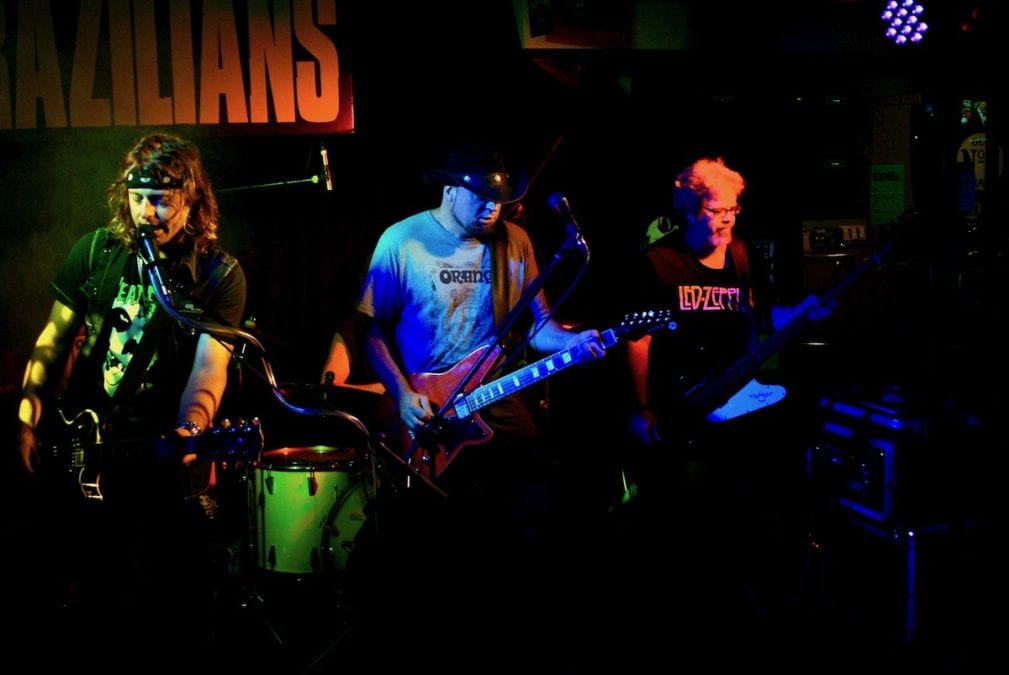 ‘Jet Black Soul‘ is basically a song about being sick of the shit in the world, identifying who is responsible and putting them on notice!

The film clip is put together from some concert footage. We wanted to capture the energy of the band live on a good stage a la AC/DCs ‘Highway to Hell‘ clips where they basically played the album live on a soundstage.

Bio: The Brazilians were borne in the pubs nestled amongst the Mulgrave Delta cane fields of deep Far North Queensland. The band got their start playing loud and proud, the twin guitar attack of Macalpine & Williams competing against the industrial din of the Gordonvale sugar mill pumping 24/7 across the road from their gigs.

In September 2018 The Brazilians busted out of the cane fields with the release of their debut album, Delta. With eleven powerful cuts, including the red hot lead-single ‘Delta Queen‘, and thunderously epic follow-up single ‘Rise Up‘ – the entire set-list blazes from beginning to end.

September 2019 The Brazilians released ‘Jet Black Soul’, the first of a string of singles leading up to their next album. The video for ‘Jet Black Soul’ received over 14000 views on facebook in the first week of release.

If you got the bands AC/DC, Rose Tattoo, Led Zeppelin, The Angels, Rival Sons and The Doors and put them in a blender full of lysergic acid, well.. you would have a big mess and be in a whole lotta trouble. But if you did that with the sounds of those bands, you would maybe approximate the sound of The Brazilians.

We hear you asking gentle reader,  “Why the fu#k is an Australian band called The Brazilians?”

The Brazilians name comes from the original lineup which featured Mark Burke on bass, someone was heard in the audience to comment about Macalpine and Burkes follicle challenged heads “Those bald C#nts kick arse!”  ( In Australia, a Brazilian means a shaved female pubis) and hence, the Brazilians were born.

PrevPrevious.Maintaining the Rage with THE MEANIES
Next.I BUILT THE SKY Announce New AlbumNext