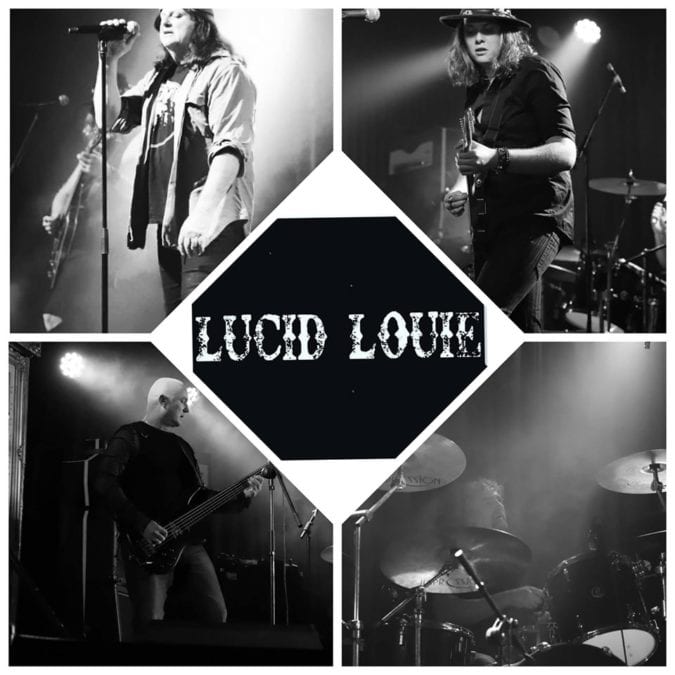 ‘Wild Bill‘ is a song about an American Wild West hero who has always been a fascination of vocalist Larry Attard. The film clip was filmed locally in Brisbane and is a bit of a tongue in cheek look at the old Western days.

This is the first song ever released from Lucid Louie and was chosen for its catchy, old school sound that will appeal to a broad listener base.

With an aim to bring back traditional, guitar-driven rock, Lucid Louie plans to release three more singles before looking to record an album or E.P.

Two things are certain in rock and roll.

Music is in the blood, and good music is timeless.

With this in mind, Lucid Louie plays to their strengths by delivering equal doses of each combined with an understanding of not only what made music great in the past but also what it needs to thrive in the future.

Blending classic rock such as the guitar-driven sounds of Thin Lizzy laced with the groove and feel of Deep Purple and the subtle aggression of Aerosmith with a splattering of modern rock reminiscent of The Black Crowes and Rose Tattoo, Lucid Louie have taken the rock and roll template and infused it with their unique mixture of sassiness and musical prowess.

With a diverse and eclectic musical background Lucid Louie have unwittingly combined the best elements of their past to create a familiar, yet fresh sound that while drawing parallels to some of the finest in their profession displays an aural output that is unmistakably their own.

Forget the next big trend or the current flavour of the week and instead lend your ears to a group made up of seasoned musicians who have not only been there and done that, but have also learnt and bettered themselves for the experience.

Lucid Louie are based in Brisbane but are prepared to travel far and wide in pursuit of their musical dream.