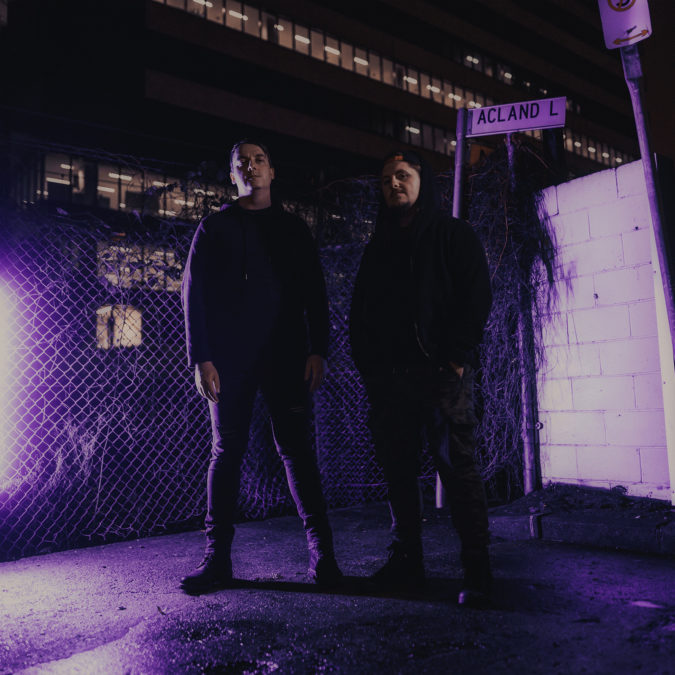 As Paradise Falls went from the precipice of world domination to the cusp of oblivion only a few years back.

After the resounding success of Digital Ritual, the band succumbed to lingering doubt and sorrow following the tragic death of guitarist Glen Barrie in 2015.

With members still struggling to come to terms with the loss the band lost its strength in unity, with Danny Kenneally (guitarist) being left as the sole remaining member to carry the name, and music, forward.

Thankfully, Kenneally maintained his self-belief and determination and forged forward, assembling a new line-up with some old faces to continue the legacy of one of this countries rising deathcore metal forces.

After over two years of silence from As Paradise Falls the band are back with a crushing vengeance, releasing the brutally chaotic “Bleed For The Crown” this week.

“The song was started getting written a couple of years ago,” Kenneally explained, “and we were going through a bit of drama at the time, that’s when we did a member switch up of sorts. Sean parted ways and Christian and John needed time out which just left me, which was cool. It was all mutual and they are amazing dudes and they had to do what they had to do. I went through a period of six to twelve months not knowing what was going on but at the end of that I came out with this song that became “Bleed For The Crown”. Lo and behold Ravi hit me up and said he wanted to come back because hewanted to be a part of it again se we decided to go for it. I showed him the song and he loved it. We demoed that at my place and a few others as well and went for it.”

In the full interview, Danny discusses the song musically, reveals details of the guest video appearance by Izzy Voodoo, tells plans of the next single including the name of the track, goes into more depth about the last couple of years, vocalist Ravi Sherwell returning to the band and more.

The video for “Bleed For The Crown” will be the Premiere Feature in HEAVY from 7 pm on September 23.