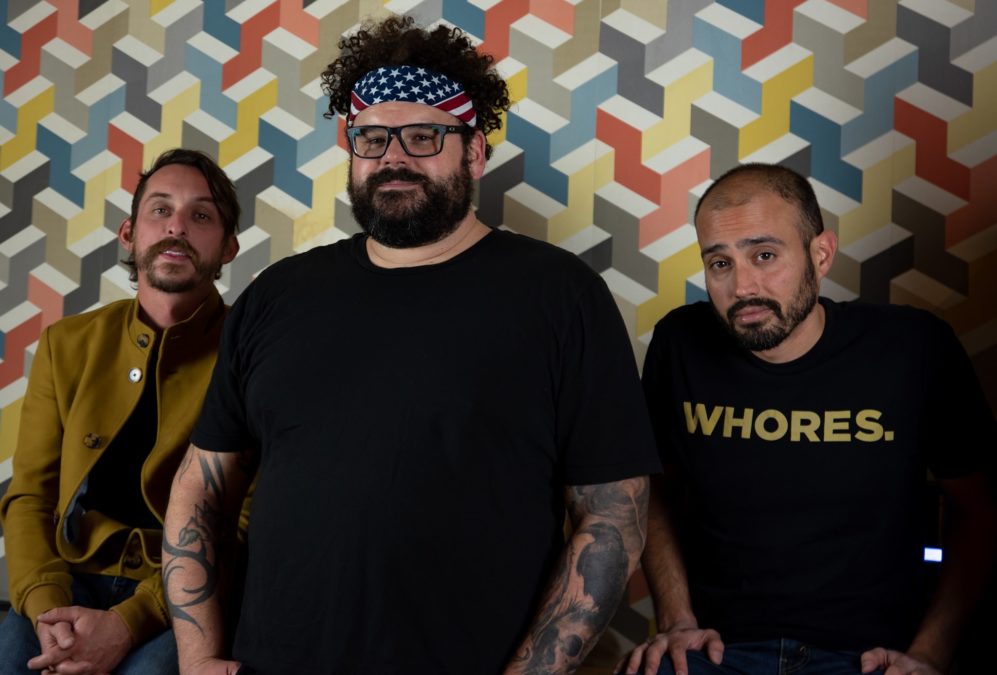 Nashville hard rockers Nehoda released their album But Anyways… last month but in typical across the world fashion it has taken the better part of a month for it to make an impact on this side of the globe.

Nehoda are the epitomal rock band – big hooks, a variety of influences from grunge to Americans to blues to rock n’ roll to alternative rock – and a sincerity to their music that is lost on too many bands in the modern era.

HEAVY sat down with all three members, Grayson Papa (bass), Jeremy Gill (drums) and Patrick Nehoda (vox/guitar) for an entertaining three-way chat that started with the reception the band has received so far for the album.

“It’s been good,” Patrick enthused. “We’ve sold some copies and had a really good album release and we’re working hard at plugging it and getting it out there so people hear it.”

With such a variety of musical influences, it stands to reason that But Anyways… would cover a broad spectrum across its songs, a point reinforced by Patrick.

“It covers a bunch of different emotions and genres I guess is, what most people keep saying,” he affirmed. “It goes everywhere from the singer-songwriter stuff to all out riff rock.”

Along with other bands the world over who can’t play live in the current world climate, Nehoda say that they tried to counter this by making the album sound as close to their live performance as possible.

“Our biggest goal was that we captured our live sound,” Grayson took over. “We went into the studio and just played. There’s very little overdubs, very little additives – we wanted to capture the vibe of us live. Here in Nashville bands have a very processed sound so for us it was important to go on and say this is who we are. This is what we’ve done and make sure it was as authentic to us as it could be.”

In the full interview, the bands talk more about the album and the songs on it, getting the right balance of their influences in their own music, the cover artwork and it’s meaning, the art of less is more when making music and more.