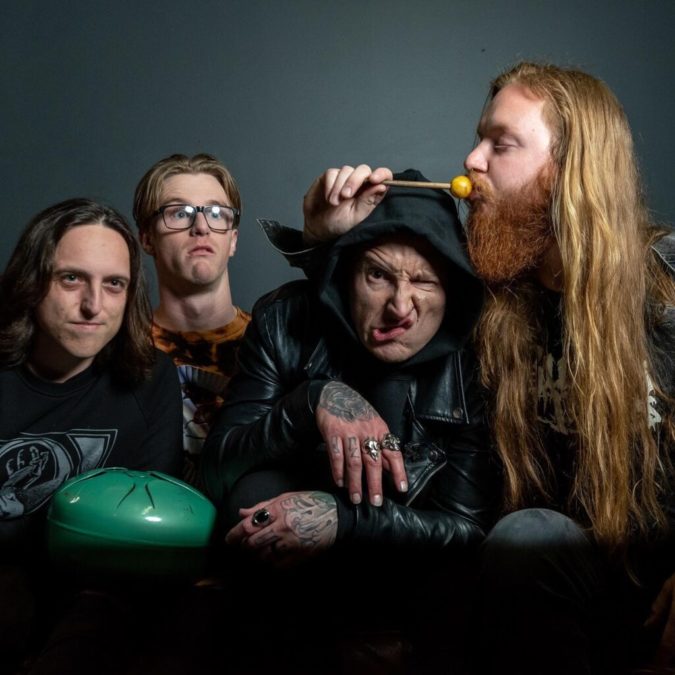 Sydney metal outfit Mountain Wizard Death Cult (MWDC) are much more than an awesome band name. They are one of a number of bands coming out of Australia with legitimate claims to domination on a global stage, with their upcoming release Wretch set to stake those claims even further.

Mixing Doom and Sludge metal to unique and devastating effect, MWDC are a spectacular live outfit, with enough chops and solos to more than compete with the vocal prowess of frontman JJ Brady.

With Wretch set for release as part of a split EP with Astrodeath on July 23 and MWDC gearing up for their first interstate tour, guitarist Chris Chaplin sat down with HEAVY to talk Wretch and other happenings.

“Wretch is our first track since Throne Of Putrid Light that was put out last year,” he began. “It’s pretty different I would say as far as stylistically. It’s in the same vein of music, obviously we’re a heavy band and have our roots in sludge and the atmospheric side of things, but it’s definitely in your face, hard hitting, and probably pretty straight to the point for us, I would say (laughs) compared to some of our doomier stuff. We’re pretty keen to get it out and see how people enjoy it because it’s pretty different for us.”

MWDC have always been a band that lets every part of their musical psyche breath, resisting the obvious lure of Brady’s vocals to structure music in a more measured fashion that plays to each individual member’s strengths. Wretch is possibly the first release to fully utilize the raw aggressiveness of Brady’s voice, with Chaplin nodding in agreement.

“Absolutely, as far as the track is structured, definitely,” he affirmed. “Like most of our songs it comes from us playing together, and then the instrumentation gets written, and we get the vibe and work on the vocals after that. It’s funny you mention that it is vocally dominant because that is one thing we thought that we wanted to have it come straight out of the gate with vocals and in the end it just needed it. It needed to be a straight-up punch in the face and just heavy.”

In the full interview, Chris runs us through Wretch in greater detail, the use of instruments as well as vocals in the band’s music and how they structure it successfully, the split EP with Astrodeath and where to get it, the musical direction of Mountain Wizard Death Cult, the upcoming interstate tour and how confident the band is it will all go ahead, future music and more.

Watch previous single Eyes Of The Sun Live At Housefox Studios below: 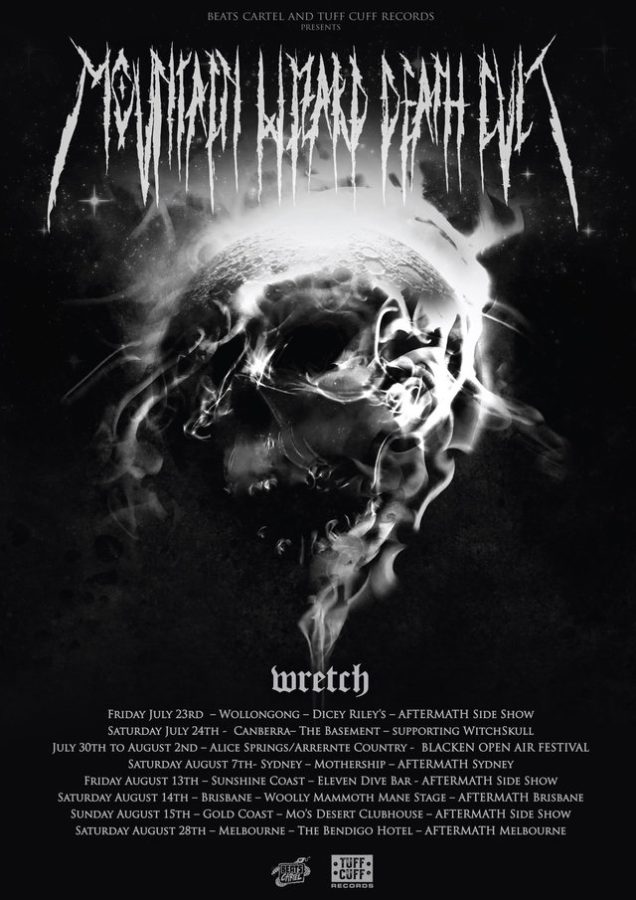