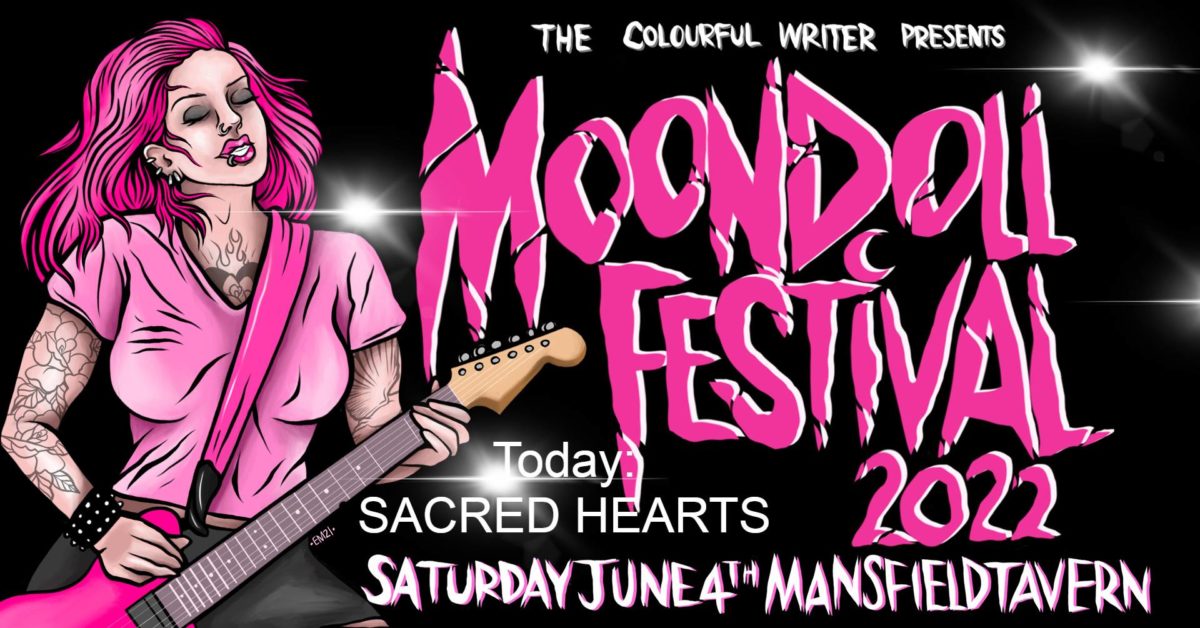 Today we speak with Sacred Hearts

SH: We are really looking forward to Moondoll 2022 – it was one of the first gigs that Sacred Hearts booked all the way back in 2021, and to finally be playing after months of anticipation is so exciting.

It’s wonderful to be playing alongside so many other great local alternative artists, it means a lot to be sharing the stage with bands who have similar ideals and aesthetics as us.

We’re looking forward to playing in the afternoon so we don’t have to ensure we’re still alive and ready to play too late into the evening! More energy spent on seeing some of the other amazing acts later in the day.

Comfy shoes and a sturdy hat can’t be forgotten, and staying hydrated is the top priority.

If by mischief you mean playing amazing music, we think Chiffon Magnifique, who makes absolutely  ethereal darkwave music that we love.

Sometimes we end our set with a familiar song, sometimes with a new song – it depends on how we feel on the day. We often like to close out with a high-energy song as it leaves the audience wanting more!

Our set is a mix of old songs and new – and (if you’re lucky) maybe a sneaky cover of another incredible Aussie band.

Catholic Guilt – it’s our upcoming single and so much fun to play live.

We are going to be releasing our next single very soon, and an EP to follow that. In the meantime, we’re playing lots of gigs around Brisbane so if you’re keen to keep up with what we’re doing, follow us on our socials to see where we are and where you can catch us next. Hope to see you around!