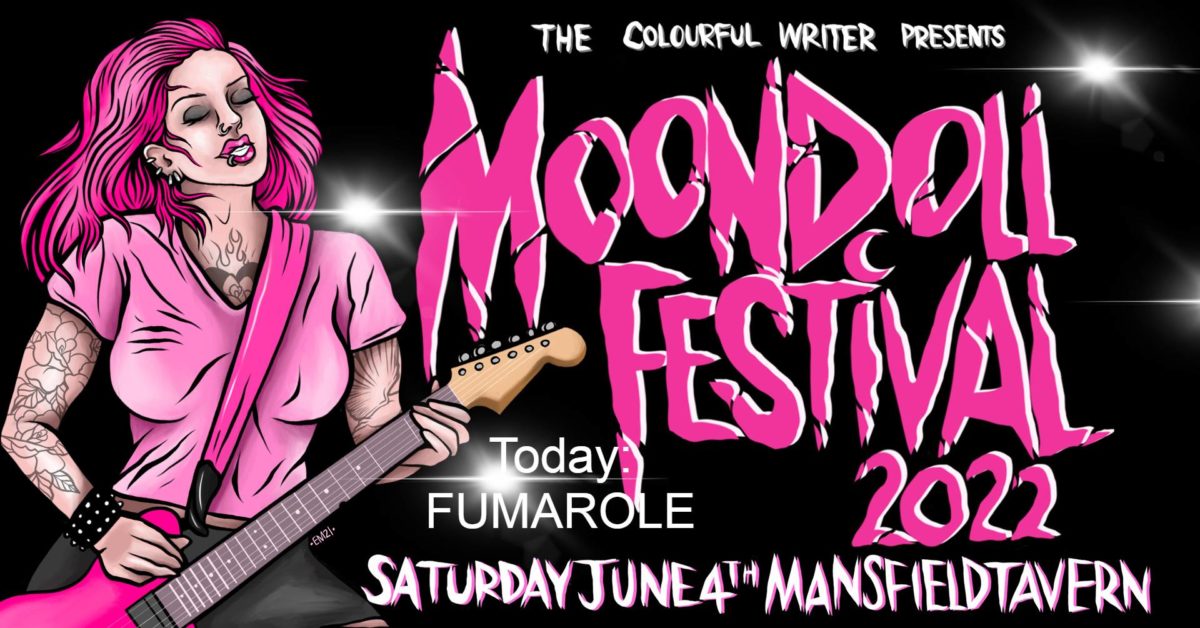 Today we speak with Fumarole

F: Hell yeah it does. It’s so cool events like this are back and MoonDoll has really stepped it up. It’s awesome to feel live music is back and we can all start enjoying each other again!

We’re psyched to be playing. Last year was awesome and I had a killer time as a punter so to be included as an artist this time round is really special. We’re fresh out of the studio with new songs to unleash onto the crowd.

The old tactical water never goes astray! I think the game plan is to save the heavy’s for stage

Make sure you eat, have some water as well as beers and prep for the bang-over the next day.

Ghost Smoke. It’s been a finisher of ours for a while. Its got a great movement to it.

Mothership. It’s got this riff that just wants to be played forever. Gonna be wild

War cry because it’s a strong song. Our new stuff has become much heavier so it’s probably the best one of Valley of Ten Thousand Smokes. Just expect our set to be a more aggressive with some of the new ones we’re playing now

Release a new single or two hopefully the album time permitting. Head down south to play some interstate shows. And we should have a new music video out.