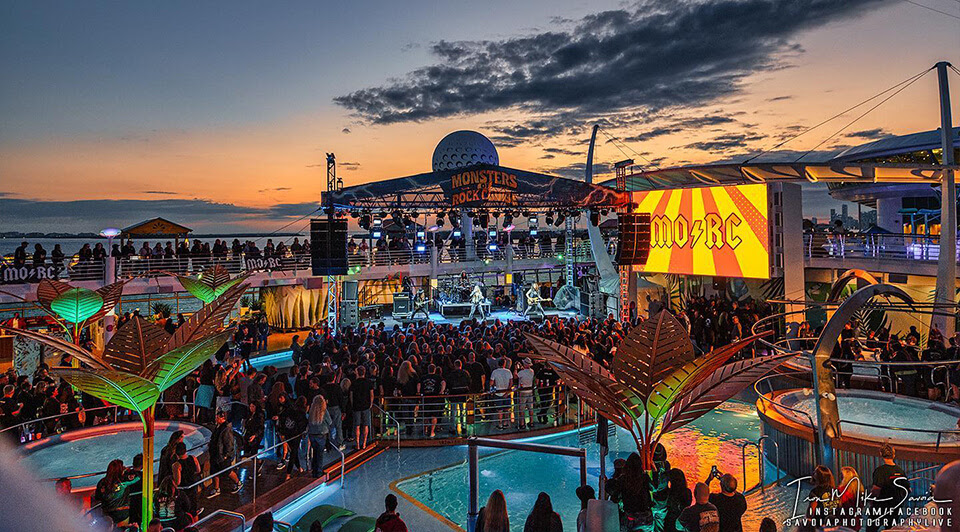 The annual Monsters of Rock Cruise, the world’s premier hard rock and heavy metal experience at sea, is returning for its eleventh year in 2023.

On The Blue Cruises has announced the five-day/five-night full-ship music charter will set sail April 29th – May 4th aboard Royal Caribbean’s Mariner of the Seas® and depart out of Port Canaveral, Florida. Dubbed They Came From Outer Space, the voyage will include two days at sea full of music (including performances from over 35 artists) and events, as well as visit two ports: Puerto Plata, Dominican Republic and the Private Isle of Labadee.

The public on-sale kicks off today (6/30), with cabins starting at $1,699.00 per person (double occupancy, not including mandatory taxes and fee supplement). For more info and booking, visit MonstersOfRockCruise.com and follow @MonstersOfRockCruise on Facebook and Instagram, and @MonstersCruise on Twitter.

In addition to performances, MORC ‘23 will host interactive events between artists and cruisers, including: Artist/Cruiser Q&A sessions, Gong Show Karaoke, “So You Think You Can Shred,” Cooking with Rock Stars, a new cast of Painting With Rock Stars, Rock Stars vs Average Joe’s Basketball, Comedy Punchlines and Backlines, with more to be announced. Furthermore, the cruise will host themed nights, opportunities to dine with selected bands, and artist photo experiences.