MONSTER TRUCK and ROYAL TUSK at Electric Ballroom, London on 27/4/19 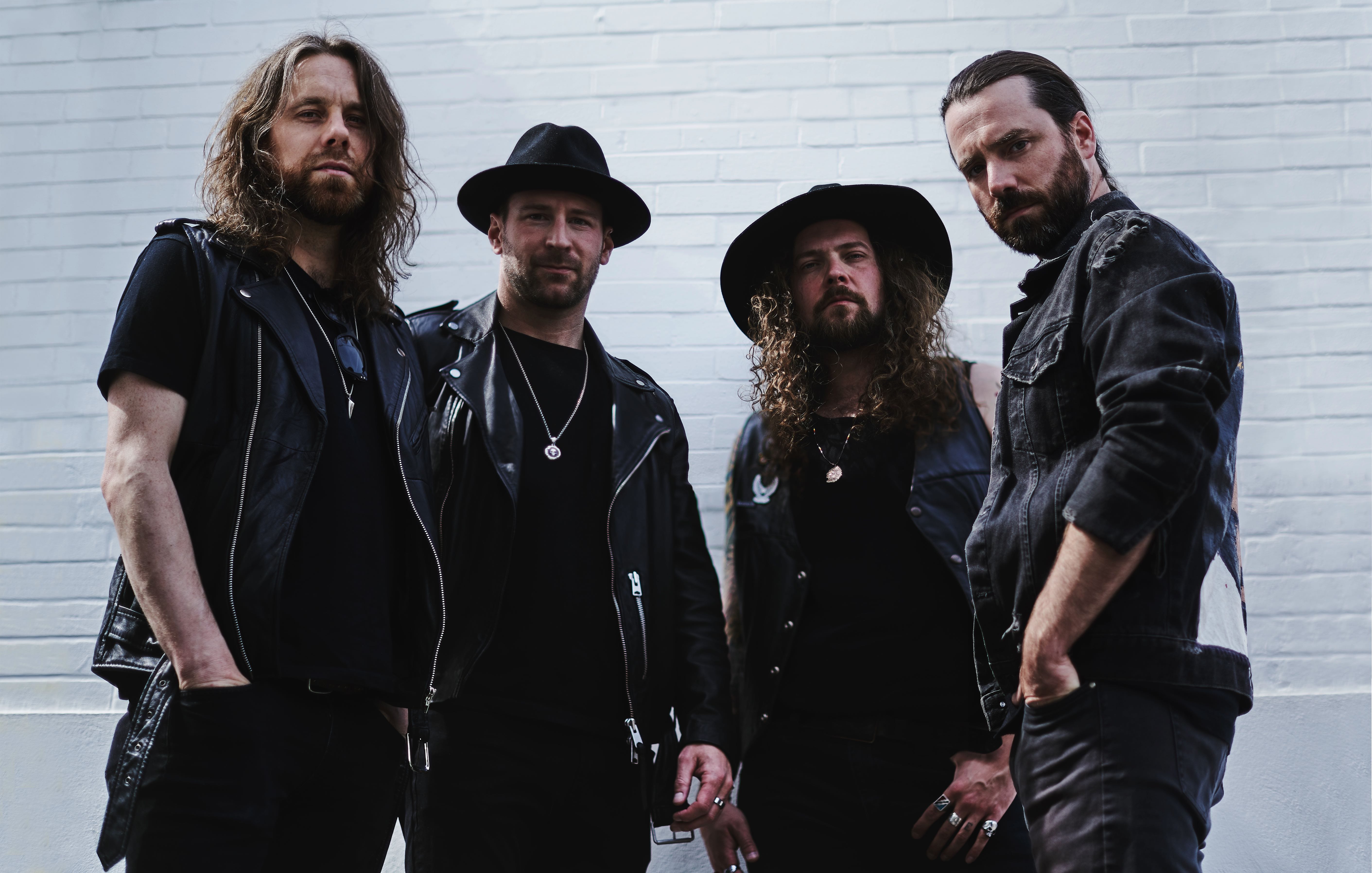 Gracing the UK with their first headline tour in over two years, following several festival appearances and a support slot with southern-fried rock brethren The Cadillac Three and Black Stone Cherry, Canada’s Monster Truck have slammed through 7 UK dates this month before reaching their UK finale at London’s Electric Ballroom.

Dry ice haze and a vivid cobalt blue flooded the Saturday night sphere of the Electric Ballroom, the calm prior to the storm brought by Monster Truck and support band Royal Tusk. Striding on to “March from Music for the Funeral of Queen Mary”, the grandly ominous theme from A Clockwork Orange, Royal Tusk set a precedent for a certain ultra-violence to their set, demanding noise and applause from the crowd before playing a single note. Tearing in with the bold Herculean judder of “First Time” and the bestially nasty groove of “Freedom”, Royal Tusk demonstrated their aptitude in conjuring riffs that pull listeners in to the hot core of the earth with a devilish tug of a shepherd’s crook.

Whilst frontman Daniel Carriere shone in his storytelling, positively convulsing with voltage at certain moments in Royal Tusk’s set, it was bassist Sandy MacKinnon who poached the attention throughout: all low, wide-legged stances, war cries and gruff bass machismo, his performance persona was alike to an enraged underworld ringmaster.

Royal Tusk tussle with a balance of light and dark within their songs, a mesh of storm-brewing riffs and sanguine vocal tones, but it was the post-grunge-stained darkness that enthralled the most, as in the thick juggernaut track “Die Knowing”. A cover of Audioslave’s “Cochise” affirmed their influence by and dedication to nebulous roars of Hadean vortex riffs, the unmistakable percussive intro riff of “Cochise” incited a flutter of anticipation in all concerned before Royal Tusk kicked into its engulfing tumult.

Letting the crowd simmer to Rainbow’s “Long Live Rock N Roll” before claiming the stage, Monster Truck ravished with a delectably cosmic stoner-toned intro before ripping into the seams of the atmosphere with the gnarled crunch of “The Lion”. Frontman lion-maned Jon “Marv” Harvey instantly imposing yet simultaneously devil-may-care with his alluring vocal snarl, the Truck brought a hairy tornado of warm psychedelic moans, bucking-bronco bustle and king-of-the-pride roars.

Monster Truck’s prowess is in their ability to ignite a flame in the belly of every spectator, their live rock’n’roll blasting with enough vigour to demolish supervillains. Tracks like “The Enforcer”, with its percussion of stadium enormity, gripped the crowd by the throat with relish. Ever-impressive set highlights “She’s A Witch” and “New Soul” erupted with fearsome volcanic vivacity. “Devil Don’t Care” sauntered in with blues predation, and here guitarist Jeremy Widerman prowled alongside his riff, sporting all-engulfing hair to rival Wacky Races’ The Slag Brothers. Widerman was animated throughout like a crazed wrestler in the ring, taunting the crowd with his battle cries. However, the Truck’s combat-ready demeanour was put on hold for a TGI Friday’s style presentation of candle-lit birthday cake to birthday boy keyboardist Brandon Bliss, a charming demonstration of playful camaraderie between the band members.

Whilst it was easy to neglect Bliss’ keys amongst the blaring hubbub of guitar, bass and drums, when they were observed it was with appreciation: the scurrying keys of “Thundertruck” working with the growling guitar and bass like a courageous mouse running apace with lions; the buoyant boogie bop of piano in “Things Get Better”; the shining hum of keys soaring alongside the sultry blues guitar moans in “For The Sun”. “For The Sun” was a 101 in live rock balladry, an enrapturing blues-drenched ballad of captivating vocals that by no means disrupted the pace of Monster Truck’s set but enriched it with velvety luxury amidst the rampant raunch.

Closing with the bewitching brawn of “Sweet Mountain River”, “Why Are You Not Rocking?” and an unexpected cameo of the rarely played “Sworded Beest” from The Brown EP (2011), Monster Truck departed their realm of quaking rock’n’roll with a crowd of jittering adrenaline-infused persons in their wake.