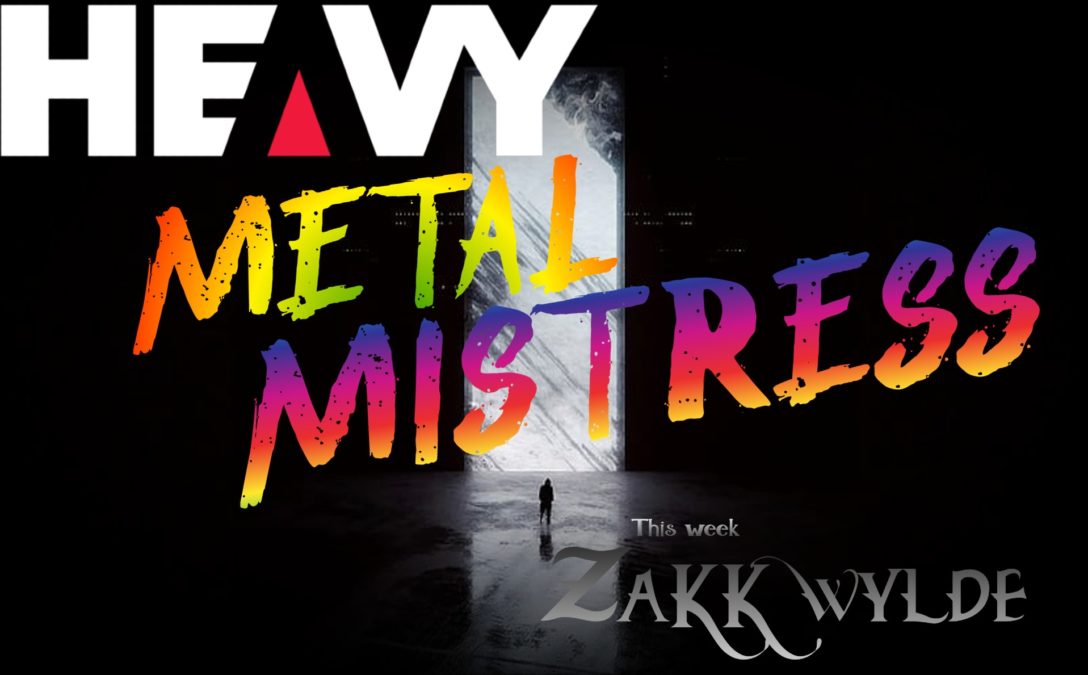 This week we delve into the career of Zakk Wylde who plays with Black Label Society and Ozzy Osbourne, as well as a couple of other projects along the way…

“You’ve got certain guys that just want to be famous, and then you’ve got the real musicians that just love playing music.” – Zakk Wylde

Zachary Phillip Wylde (born Jeffrey Philip Wielandt) is better known to the music fraternity as Zakk Wylde, guitarist extraordinaire and competent vocalist in his own right.

His two dominant outfits in Black Label Society (which he founded, plays lead guitar for and assumes the role of lead vocalist) – and Ozzy Osbourne (lead guitar) are two of the most recognizable and influential bands of metal history. His skills on the guitar are unrivaled, and his musical accomplishments will forever be seen as the barometer for success in a world where fame is fleeting and ability is generally offset by self-gratification and excess.

Not so Zakk Wylde, who is also one of the most affable and genuine musicians in metal, period.

His hulking frame is both intimidating and comforting, and, coupled with a wry sense of humour and bellowing laugh that could crumble the doors of Valhalla themselves, Wylde is the consummate gentleman, both on and off-stage.

“Around my house, I won’t even speak to my family unless they first address me by my official Berzerker name, Godred Crovan, Victor of Sky-Hill and Ruler of Man and the Isles. And now that I think of it, that’s probably why nobody speaks to me unless it’s time to feed the dogs or take out the garbage.“

After forming Southern blues-style metal outfit Pride & Glory in the early 1990s and releasing one self-titled album, Wylde disbanded the project in late 1994.

From there, he recorded the solo acoustic album Book Of Shadows – which would not generate a highly anticipated second chapter until 2016 – before writing and recording what would become Black Label Society’s debut album Sonic Brew with drummer Phil Ondrich. The project was intended to be called Hell’s Kitchen, but in the end the name Black Label Society was chosen in reference to Zakk’s love for Black label Whiskey.

Just over a decade earlier, Wylde had auditioned as lead guitarist for Ozzy Osbourne’s solo project and was hired to replace Jake E Lee, who had replaced Brad Grills who had taken over from Randy Rhodes following his untimely death.

Wylde was a massive fan of Rhodes and to this day credits much of his playing style stagecraft to that of his former guitar idol.

In 1988 Wylde played on Ozzy’s No Rest For The Wicked and by the time Black Label Society became its own entity in 1998 he had released two more albums, No More Tears and Ozzmosis with the Prince Of Darkness.

“Here’s the story: When Jake E. Lee left, I put the word out that I needed a guitar player. You can imagine how many guitarists sent in their résumés—it was fucking mind-boggling. So after a while, Sharon started bugging me—“When are you gonna listen to these tapes?” I just didn’t want to deal with it. I’d tell her, “Whatever, whatever.” So one morning I decided, “I gotta do this.” I stuck my hand in a bag and pulled out a tape, and Zakk’s tape was the first and only one I listened to.” Ozzy Osbourne

In fact, Wylde had been in and out of Ozzy’s band three times by the time he started Black Label Society.

BLS quickly became a functioning band in their own right, releasing Stronger Than Death in 2000 and 1919 Eternal – which was dedicated to Wylde’s father – in 2002.

Rob Trujillo briefly joined the band on bass before crossing to Metallica in 2003, but BLS were always Wylde’s baby and the guitarist orchestrated the band in his own image.

“That’s why for Zakk Wylde’s Black Label Society the colors are black and white. There are no gray issues. Life is black and it’s white. There’s no in-between.“

BLS released The Blessed Hellride in 2003 and by that stage Wylde had pretty much been a one-man army in the studio, recording every instrument except drums. He handled vocals duties, guitar, piano and bass on the recordings.

“It’s pure Black Label. It’s about violence and booze. That’s all it is. There is no plan.“

BLS continued releasing albums with regularity, with Mafia and Shot To Hell in 2005 and 2006 among the standouts in a stellar career.

“If I’m playing with Ozzy it’s just a guitar thing. But with the vocals I feel like I’m studying for the SATs.”

He also took part in the Generation Axe Tour in 2016, 2017 and 2018 with Steve Vai, Nuno Bettencourt, Yngwie Malmsteen, and Tosin Abasi.

In 2016 Wylde finally relented and delivered fans the next chapter to Book Of Shadows, titled Book Of Shadows II, which featured Corey Taylor from Slipknot on the track Sleeping Dogs.

Wylde signed back up with Ozzy in 2017 joining his band for a select number of dates during Osbourne’s 2017 summer tour and then performed as part of the No More Tours II tour.

Osbourne recently announced a new album is in the works, telling Loudwire in an interview late last year that he had an all-star guest list of guitarists with Wylde, Toni Iommi, Eric Clapton and Jeff Beck joining him on the album.

Then, in an interview with Music Radar, Wylde revealed that he would slide over to rhythm guitar to play on the record. “It definitely sounds slamming,” said Wylde. “The same goes for all the guys – what Tony Iommi played, and then Eric Clapton and Jeff Beck, it’s all killer for sure. On those tracks I’m playing rhythm guitar for my heroes… it’s crazy! It sounds awesome and I’m beyond honored to be doing it.”

Black Label Society continues to tour and release albums, with last year’s Doom Crew Inc. widely regarded as one of their best since Mafia. The album’s single Set You Free was chosen by Loudwire as the 22nd best metal song of 2021.

“Without Ozzy, I wouldn’t be talking here with you right now. I’ve always loved Ozzy, he’s always been one of the coolest guys and he’s like an older brother and it’s truly blessing. I still talk to Ozzy cos he’s family to me. Just because Black Label is full time, it doesn’t really matter. Because if Gus G.’s wife was having a baby and Ozzy wanted me to fill in, I’d do it. The thing is, with Ozzy, he introduces you to the world, and whatever you want to do is up to you. What are you gonna do? We all gotta have jobs and pay bills. Ozzy offered me an opportunity and introduced me to the world, and you just gotta role your sleeves up and get to work instead of sitting on the couch, talking about how you’re gonna be bigger than McDonalds”.