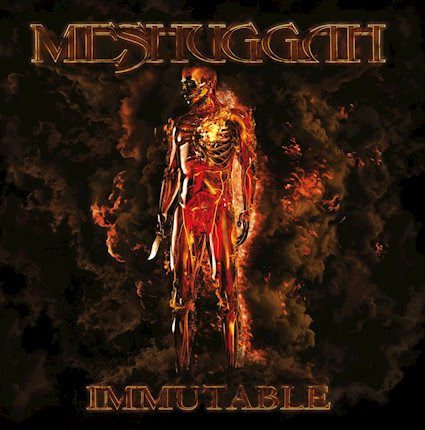 Here in the ongoing shit show we acknowledge as 2022, Sweden’s maestros of extreme musical excellence, Meshuggah, are nine studio albums into their metal genre-defining career and STILL as relevant today as they were when their first release Contradictions Collapse was unleashed upon our unsuspecting existence in 1991.

From day one, the influential Swede’s have defied and destroyed all natural traditional methods of musical creation, focussing on ways to bend the normal formats of song structure and writing plus challenging our common ways of listening to and enjoying metal.

Their clear intent from their beginnings was to stand out amongst their peers. Even today, after thirty years of unrivalled brilliant release after brilliant release, Meshuggah still has no equal or worthy combatants that can challenge them in an arena of creativity and relevance. Fuck…they created a genre along with eight-stringed instruments of destruction to carve the djent commandments into, all the while continuing to reinvent the extreme confronting audio paradise we choose to revel within.

So that is why this review is not going to be some long-winded essay that outlines and breaks down all nuances and intricacies contained within the excellence that is Immutable, nor should I need to because unless you’re just discovering heavy music for the first time you are fully aware of Meshuggah and their importance within the wider metal world regardless of whether you like them or not.

I happen to love them as much today as I did when I first heard them thirty years ago, throughout that time and with each new release Meshuggah continuously blends and blurs the colors of creativity, attempting to readjust the artistic strokes of musical genius.

The pinnacle of this in my irrelevant honest opinion is Obzen (2008) (I mean, we all know and agree that BLEED is one of the greatest metal songs ever written!) with Koloss (2012) and The Violent Sleep Of Reason (2016) not being far behind!

Which is where circa 2022 Immutable gets removed from the easel, framed delicately to be placed upon the gallery wall for the world to revere.

Now, Meshuggah have by no means rewritten the djent manifesto, what they have done is uncompromisingly delivered a near dirge feeling of grinding sombre tunes putting a mirror up to the face of the world as we know it. The thirteen tunes we bear audiological witness to are both confronting and comforting.

The chosen track first to be released was The Abysmal Eye, and whilst this is classic Meshuggah I think there are better tracks on the album such as Light The Shortening Fuse or Ligature Marks that could have better been served to the world.

But who the hell am I to dictate to anyone, let alone one of the metal world’s greatest heavy entities, the mighty Meshuggah, what they should or should not blare out of our stereos?

Immutable is the soundtrack for our current state of worldwide bleakness, just as Meshuggah are the warriors forging the way forward to meet our confronting grinding halt.