MERCYFUL FATE Return To Their Origins 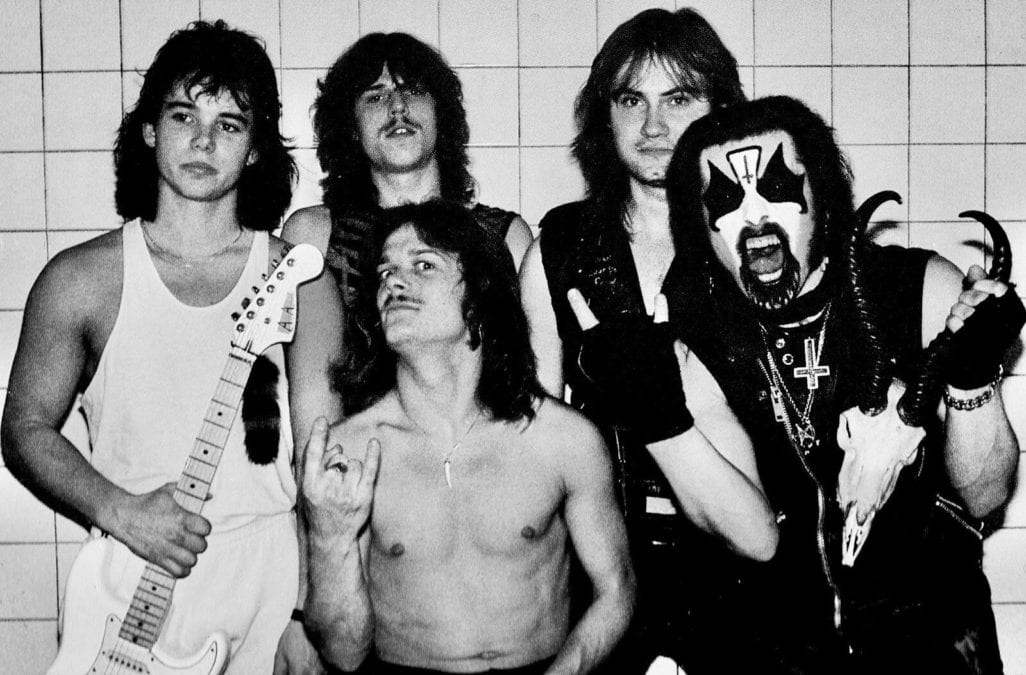 “The slogan for these are ‘back to the originals’,” says Shermann with a laugh when we begin to talk about the new re-issues that Metal Blade Records are about to bring out. “That means that these releases are untouched. We were so lucky to be able to get hold of the original production that was sent to the record label back in ’82, ’83 and ’84. Those have been acquired from Warner Bros. They had them all in a vault and Metal Blade have been able to buy our back catalogue from them and these master tapes were all part of the deal.”

“So we have just decided to let them be as they were,” he explains.

“That was how they were intended to be back then, so the only thing that has been done is that they have been digitised and then they are going to be released on CD and also on vinyl. All the album artwork is going to be exactly as it was back then. So I know these albums have been released before but that was more from Roadrunner who wanted to cash-in a little bit with some special digi-packing and they totally destroyed it in the mastering so it sounded awful. For that reason this time we just wanted to do it the right way – keeping it totally original.”

Shermann also admits that when they were able to sit down and listen to the original recordings it was a time to reminisce about the band’s history. “Yeah it was, it was like we were only children when we started our career,” he says honestly.

“It was a good time, we were actually in our early twenties when we started our career. We did the mini-album and then Melissa and Don’t Break The Oath a year after. You know I listened to them because I have been preparing to play them live and I have been carefully listening to them so I don’t miss any note. I recently found out that I played one note slightly differently and it was on all the versions that I heard recorded so I finally corrected that little detail. But yeah you do get a kick out of listening to your own songs thirty-five years later It is all pretty cool.”

That leads me to ask that if somebody had said to the band back then that forty years later they would be still together and recording new music what would they said back. “I don’t think any band back at that time knew that a rock band could last so long,” he says after stopping to think for a moment.

“So now here we are forty years later and we have The Rolling Stones still going strong. And then we you come to heavier bands you have Judas Priest and you have Black Sabbath just saying goodbye, so of course from today’s perspective we have some hope that we can continue this new beginning for at least another five years or more. But back then we were living in the right now, we were living in the present not in the past or the future, we were never thinking too far ahead, everything was in the right now. That was just the way it was then.”

As Shermann continues to look back to the past I asked him how it felt for them when they got their first recording contract. “Back then it was all about getting that contract,” he says.

“That made you feel like you had made it. We made our first demo recording in April 1981, then later in that year we did three or four more demo tapes and those tapes were floating around in Holland and in San Francisco for some reason. Then eventually we got approached by a Dutch record label who offered for us to record a four-song EP, we signed the contract and then we felt like ‘wow we have made it.’ That was just the way it was back then!”

The Mercyful Fate re-issues will be released by Metal Blade Records over the following months so please keep an eye out for them. 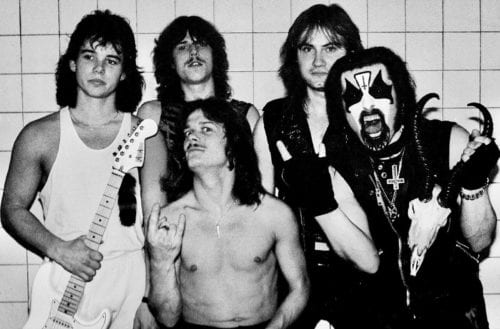