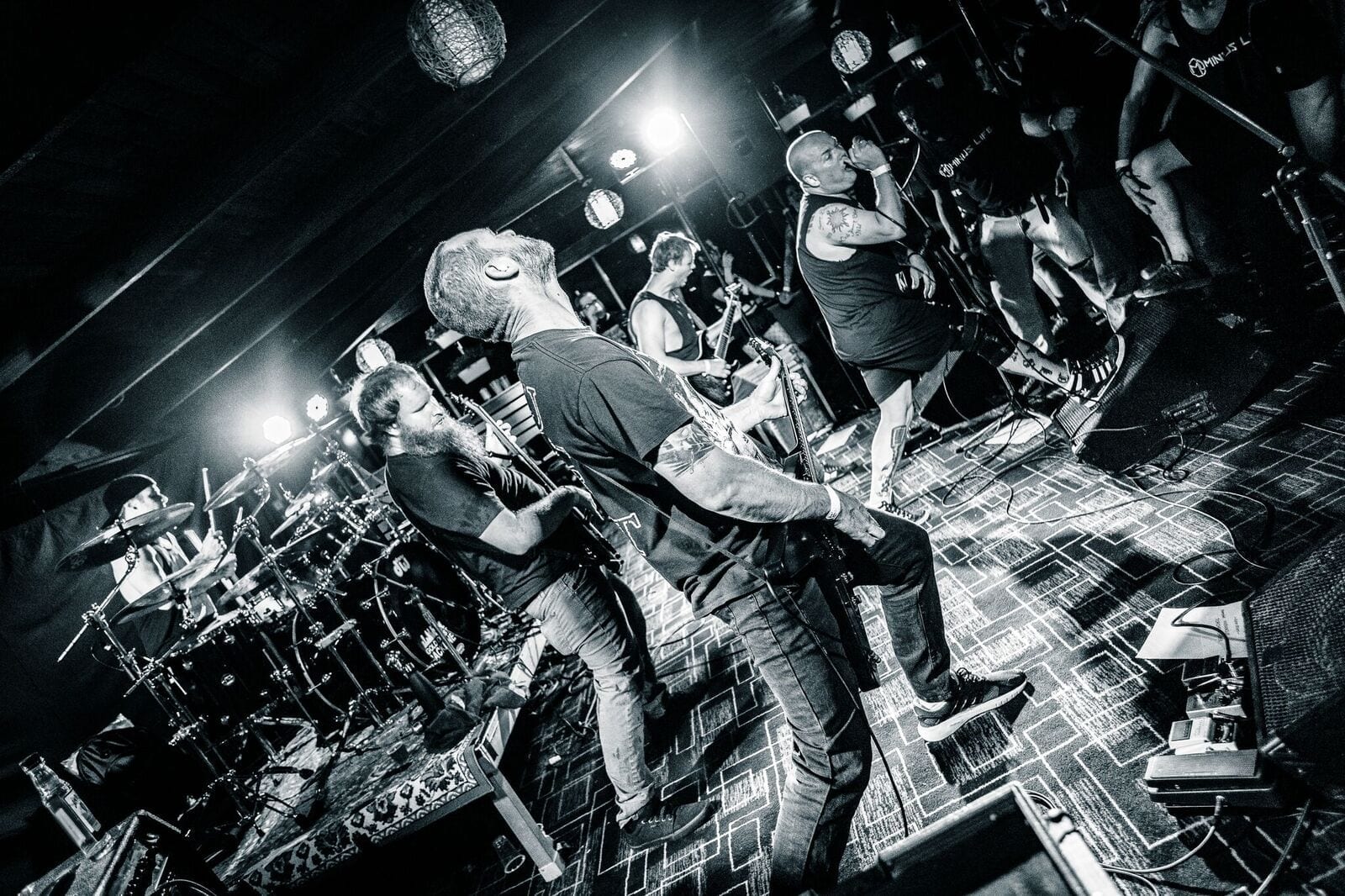 No matter how much music I see or hear there is still no bigger buzz for me than sitting in on a band jamming in their rehearsal space.

It gives the music that raw sense of freedom and personalisation that is denied in a live setting surrounded by the sweaty, steamy masses.

Don’t get me wrong, concerts still rock, but there’s just something about close quarters and loud music with no judgement that resonates with me.

Tonight I was privileged to sit in on Brisbane metal stalwarts Massic before our chat about all things music, with the boys rehearsing in preparation for their soon to be disclosed live performance.

“We got confirmed a day ago to play Heistfest in Brisbane at the Back Room on April 5 with the almighty 36 Crazyfists, the almighty Superheist and the almighty Byron Bay boys From Crisis To Collapse so we’re super excited!,” enthused vocalist Simon.

With a boyish enthusiasm that softens the blows of the previous sonic decimation guitarist, Chris added, “It’s a big deal for us. It’s something we’ve all worked towards for a long period of time. We’re looking forward to giving it a fucken good upping as you just heard (laughs). We’re really enjoying the support we’ve been given with the shows and how we’ve been received which has been flattering”.

After a massive 2018 which saw Massic release their debut album Redshift and play at some of the states biggest festivals including Dead of Winter and Halloween Hysteria, the boys practically dropped off the radio at a time when seemingly their stocks were high.

Although conceding it could have backfired on them bass player Rashid explains that sometimes it’s best to get off the train before it stops rather than ride it through to a possibly unexpected destination.

“We finished the Redshift album and got to play those awesome shows then I told Chris I was in the mood to sit down and write a few tracks,” he recalled, “so we went back to jam and write some music together. Chris went away for a couple of weeks and came back with 12 new songs! Now we’re going through the process of dismantling them”.

In the full interview, the Massic boys discuss the current state of the Australian metal scene and the bond that connects each band, their new songs and album, it’s musical direction, upcoming shows and more.