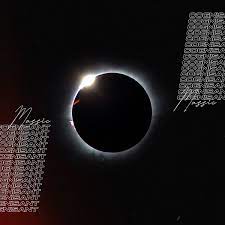 From the outset, Massic have been a marked band, with the undeniable talent oozing from the vocal chords and fingers of the five members commanding respect, but also heightening expectation.

Live on stage, Massic have always been a snarling, uncaged beast, dripping venomous intent and throwing unseen razors in the direction of any crowd, any size, anywhere.

While many bands deliver either on stage or in the studio, very few are competent in encompassing both aspects of musicianship, and even fewer have the ability to decimate both hardened fans and tentative newcomers to the power of metal.

With their debut album Redshift in 2018, Massic bridged the gap between potential and hype in devastating fashion. A collection of songs both passionate and deep, but sent forth with the savage ferocity of a band who are both confident and adept at their craft, Redshift set the bar frightfully high.

In what has been a tumultuous period for the band in the intervening years, Massic were presented with a plethora of valid get out of jail free cards had the follow up failed to meet the dynamic intensity of Redshift, so it is with more than a touch of confidence that I ready myself for the inevitable onslaught new album Cognisant will surely bring.

The opening title track admittedly caught me off guard with its calm, almost blissful intro, easing into the album as the chugg of guitars steadily builds momentum. It is a measured, deliberate opening that reeks of a band unafraid to begin things on their own terms.

Vocalist Simon Russell-White comes in towards the end, barking at some unseen nemesis, before the track abruptly finishes and leaves a sense of foreboding in its wake that tells you in no uncertain terms this will not be Redshift Part 2.

And thank fuck for that.

As good as that album was (is) you get the feeling Massic would be wasting their time simply rehashing a tried and true formula. And if I know anything about these guys is they are definitely not fond of wasting time.

Duplicity drops amid a wall of noise and mayhem, Simon’s vocals dominating the serenity as guitars whirl beneath and the sonic structure that is Massic begins to develop.

Speaking with guitarist Chris Butler in the lead-up to this release, he let slip on more than one occasion that this would be a more guitar heavy album, and already you can hear he is a man of his word.

As much as I love these guys, I have no fucking idea what Simon is singing but I do know he is a highly intelligent individual so if you get a chance to read the lyrics I suggest you strap yourself in and prepare for a headfuck.

Plummet Back To Earth is next to take off, and once again Simon spoils the guitar party as he lets Chris have the briefest of moments in the spotlight before menacing over the top and settling into his role as conductor of the band.

Already you can hear more actual singing coming from Simon, who apparently sings almost twice as much on this album than its predecessor.

So, in effect, he spends probably one minute singing as opposed to thirty seconds on Redshift…

He actually harmonises with himself quite well, and I’m sure I can hear some of bass player Rashid in there, but I have only ever heard him yelling at me over the top of loud music, so I could be mistaken.

This track is sludgier and more controlled than anything I have heard from the band before, with a wavering tempo that ebbs and flows with heavy grace.

It’s A Drill winds up amid a flurry of guitars and down tuned exuberance from Chris and fellow guitarist Shayne Patch, and I think Chris may have actually gagged Simon momentarily just so he could deliver on his promise to me.

It doesn’t take long for Simon to spit it out (or swallow it), but whatever the case his authorative vocals surprisingly give way to a much softer underbelly that sounds almost hypnotic in its delivery.

Now, I know Massic have a guest artist on this album, but I’m not going to make a fool of myself and guess but if I was a betting man I think a certain gentleman of Baltic descent might lend his considerable talents to this track. And in damn fine fashion too, I may add!

The breakdown midway is beautifully structured and unexpected but works well.

It’s only four songs in and already Massic have showed more of a willingness to experiment on Cognisant as many bands do over a career.

Hairbreadth (is that even a word) is up next, and I am flat out saying it, so it fucks me how Simon is going to mix it into his lyrics.

Once again guitar introduces the sleeping giant, and there is more than a touch of old school 90s riffage going on here.

The whole band sounds angry in this song – which I suppose I would be too if I had to keep repeating an unpronounceable word – but to their credit Massic direct the anger into their music, not the system that built it, and march onwards and upwards into next track Enshrouded.

It kicks off with a more straightforward rock beat that skips haphazardly on the side of punk before heading off in its own direction, once more allowing Massic to bastardise convention.

This is fast-paced and frenetic, something which would fittingly describe the album as a whole. There are so far no flat points, and, aside from the hauntingly beautiful first minute and a half, Massic seem intent to butcher us all from the inside out.

Not that I am complaining.

The band are telling us to Surrender on the next track, but I don’t think I will and instead crank the volume up just that bit more, so I know my neighbours will be muttering obscenities at me from under their pillow.

An almost militant intro sweeps over the room and the chugging of guitars quickly takes charge.

I’m actually finding it difficult to co-ordinate head bangs and leg slaps into a solid typing routine here which is quite frankly annoying as fuck but credit where credit is due.

If Massic can make this dinosaur move in (almost) time to the music then they are certainly doing something right.

Simon seems to be enjoying his foray into metal opera, but not too much so as to detract from the obvious shock value used to good effect.

This song is something different again from Massic, who over the course of this album have flexed their musical muscle on a scale I’m not sure even they knew they possessed.

Lead single Assimilate is next and is an absolute cracker, but that’s all I’m going to tell you about it because quite frankly if you aren’t familiar with the album’s lead single then I am probably wasting my not so precious time explaining anything about this album to you.

Yeah right. As if anyone could go to sleep straight after having their sonic senses given a working over like this?

Minus 4 has a bit of a voice over to start with that sounds like it has something to do with zombies… why do I find my mind wandering to Milla Jokovich…before some sirens snap me back to reality and Alan Mahood starts bashing his drum kit like it stole his lunch money.

This song trickles along at a cool pace, Simon putting some fucker back in their place every now and then, as the band around him tighten into a stranglehold that must feel ever so sweet to be a part of.

Last track Verity rolls into sight, a rhythmic drum pattern holding tempo before the guitars decide they have had enough of normality and splutter to life amid nice little timing changes that beautifully blend in with the sonic barrage going on around it.

The sound on the whole of Cognisant has been huge but somehow feels even more potent on this track.

Massic went with Clint Vincent (Dead Letter Circus, Rival Fire) as engineer and producer on this album, and it has proved to be a masterstroke. The sounds booms when it is supposed to and shreds when it is meant to and adds an overall crispness to the album that is generally more of an undertone on metal albums rather than a dominant force.

It allows each component of the band to breathe and be heard without the inevitable orchestrated madness that often overpowers more than it accentuates.

If anything, Verity leaves you wanting more, which can only be a good thing because one gets the impression Massic are only just getting warmed up.

Which is a beautiful thing for Australian heavy metal.

And before you go berating me for missing a track, you can stop right there.

Yes, there is another song called Portals to be heard, but it is available as the digital bonus track, so you, my friends, are going to have to get yourself your own copy to hear of the delights contained within that number.

The world is too predictable these days, where’s the harm in leaving a little mystique?