Is there anything that Mark Wahlberg can’t do? As if the transition from musician to actor wasn’t enough he now seems to be making every genre of the film industry his as well. From saving the world in the Transformers franchise to cracking jokes with a smart-ass bear in Ted and then thrilling critics with mind-blowing dramatic performances in movies like Mile 22, there seems to be nothing this man can’t do.

Now Wahlberg plays a husband alongside Australia’s Rose Byrne who is exploring the notion of adopting to start a family in the brand new brilliant comedy-drama Instant Family and it seems to be a role that he just loved sinking his teeth into.

“Sean Anders who I worked with on Daddy’s Home 1 & 2 was brave enough to bring three children into his home,” says Wahlberg when he talks about what the inspiration was for the film. “They were children that were in foster care and he talked to me a little bit about the idea of making this movie at the beginning of Daddy’s Home 2 but it was just an idea and we had talked about other ideas in the past. Then basically when he came to me and said ‘no did you really want to do this?’ I just fell in love with the idea.”
“Every time I talked to him about the idea before I got the actual script I always got emotional,” he says when the discussion turns to the emotions in the film.
“I’m a parent. I understood the emotion and I understood how emotional it would be for foster kids in the system. Then when I read the script and having laughed hysterically and cried a fair bit to it was just one of the things where I saw that Sean was great with the tone and he pushed things but also delivered on an emotional level. Sean knows what he wants and he will always take that little bit of extra time when it comes to the emotional stuff. It is just nice to see him continue to mature and grow, he is a great writer and director and he has a great partnership with John. It is just great to see people get more experience and more confident about how they want to do things.”

When talk turns to the fact that the film garners emotion by being both a comedy and a drama Wahlberg says. “I think that will be really satisfying for audiences and I think that people may be inspired to look at children in the foster care system and creating a home for them. I still want to explore more about and I think it will encourage other people to take a look and see that there a lot of wonderful children that need families…. it is an amazing thing. Being a family can be a wonderful thing but it can also be very trying at times – that is the same whether it be with adopting children or with your biological children.  But the ultimate goal and the ultimate reward is coming together in love… and that is a beautiful thing. I think this is going to be a feel-good movie in a time when people need to feel good. People need to be reminded about the importance of family and connecting with others. To have that opportunity to go and laugh and cry at the thought of being a family and then have the thought about helping all those wonderful children out there… I think it will be interesting. There will be a lot of people who will laugh and cry and then be like ‘oh my God’ and then the wheels will start turning.” 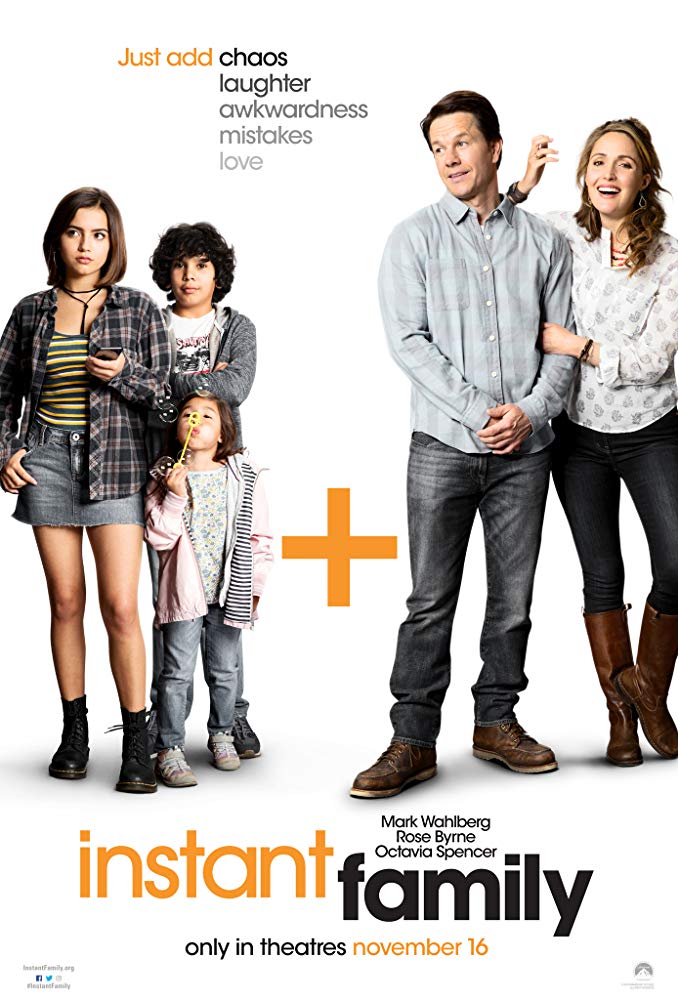