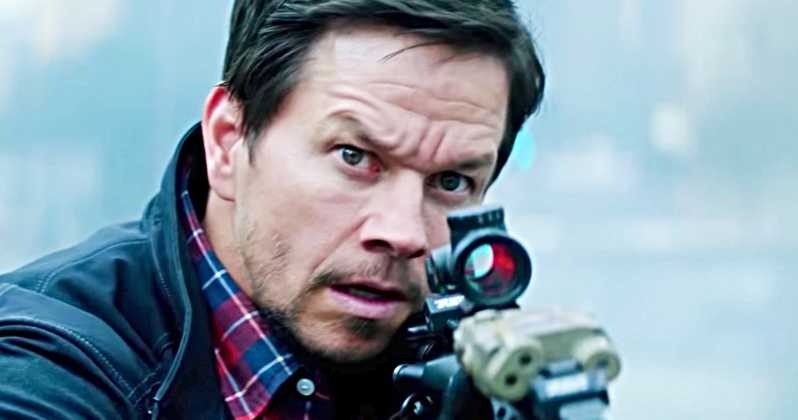 So often these days when it comes to action films it feels that while the director is able to deliver on the promise of action they fail to remember that people that like the genre may also want a storyline to go along with their film as well. That certainly can’t be said for the latest action film from director Peter Berg (Lone Survivor, Battleship) Mile 22.

Mile 22 is fast paced and has action aplenty, but it also has an engrossing storyline and characterisation that makes things a lot more interesting for the stars – Mark Wahlberg (The Departed, Ted), Lauren Cohan (The Walking Dead, Batman vs Superman) and fighter turned actress Ronda Rousey.

As the stars of the film talk about their experiences it is easy to see the passion that they shared for the film. “There is possibly an uprising and a terrorism threat and they Greenlight this ‘Overwatch’ operation,” says Walhberg and he describes the plot of the film. “And his (his character Jimmy Silva) job is to take a person from point of the country and get him on an aeroplane and get him out of the country safely so he can give us valuable information about the terrorism attack. It is one of those things where in order to do the right thing I have this valuable information and I think there is definitely this possibility of this threat so if somebody is willing to offer us this intelligence we have to take that seriously and we have to take care of his safety, so it really is a cat and mouse game so it is interesting to see how that unfolds and is this a guy I can trust or not trust. And Silva doesn’t really trust anybody.”

Wahlberg’s character, Jimmy Silva, is a character you get the feeling is going to become as memorable in the action genre as Jason Bourne or John McClane – a very different childhood to many and a trace of mental illness makes Silva one of the most interesting characters to grace our screens in 2018 “Jimmy just takes a lot more pleasure, he is obviously a lot more vocal, but takes a lot more pleasure in the fact that once it is a go, once it is green lit he is the end all to be all, he likes playing God to a certain extent and this is obviously a very dangerous thing,” explains Wahlberg. “You know power can be addictive and a bad thing, but people will love this character because they will understand that when you are in this kind of situation the rules that might normally apply don’t. You know it is all about survival and the big picture is we have to do whatever we can do to protect our homeland, our county, our people and even innocent people in that country and other countries… so yeah the rules change when you are dealing with bad people. I just thought we have have seen the brooding guy, the guy of very few words, but let’s see a guy that is very opinionated and likes to get into the conversation and he is the kind of guy that when his team gets green lit he decides who lives and who dies and what happens in between. He is a very cool and interesting character – he does not care what is right or what is wrong, he doesn’t care who started it he just knows that he has to do his job and that is it. HE has no family, he has no ties to anything, to him it is all about the job, and the interesting thing about ‘Overwatch’ is it is not like the Navy Seals where there is no man left behind, this is a any and every man left behind situation – the mission comes first, last and in between, so it is very unique the kind of skills set that these people all have and the jobs that they have to do.”

The other part of Mile 22 that makes it so special is the direction of Peter Berg. Berg is known for his realistic action and through working on Lone Survivor, Deepwater Horizon and Patriot’s Day together has now developed a very special director-actor bond with Mark Wahlberg. That bond is very much on show with Mile 22 where Berg stretches Wahlberg with action and characterisation. “Pete and I had done three films together that were all based on true stories surrounding tragic events,” says Wahlberg. “So we basically wanted to do something where we could have some fun. But our idea of fun is creating a world that is full of violence, betrayal, deceit and all of these things that I think make for a great story. So basically we wanted to make a really character driven action movie. Pete is always know for his action but the real story is the set up and the great twists and turns in this movie, and this was something that appealed to both of us. There are some twists and turns that make this really unique and hopefully there will be demand for another film because people will want to see Jimmy hopefully get his revenge. At the end of the day we really were just trying to entertain people. We just wanted people to sit down and go on this ride, and with all the twists and the turns and the action I think people are really going to love it.”

Of course the fact that former MMA World Champion and now Pro Wrestler Ronda Rousey also plays a role in Mile 22 has brought more attention to the film but the former champion says crowds should not expect her to play a ‘fighter’ this time around. ““Sam Snow is extremely intelligent and extremely gifted and is great in combat,” she says really thinking about her character. “She probably went to MIT or Harvard and has extensive tactical gun training and she doesn’t trust anybody but she is extremely loyal to her friends. I actually really like the fact that my character is great with guns but she isn’t great at hand-to-hand combat at all so it was something very different for… something very not me.”

It seems Rousey also enjoyed the aspect of the film challenging her. “I love the process of mastering a new skill of scratch and I find that learning a skill like that is something that is very invigorating for me, it’s not like sitting down on something you are already a master of… I kind of get bored of things after a while when they are not pushing you mentally and you are not learning new things you are just learning things you already know and how to do them better, I just feel then that I am stagnating as a person so being on the film every day I was learning so many new things and I was put out of my comfort zone while someone like Pete, Mark and Lauren just guiding me through it and being so patient, they were never rolling their eyes and being like ‘oh here is the rookie totally holding us all up’. I felt like I was improving every single day and I was learning so much every single day and I feel like I walked away from the project with a lot more skills than I did when I walked in.”

It also seems like she had a lot of fun “I just want people to walk out and say that they had fun,” she says laughing. “I think that is the whole point, you go in and enjoy yourself, that is why I make it a priority to have fun every single day I am here because people can tell if you are having fun when they are watching you and so I want that to be infectious for everybody and have them being like ‘oh my God Mile 22 is so awesome you should go and I want to see it again.” 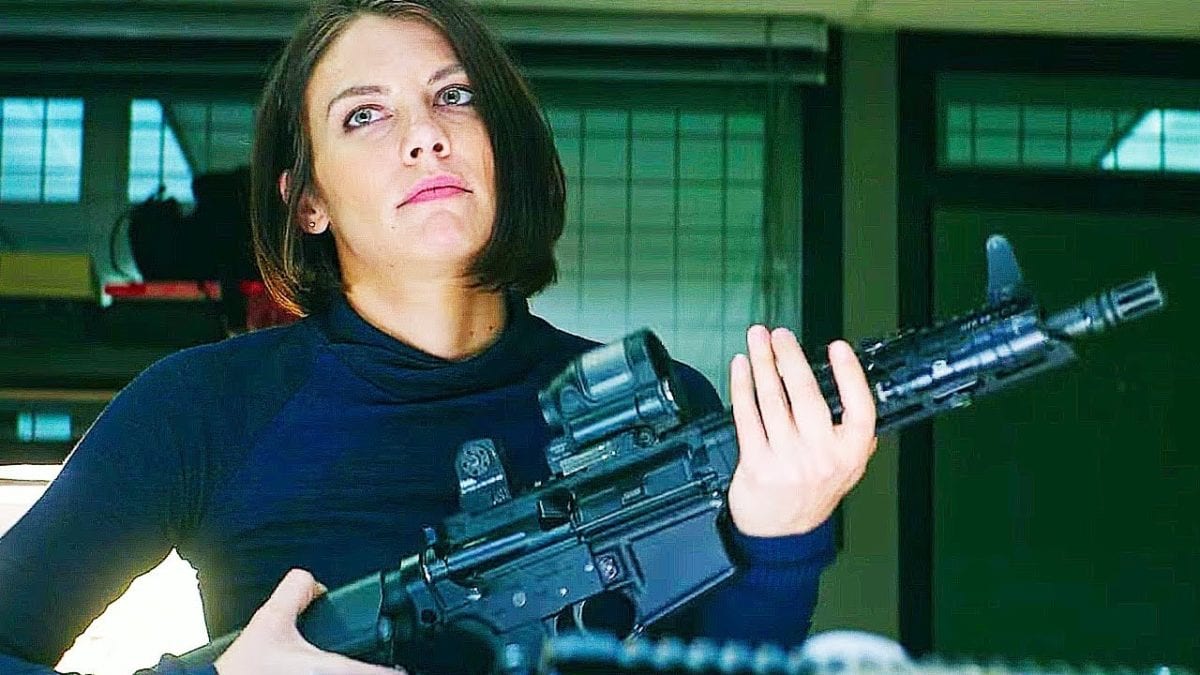 The third piece in the puzzle is Lauren Cohan whom any television fan will know as Maggie from The Walking Dead. Cohan puts in an impressive performance in Mile 22 and she to is full of praise when she talks about the work that has gone into it. “In the story we have someone who we believe is a reliable asset who comes looking for help and in an exchange for information asks us to help him to gain freedom, asylum, to escape and we kind of have to rely on our gut to determine whether to honor his needs and during the course of maybe getting him to where he needs to go we almost die.”

She also full of praise for the cast who she says she enjoys working with immensely. “Mark plays Jimmy Silva who is a brilliant and highly unpredictable genius,” she says her eyes lighting up. “Silva’s character will get caught up with an idea and then be seemingly lost to it and Alice is the only one that can pull him back to reality in a lot of ways. Ronda Rousey plays Sam Snow in the film and is a total bad-ass as people will know, but in ways above and beyond what people will think, recognise or expect from Ronda… she is so cool.”

Her enthusiasm still shows when we talk about what people can expect from the film and she begins to laugh. “What people can expect from the movie is fast paced, intense, thrilling story, really fast story, emotional punch, physical punch… they won’t be punched,” she exclaims laughing so hard she has to move forward in her chair. “In Mile 22 we are on an intense ride from start to finish and the movie feels like that, it just never lets up. In both the making and the watching.  You know we get the luxury of this being a fictional story but this is based on real people who go to work and do this and we were lucky enough to learn about them and then get to represent them in a really fun and thrilling action movie so I am excited for people to be able to get to see it.”