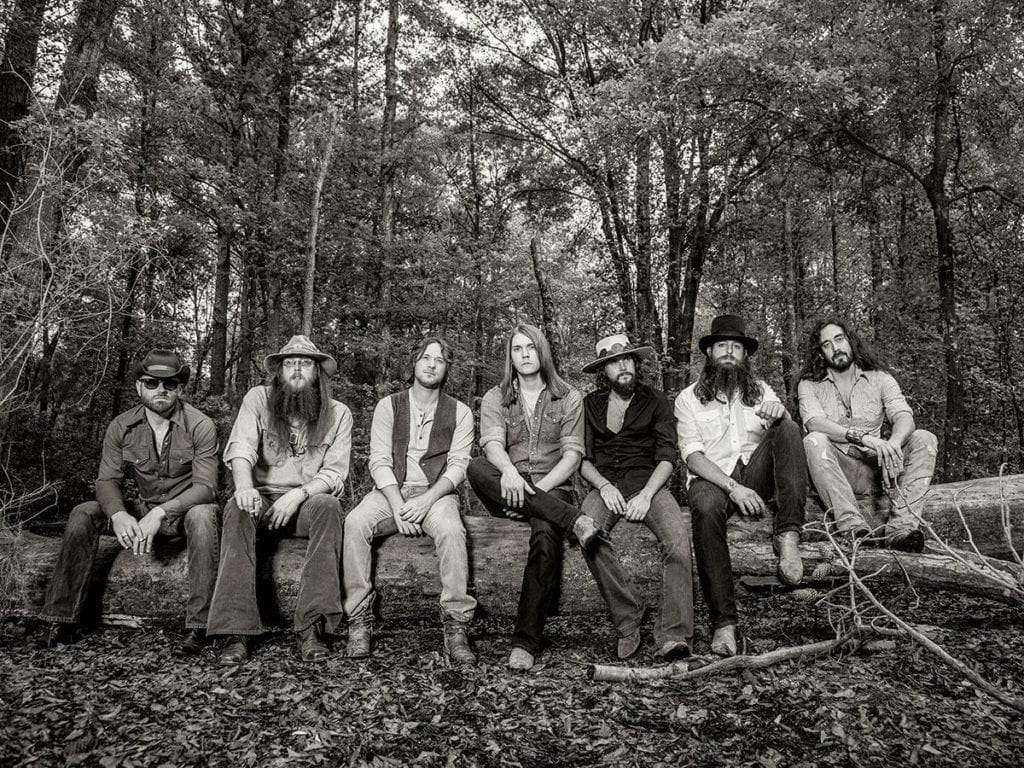 Whiskey Myers were last spotted in Manchester in December on their first UK headline tour. Here, the Skynyrd-sized ensemble was seemingly uncomfortably stuffed into the intimate Ruby Lounge in the manner that one might attempt to stuff a sleeping bag back into its impossibly small travel case. Thankfully, their return to Manchester on 20th May offered Whiskey Myers’ music, and contingent musicians, a chance to breathe in the slightly roomier O2 Ritz. Whether it was the upgrade in venue size or the fact that they were no longer UK headline debutants, Myers appeared to have stumbled upon the opportune moment to feast upon Alice’s Wonderland ‘eat me’ treats, allowing them to sprout up to the size of neo-Southern giants like The Cadillac Three and Blackberry Smoke. After strutting on to The Rolling Stones’ Ventilator Blues, Myers opened with the highly countrified On The River, where the thick, pervasive texture of Myers’ intertwining guitars and percussion perfused throughout the throng of spectators like a heavy swamp mist. Whiskey Myers had finally arrived in the UK with resolute conviction.

After that, Myers manoeuvred their way from the gentler country folk rock of On The River into the depths of the tangibly thicker title track of latest album Mud, willfully bearing the teeth of their Southern American roots with the utmost rigour. Each band member an ideograph unto themselves yet categorically Texan, Whiskey Myers hauled us into a dirt devil of ever-escalating musical elation, with especial nods to crowd pleasers Early Morning Shakes, Headstone and Bar, Guitar and a Honky Tonk Crowd. Quietly assertive guitarist Cody Tate took hold of lead vocals for Different Mold, a track that irrefutably induced abundant ass shaking during its teasing introductory mezzo-forte phase and at the culmination of its fuck-yes-that’s-loud crescendo.

Percussionists Tony Kent and Jeff Hogg presented with a sublime paradox similar to what one might witness if The Muppets’ Animal and the quietly understated Charlie Watts were to partake in a percussive duet. Kent was not dissimilar to a pinball in motion and is fast becoming celebrated for his incredibly zealous cowbell solo during Home. Myers finished their utterly volcanic pre-encore set with a final eruption in the form of a Seven Nation Army cover, a choice met with distaste by one fan on Twitter who digitally heckled for Freebird instead (which Whiskey Myers met with the applause-worthy response “NOBODY should cover Freebird. Ever.”) However, executed with an extra slice of heavy-duty bass from Gary Brown, Seven Nation Army brought delicious Gibson howls from John Jeffers and gravel-tinged growls from Cody Cannon, both of which could easily rival a pack of coyotes.

How Far punctuated the very end of Myers’ set with a whole host of exclamation marks, eliciting a downpour of guitar picks and a subsequent scramble amongst the audience for these tiny souvenirs of the titanic music blast witnessed within the almost-substantial confines of the O2 Ritz. It’s no secret that the UK has become downright smitten with the latest tsunami wave of southern rock music, and it would appear that Whiskey Myers are riding high on the crest with little sign of slipping.

Visit http://www.whiskeymyers.com/ for US tour dates, tickets and merchandise, including latest album Mud.’ 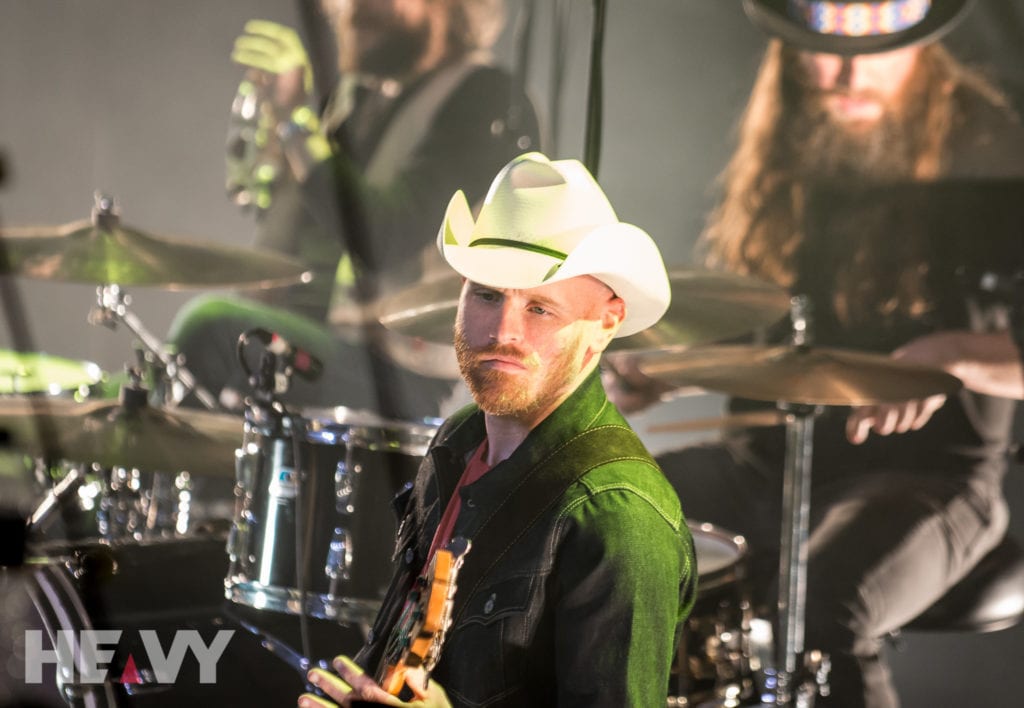 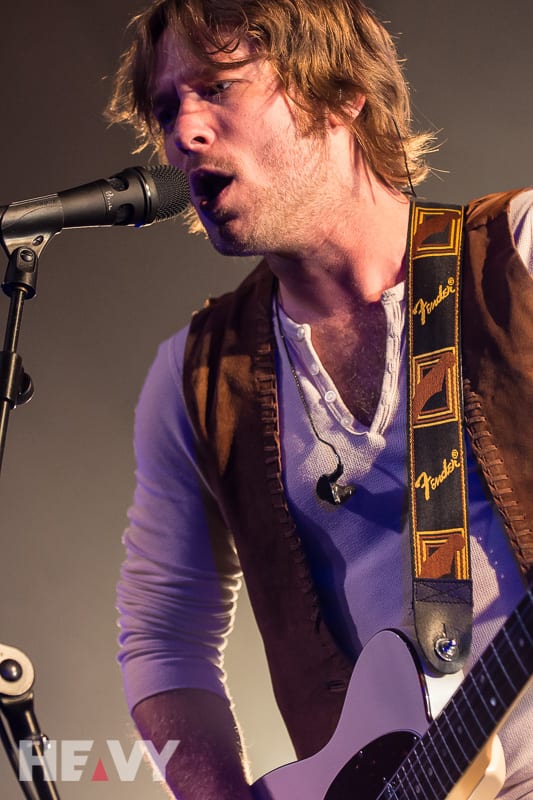 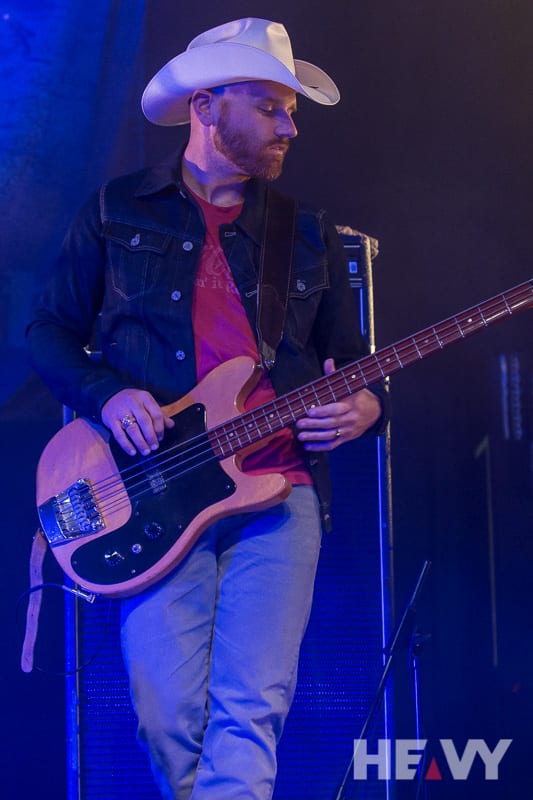 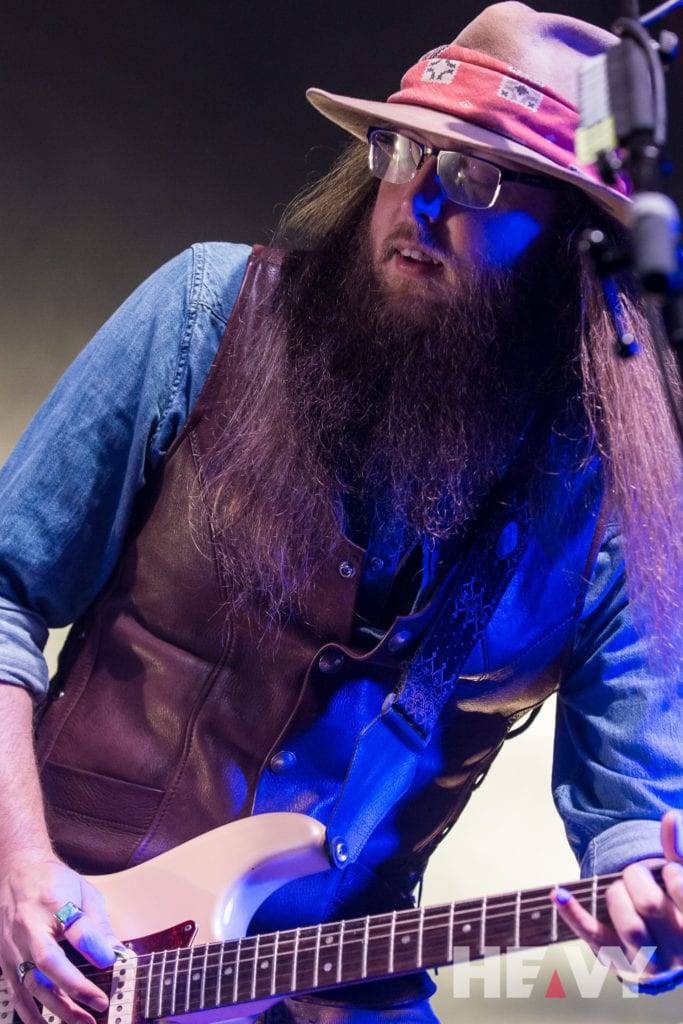 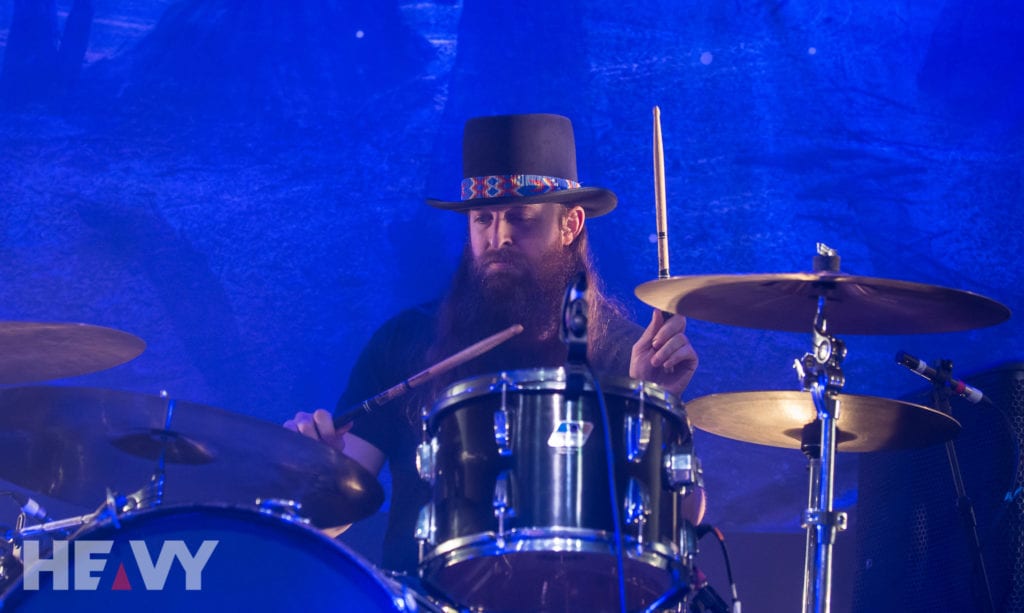 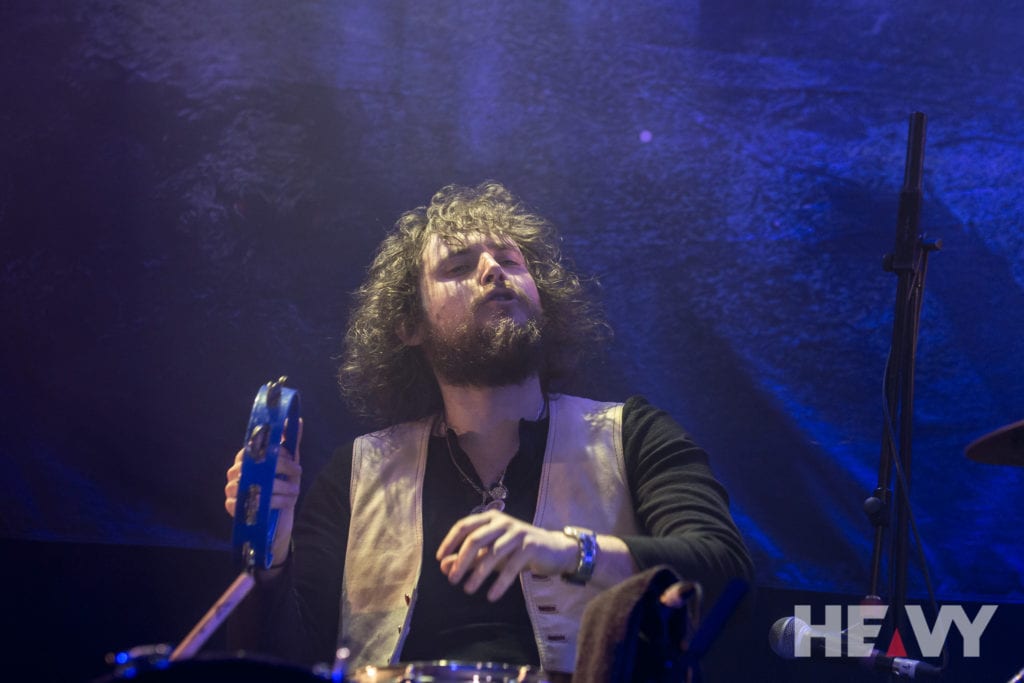 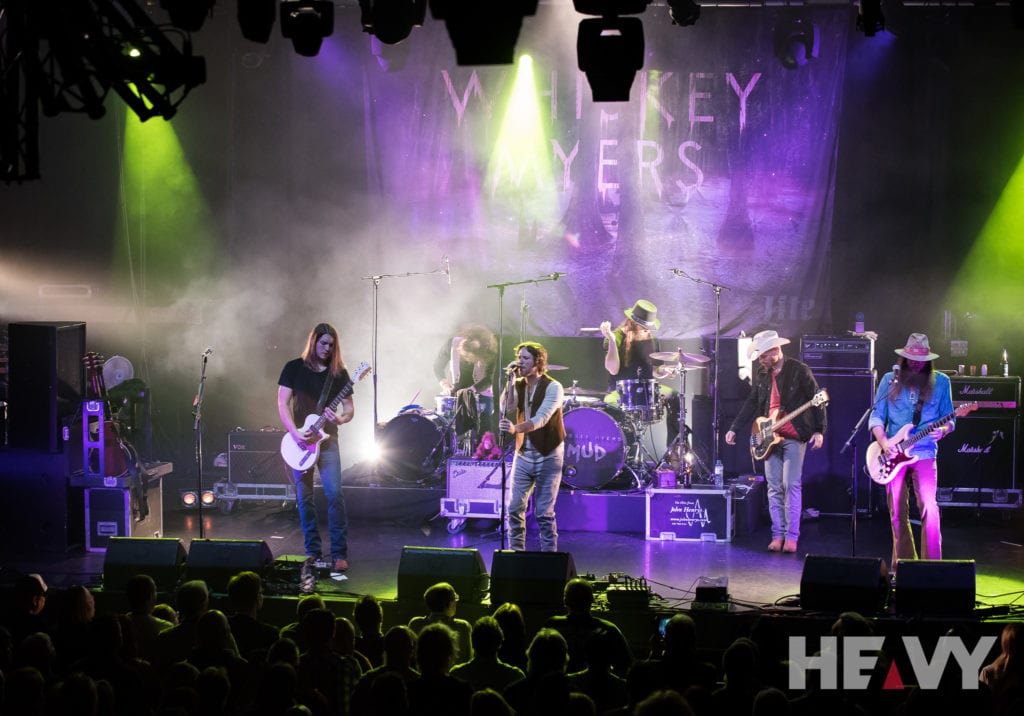 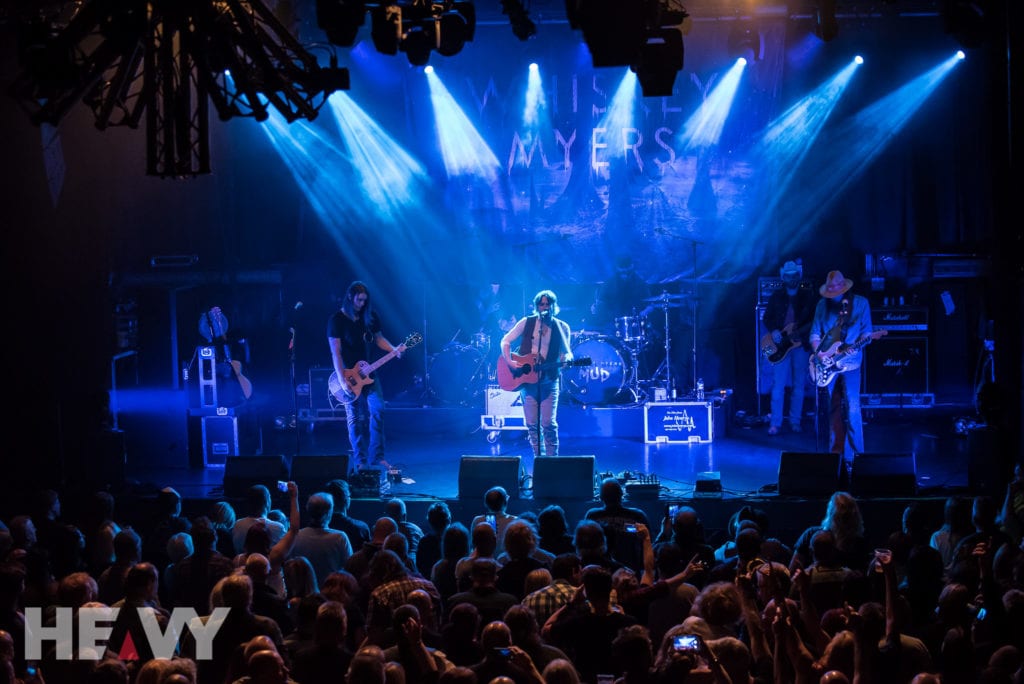 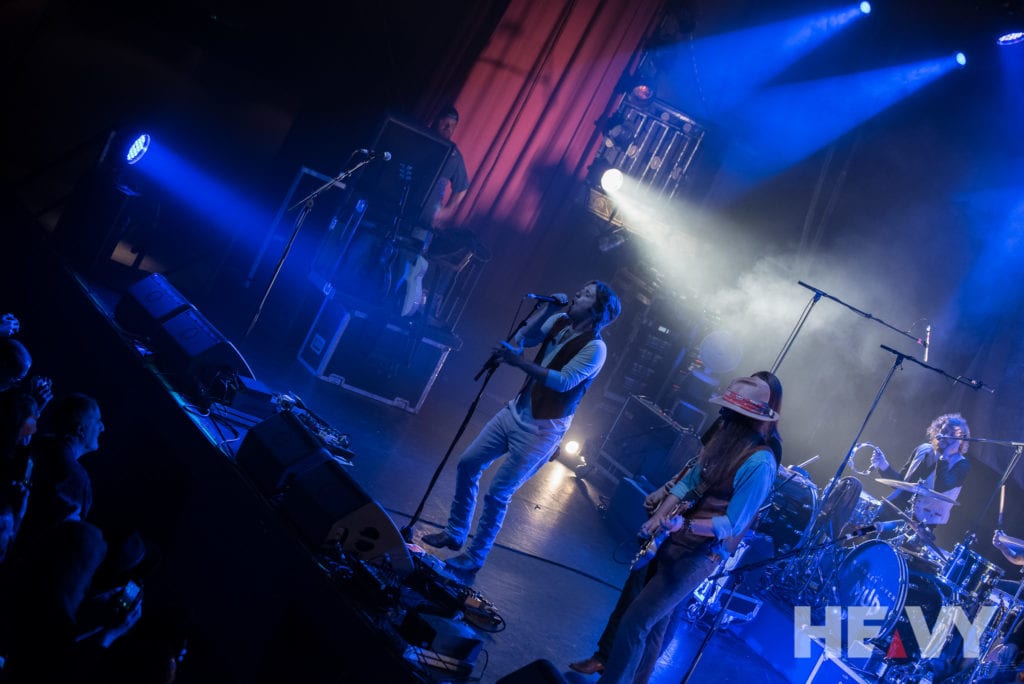 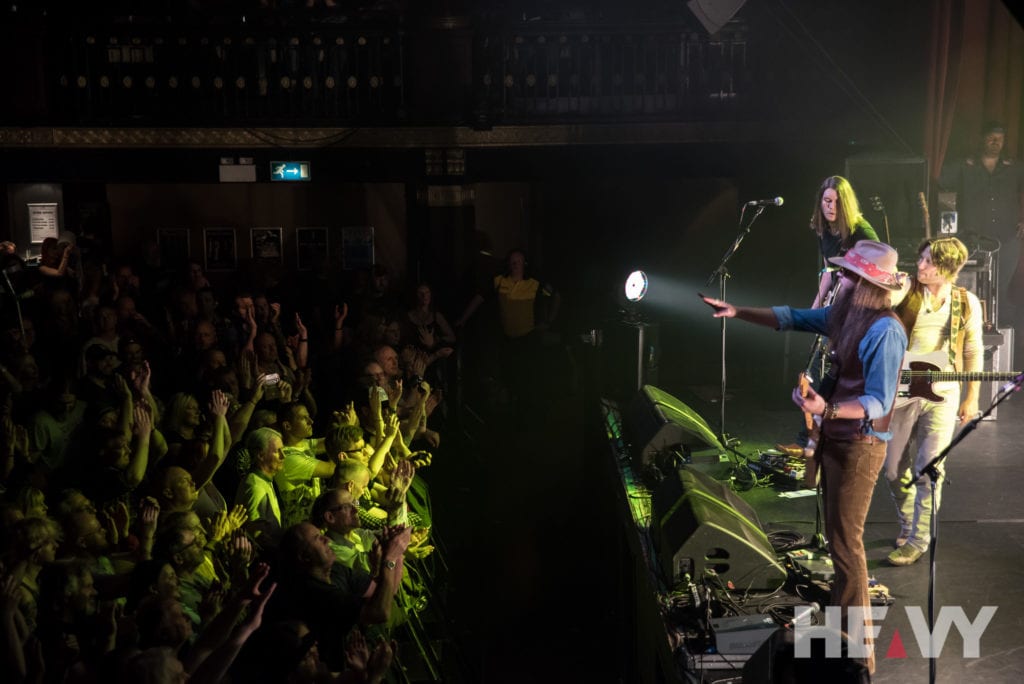 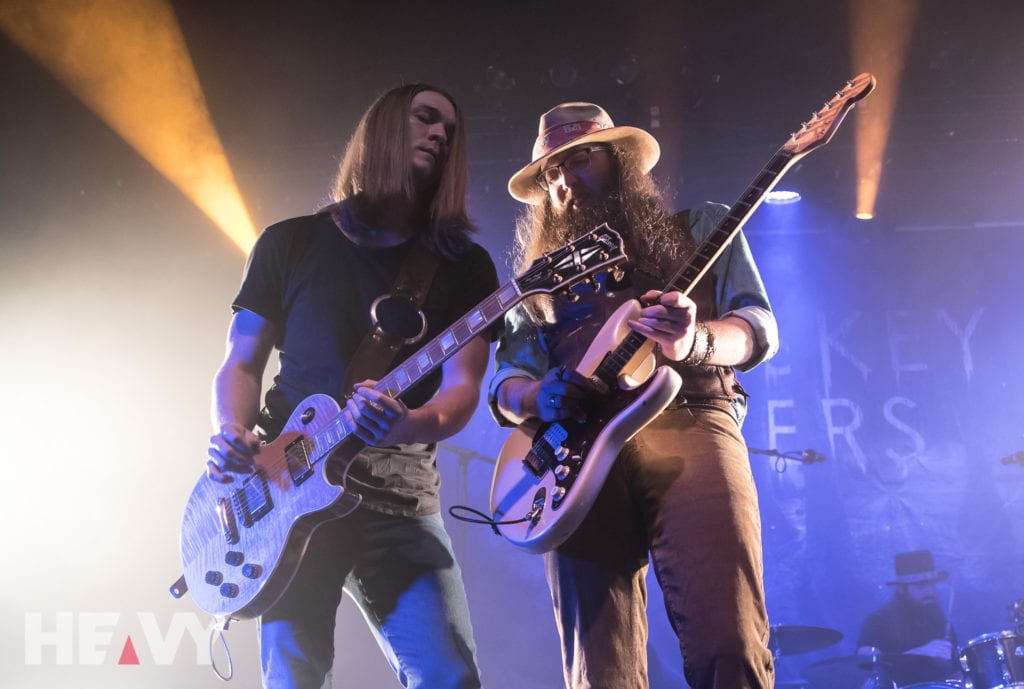 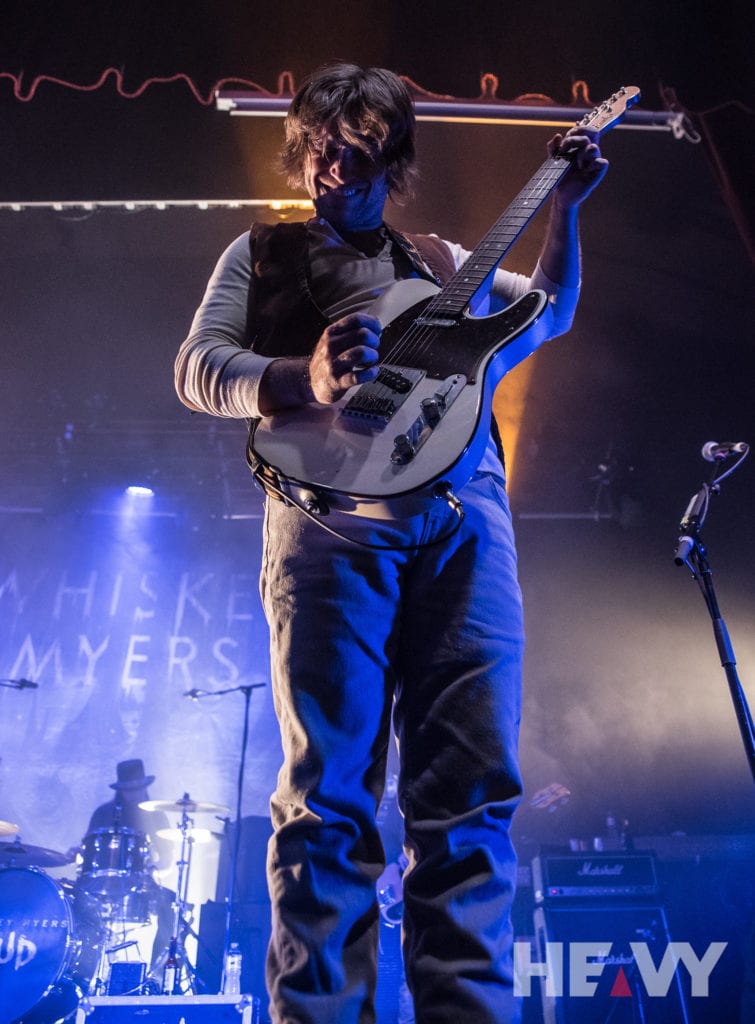 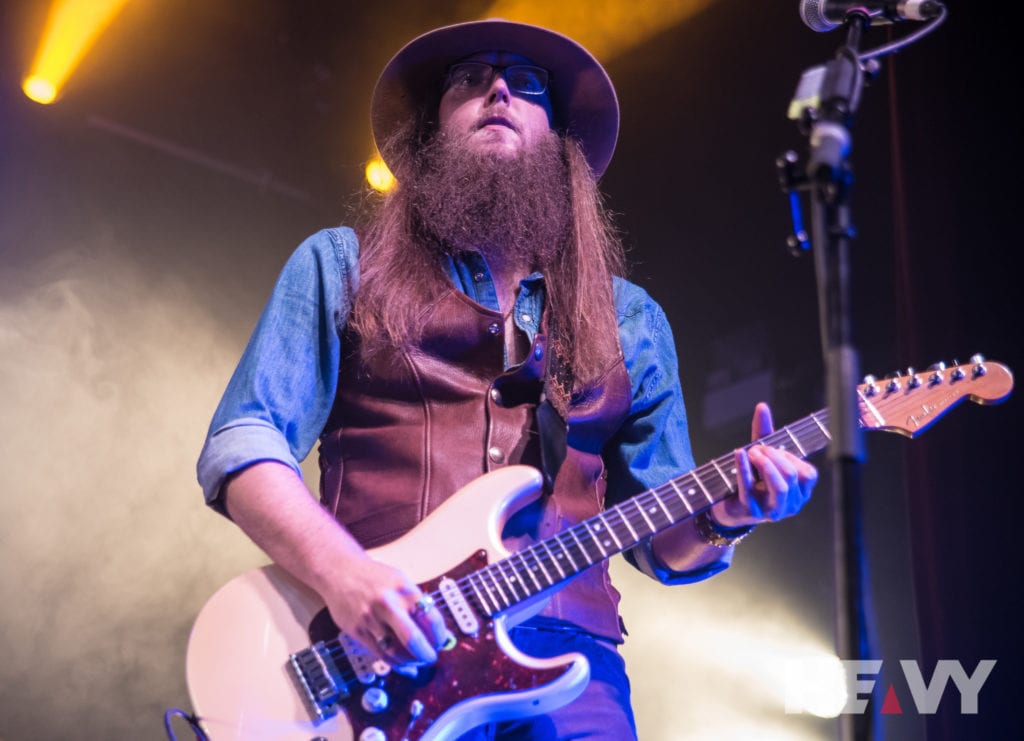 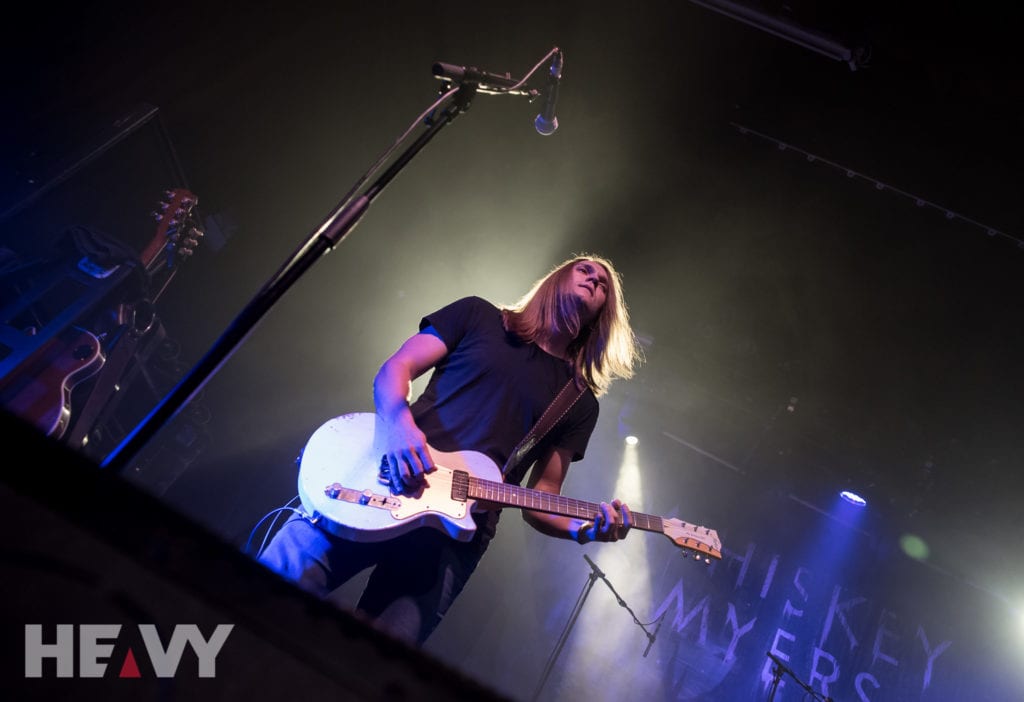 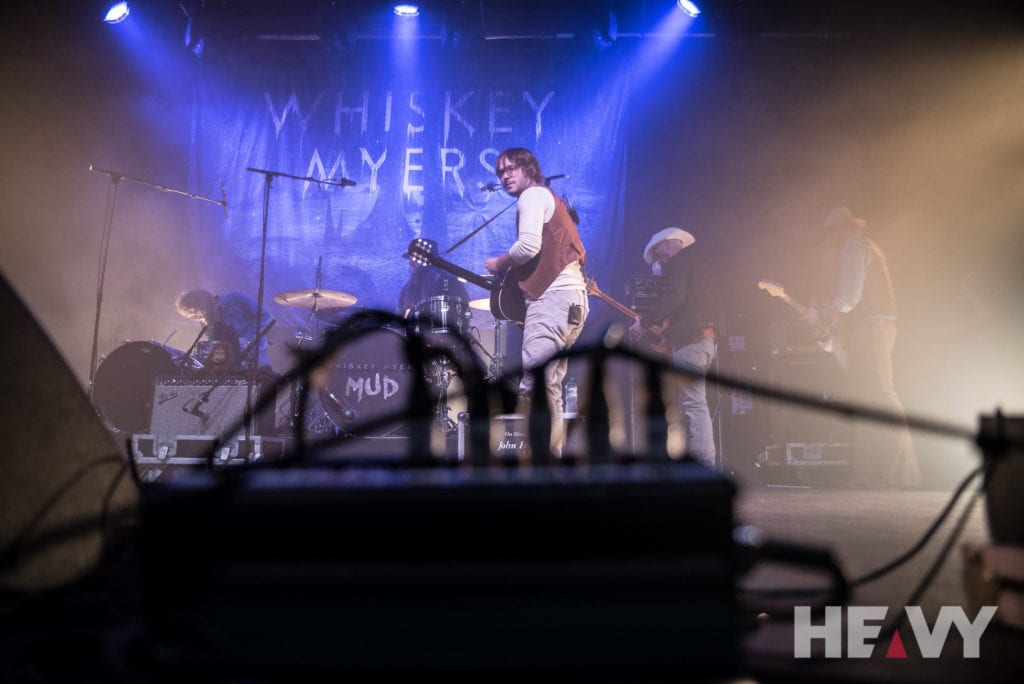