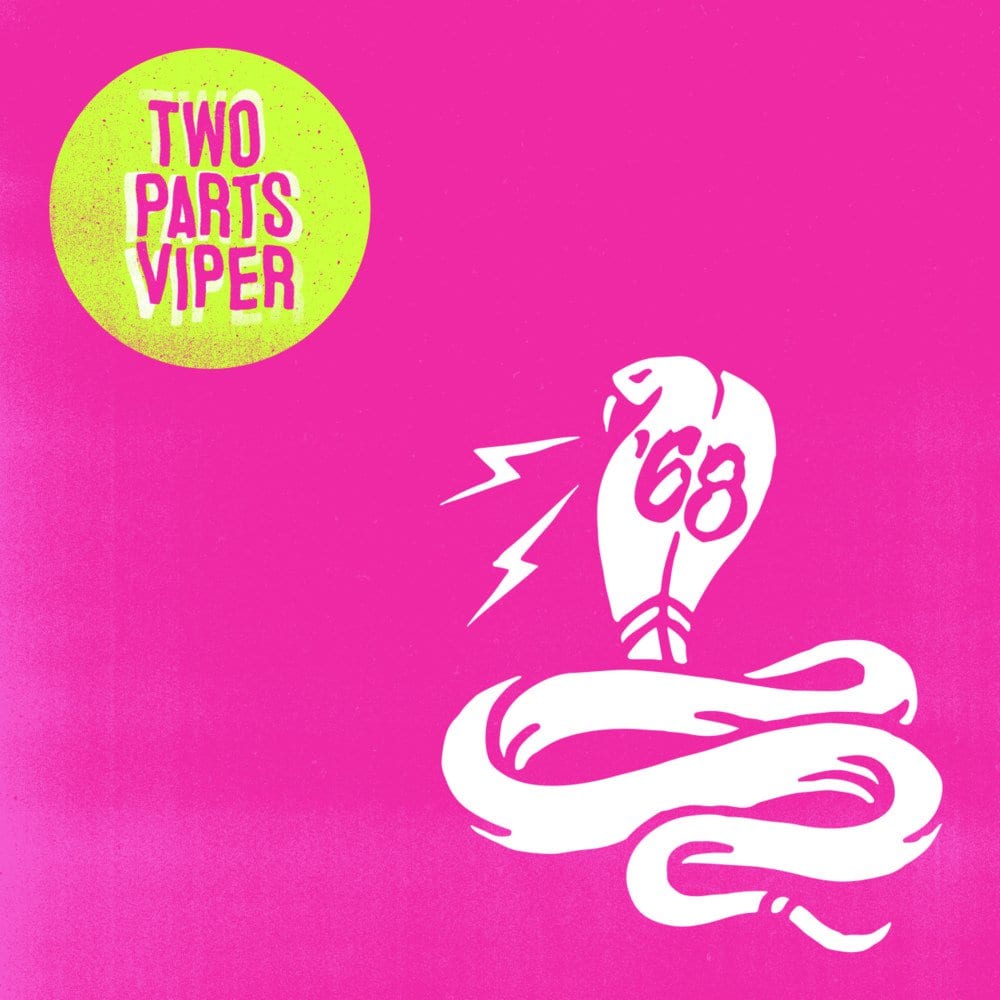 In 2013, the world suffered a heartbreak that was not quite on a grand scale, but certainly of enough significance to still have repercussions difficult to overcome. Noisecore maniacs, The Chariot announced their hiatus and while venue owners and musical instruments (plus equipment) collectively sighed a breath of relief, the international fanbase was left in dismay. The band’s intensity live was comparable to The Dillinger Escape Plan, and their music was a deformed urgent catharsis of chaotic hardcore that even now is unmatched.

Frontman Josh Scogin is not one to remain motionless, however. Soon ‘68 was born, a blues-hardcore hybrid formed with his friend Michael McClellan on drums and Josh on guitar and vocals. To be direct, the outfits new second album, Two Parts Viper, is the most sophisticated musical endeavour Mr Scogin has crafted, but this is not to say it is ‘safe’ by any means; it is, without a doubt, magnificently malignant.

Opener “Eventually We All Win” could have qualified as a bonus track from The Chariot’s last remarkable record One Wing. The exception is though, to introduce the song, the duo utilised The Rolling Stones’ “Honky Tonk Woman” as a reference before pummelling the listener with their distorted blasts of insane shrieking, destruction, and chaos. In two short, perplexing minutes the arrival statement has undoubtedly been made.

“Whether Terrified Or Unafraid” is arguably the song that would define ‘68 best, an amalgamation of punk and blues rock. The musical spawn of The Black Keys and Circle Jerks would suitably describe it, although this narrows the two-piece’s formula too much, and trust this scribe; there is a lot more adventure in these ten tracks.

“Without Any Words (Only Crying And Laughter)” is the two gentlemen exquisitely reserved which conjures up comparisons to Royal Blood or even Band Of Horses, but this is not a just “likening”: more a citation. “This Life Is Old, New, Borrowed And Blue” embraces the blues aspect wholeheartedly yet it injects a distorted severity, like Josh Homme performing with Alabama Shakes. This QOTSA flavour can also be found in the single “The Workers Are Few”, although this is just an allusion to the band, not its illustration.

The ‘weirdness’ element exists in “Life Has Its Design” and “No Apologies”, which are reminiscent of later day Daughters (2010 era) songs. The latter track includes some excellent connotations from The Blues Brothers.

“No Montage” is the standout, delivering a fist-fight between The Chariot and Nirvana arguing who could fail at ruining a folk song the best. Yes, this is completely nonsensical, but it is astonishingly brilliant. “Death Is A Lottery” would have Rolling Stone Magazine forgetting who Highly Suspect is (honestly, it’s that good!). Then to close, the venomous-lopped love song, “What More Can I Say”, which most likely combined an idea from Josh Scogin’s unheard acoustic project A Rose By Any Other Name, has a jab of The Chariot thrown in for good measure and then the whole project overseen by Thrice.

Confused? That is probably the ‘safest’ assumption at this point. However, there is nothing safe about ‘68 even when they have refined their songwriting to above eloquent levels as found throughout Two Parts Viper.