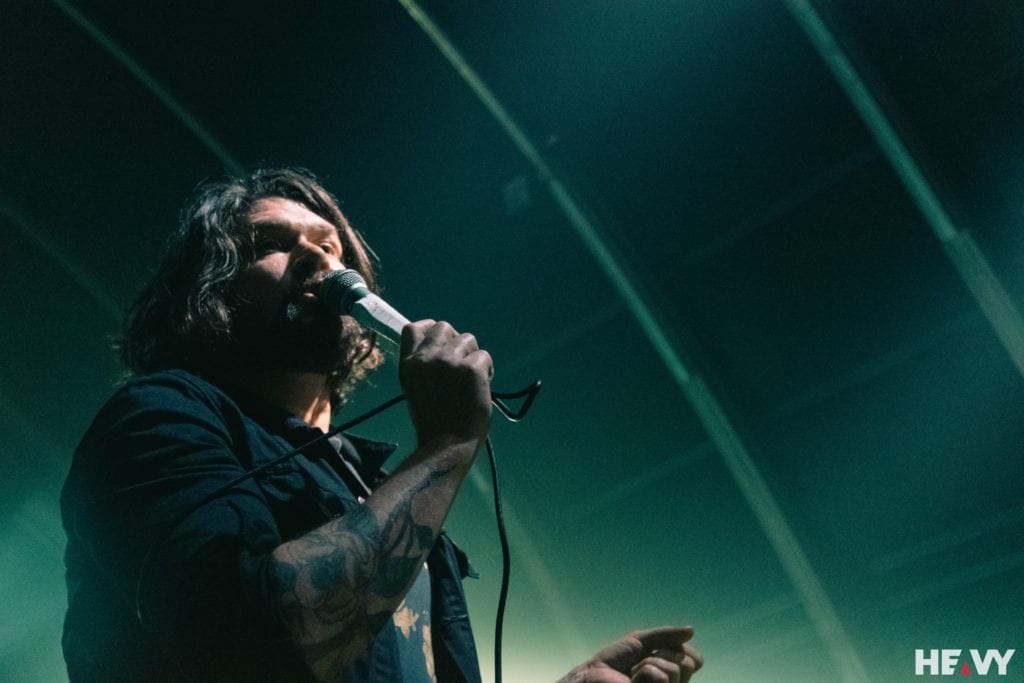 If I’m not mistaken, this is Taking Back Sunday‘s sixth Australian tour. Considering they’ve been a band for a tad under twenty years that is mighty impressive. This time they’re touring on the back of their 2016 album, Tidal Wave.

Sydney’s Endless Heights have the difficult and daunting task of taking the stage first and the five piece punk rockers do a good job. They’re full of confidence and have great stage presence which is unsurprising considering they themselves have been a band almost ten years.

After finally releasing their first album in twelve years last month, American rockers Acceptance grace Australia’s shores for the first time and the now packed venue soak up every single moment of it. I’ll admit, I’d never heard of this band before but wowee they are impressive! Frontman Jason Vena‘s vocals are flawless and the band are extremely tight. I’ll definitely be checking out both of their albums.

Finally comes the time of night that we’ve all been waiting for. Taking Back Sunday walk on stage and have everyone singing along from song one. Frontman Adam Lazzara‘s vocals sound just as good (if not better) live than they do recorded as the band play through tracks from their seven studio albums with a slightly heavier focus on —unsurprisingly—Tidal Wave.

I always hate when bands look like they’re just “going through the motions” on stage and I’m glad that Taking Back Sunday are not one of those acts. They certainly seem to enjoy themselves; Lazzarra even says so numerous times and the banter between he and guitarist John Nolan is genuinely funny. He even includes a little dig at Trump which gets a good cheer.

Towards the end of the set Lazzara says they don’t perform encores so they can squeeze an extra song into their set (which more bands should definitely do!) and by the time it all comes to end with MakeDamnSure you can’t help but check your watch and wonder how their ninety minute set has gone so quickly. Taking Back Sunday are one of those bands that I’ve always liked but never really been huge into but I think after tonight that may have changed as they’ve put in an early contender for live performance of the year!