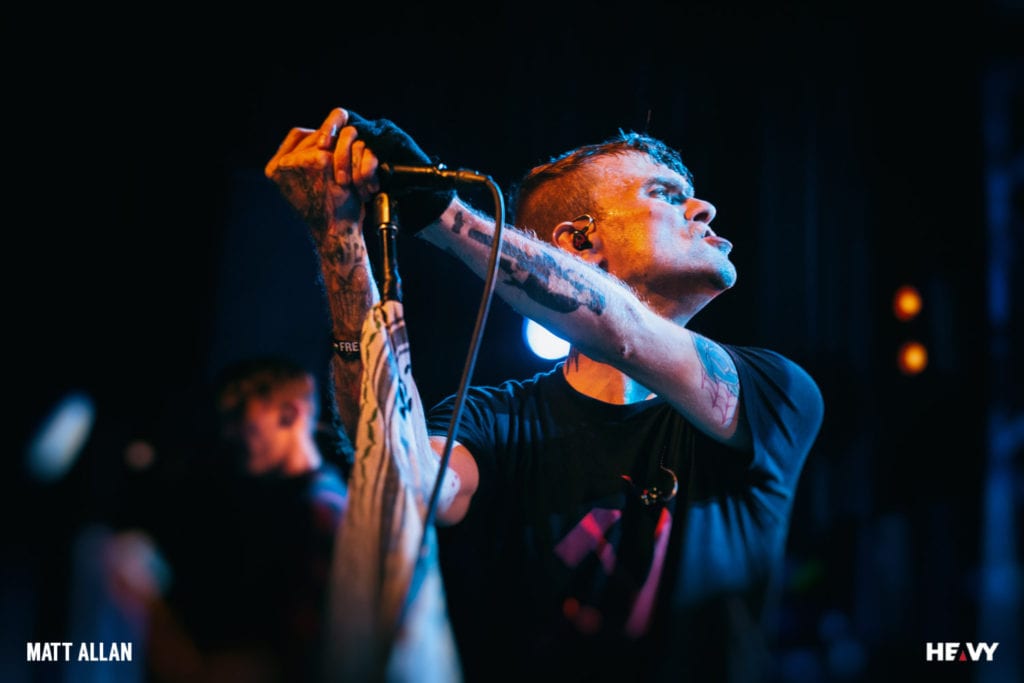 It’s hard to believe that post-hardcore legends The Used have been around for fifteen years but that’s exactly what they’re celebrating on their massive 12 show Australian tour (which includes four sold out Melbourne shows!) The band is doing things a little differently on this tour, too. They’ll be playing 2002’s self-titled one night and 2004’s In Love and Death the next. The tour starts at 170 Russell in Melbourne tonight and Sydney two-piece Corpus get us underway. 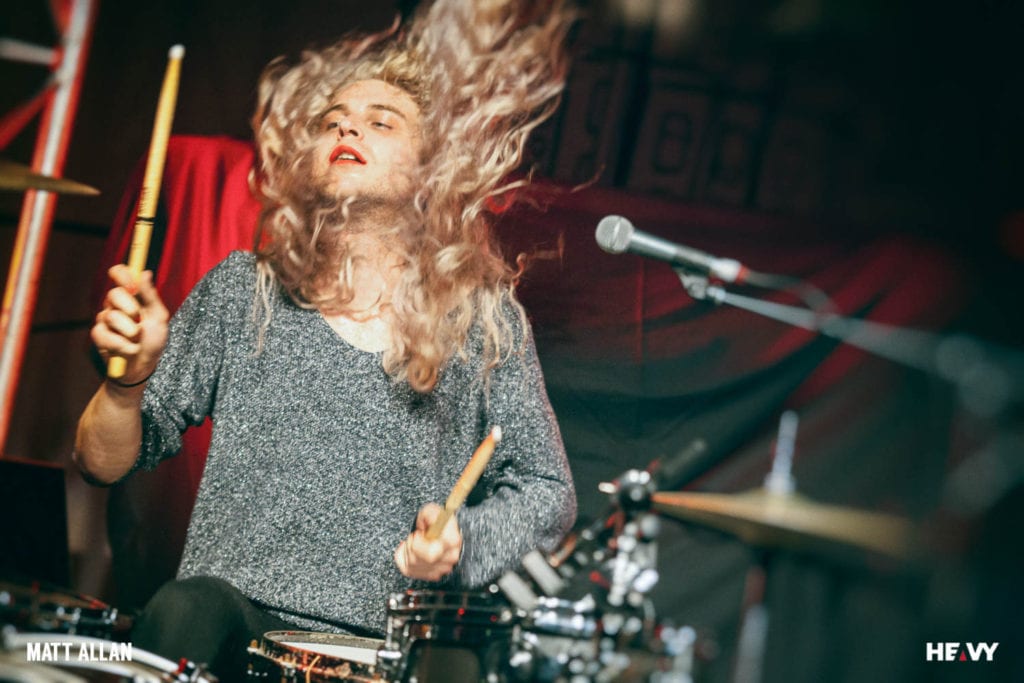 Corpus actually supported The Used and Taking Back Sunday at a couple of shows on their 2014 co-headline tour so I’d imagine it’s come at a request of the band for them to support on the whole tour this time around. The first thing you notice about Corpus is drummer Jack Bruun-Hammond‘s long golden hair. Seriously, this guy should be a Pantene model. The band play through a half an hour set of garage rock/screamo-esque music but they just aren’t my thing, ultimately.
Earlier this year Melbourne’s Storm The Sky announced that their unclean vocalist Daniel Breen had left the band and they wouldn’t be replacing him. Tonight is the first time I’d be seeing them since that happened and, considering I always felt that singer William Jarratt was the weaker of the two singers, I was curious to see how the band have changed. All kitted out in white shirts, what immediately is obvious is how confident Jarratt has become as the sole frontman and, wow, those vocals! The band have changed dramatically and, for me, for the better. Their more alt. rock style suits the band completely. Jarratt also shows another side of his vocals even doing a little bit of screaming when doing a couple of their older songs. Tonight is by far the strongest performance I’ve seen the five-piece give from the numerous times I’ve seen them. 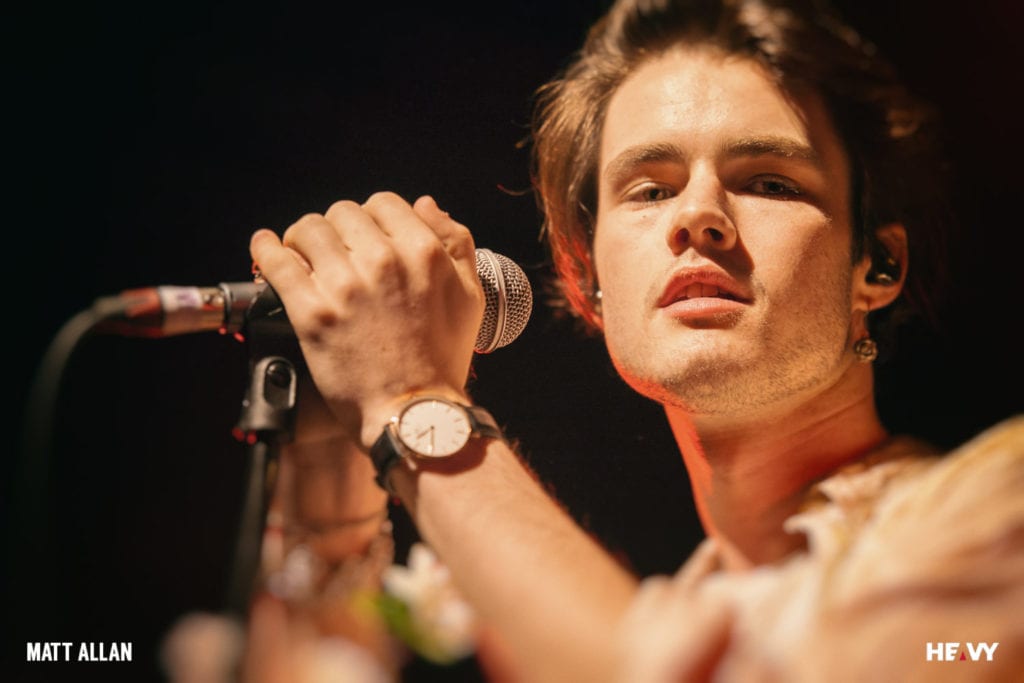 Bands performing albums in full is nothing new. It can be great to see one of your favourite albums performed live. When The Used stride out on stage the packed venue know exactly what is coming: Maybe Memories. The killer opening track from their self-titled album. The only downside I quickly realise is that frontman Bert (or, as he states, he’s Rob to his friends and we’re all his friends) McCracken won’t be doing any of the screaming. Instead, bassist Jeph Howard handles those and that’s just not the same. It doesn’t seem to bother the crowd though as they soak up every second and sing along with every word.

McCracken takes the time to chat with the crowd between most songs. Mostly about how much he’s loving this, about how music and these albums helped saved his life and even how he’s been four years sober which gets a huge cheer. He also loves calling himself an Australian after he and his wife moved to the country four years ago. The Used (the album) plays out well live and they even include a sneaky cover of The Fresh Prince of Bel-Air theme song. 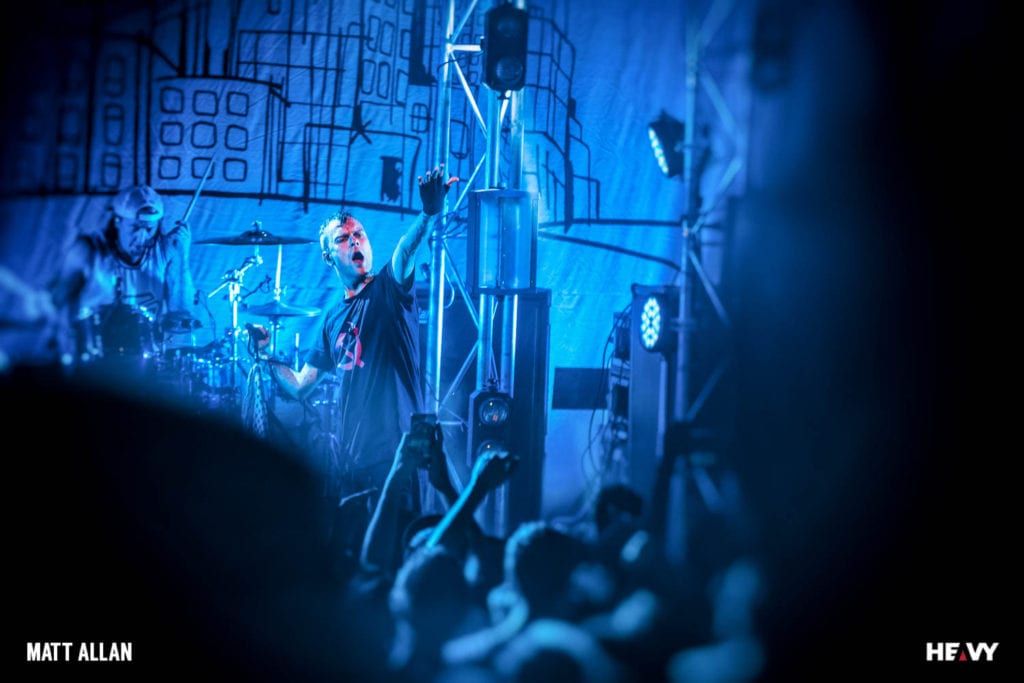 Part of me was hoping they’d play through the album and then we’d get an encore of a few other tracks but that doesn’t happen. Once final track Pieces Mended ends (which even includes the hidden audio track Polly and song Choke Me like on the album) the band leave the stage and the lights comes on. All in all, however, tonight was enjoyable and I’m certainly looking forward to doing it all again tomorrow night with In Love and Death!

with Storm The Sky and Corpus