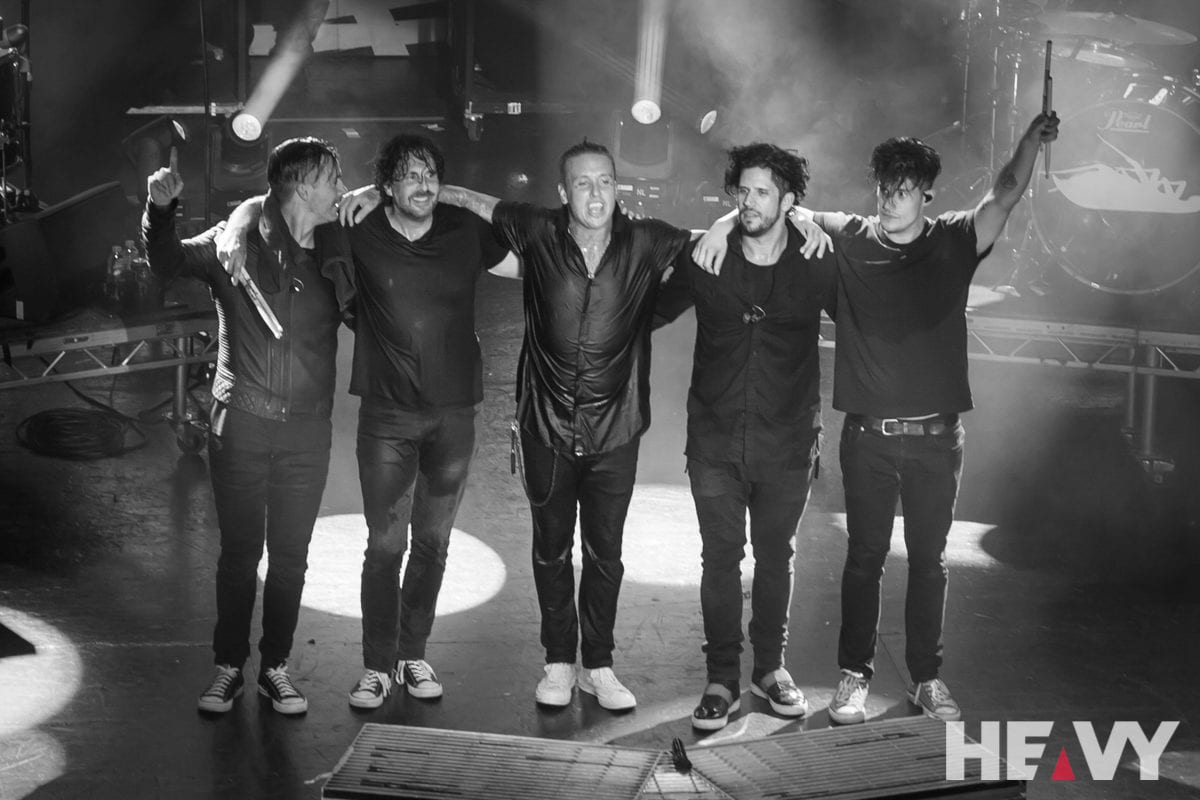 If you were an angst-ridden teenager in the early 2000s, Papa Roach’s Infest album was likely a staple of your music collection. Now an incredible 9 albums into their career, and packing out venues like tonight’s Manchester Apollo, Papa Roach are a band that have long outlasted any sense of merely being a nostalgia trip for those wanting to relive their youth.

Loud cheers greet the band from the fans, who have caught a glimpse of their heroes through the slightly see-thru banner that is covering the stage. Adorned with the front cover of their latest album Crooked Teeth, the banner drops and lead singer Jacoby Shaddix screams “Manchester!” before the band launch into the title track of their latest successful album. Shaddix immediately has the crowd under his spell, dishing out the first of his commands to the crowd to put their hands up, and the crowd duly obliged.

The first of many Mosh pits opens up as Papa Roach bring the classics. Getting Away with Murder sees the front of the crowd into an early frenzy, and it only continues as that is followed by Between Angels and Insects. Shaddix only adds to the chaos by opening up the floor into a Wall of Death towards the end of the song.
Shaddix eggs on the crowd, saying how much he loves crowd surfers. Predictably this has an immediate impact, and as the band play Face Everything and Rise, the first crowd surfer makes his way over the barrier.
A shortened version of Geronimo follows, and afterwards, the fans in the seats are urged to stand up, “This is a rock show, not a TV show!”

She Loves Me Not is dedicated to the old school fans and anyone dealing with “a crazy ass woman” before Scars sees the crowd left to sing that chorus back to the band which they do at the top of their lungs.
The band go back to the new stuff with Periscope and Gravity. The band are introduced to the crowd, as Shaddix tells his fellow band members they are like family and brothers through thick and thin.
A cover of Song 2 by Blur, which might have been seen as a bit of a risk given the fact Manchester is very much Team Oasis when it comes to the legendary Brit Pop rivalry, but it goes down a treat and is met with massive “Woohoo’s” from the crowd.

Out of all the new songs played tonight, Traumatic is the most well received if you are judging on the energetic moshing in the crowd. The sweat from the endless circle pits has actually heated up the previously cold Apollo, before the crowd are ordered to get down on the ground before bursting back into life for the end of the song.

Forever is dedicated to the ladies. Towards the end of the song the band play Linkin Parks In the End as a tribute to the recently deceased lead singer Chester Bennington. “We lost too many good ones this year” Referring to Chris Cornell and Bennington. Linkin Park and Papa Roach have a massive crossover in fan bases, and Shaddix seems emotional when the crowd start chanting Chester’s name. This moment is one that will live long in the memory of those in attendance.

New tracks American Dreams and Help finish off the pre Encore set and leave the crowd begging for more. The band return to the stage and perform a powerful rendition of None of the Above, which Shaddix says is by far his favourite new song to perform live.

Somehow the crowd still has the energy to go absolutely wild during old-school favourites Deadcell and Blood Brothers. The bands undisputed biggest song, and one that still fills the dancefloors of Rock nights around the world 17 years after its release, Last Resort is next and leaves the crowd a sea of sweaty bodies colliding into each other, returning the energy and intensity that the band have given them. Shaddix is drenched in sweat, and whilst shaking hands with the entire front row, finds a water container to absolutely drench himself with, a lot of the crowd must have been wishing for the same luxury.

…To be Loved finishes the night, and the band embrace and bow before an exhausted but enthralled crowd.
Papa Roach delivered a set and a performance that left no one disappointed. The new album reviewed a fair airing, and they left plenty of room for old favourites. The energy of both the band and the fans were well in sync with each other, showing how well connected they are. I think most inside the Apollo will be back next time Papa Roach come to town. 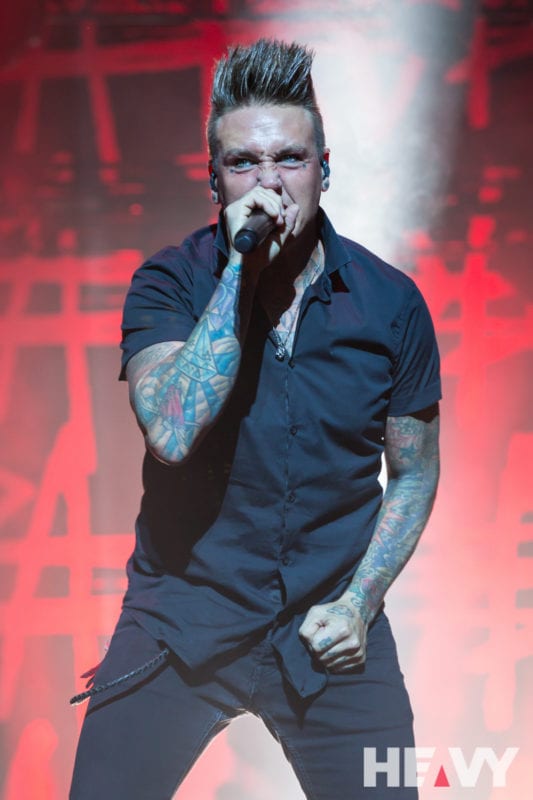 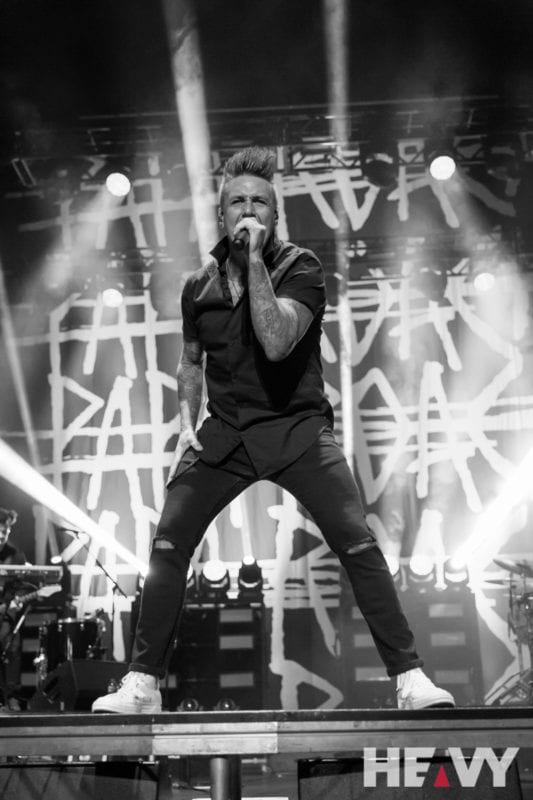 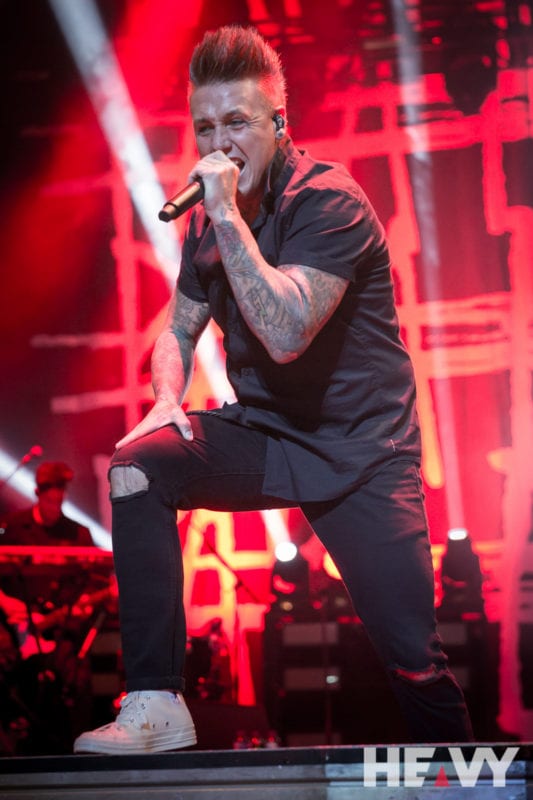 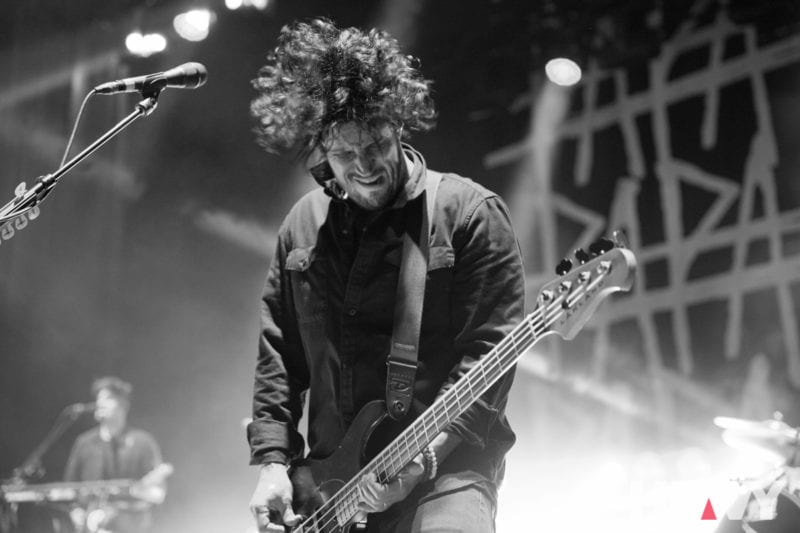 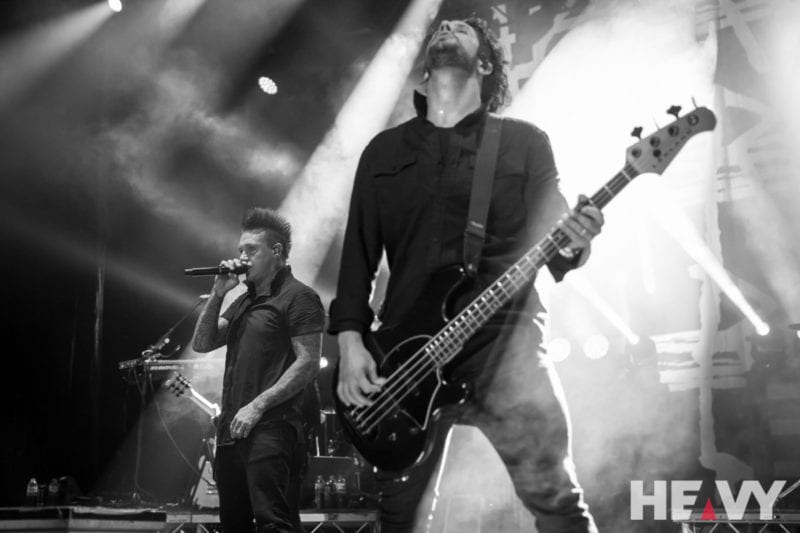 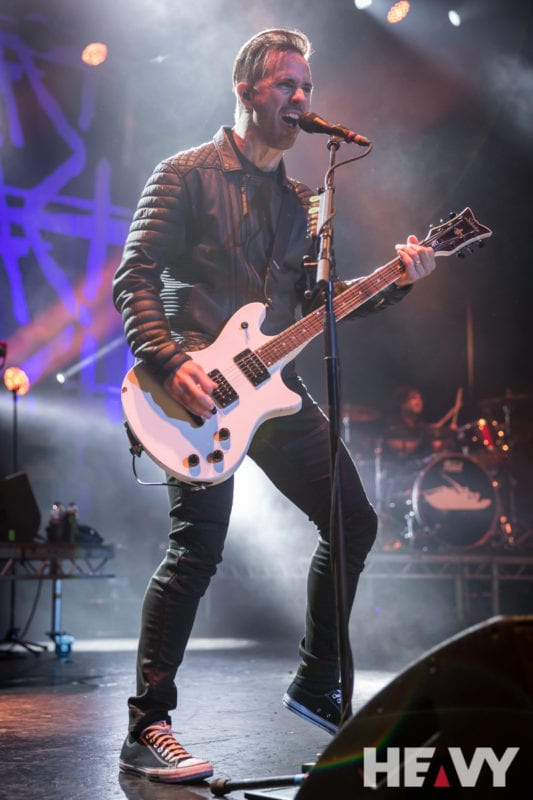 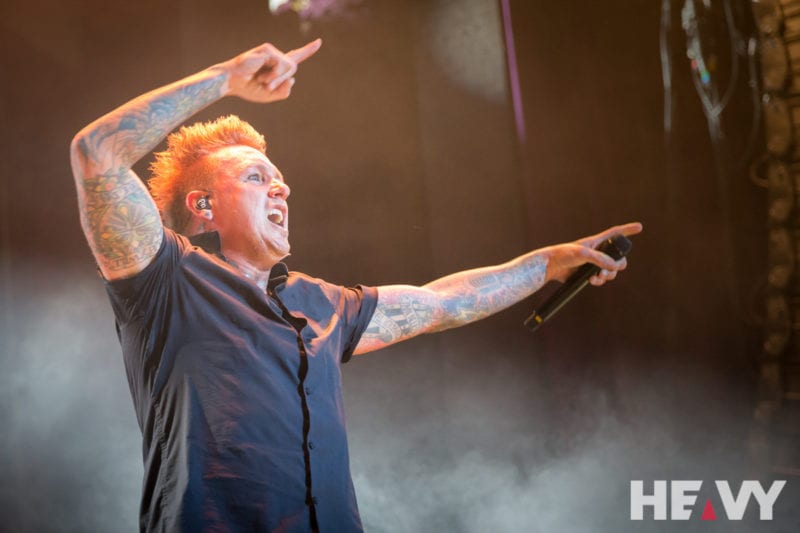 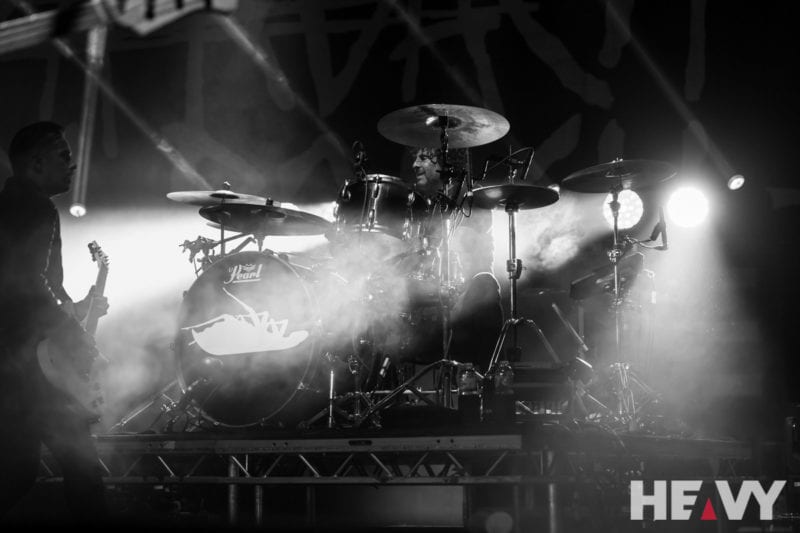 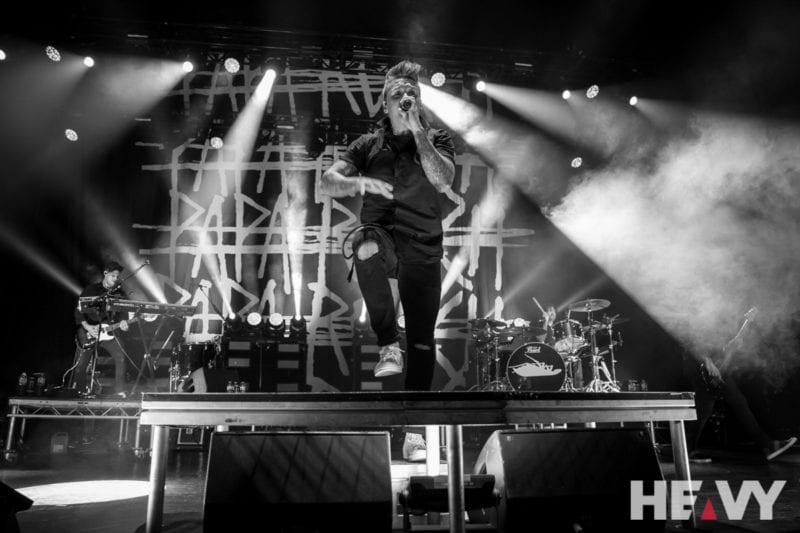 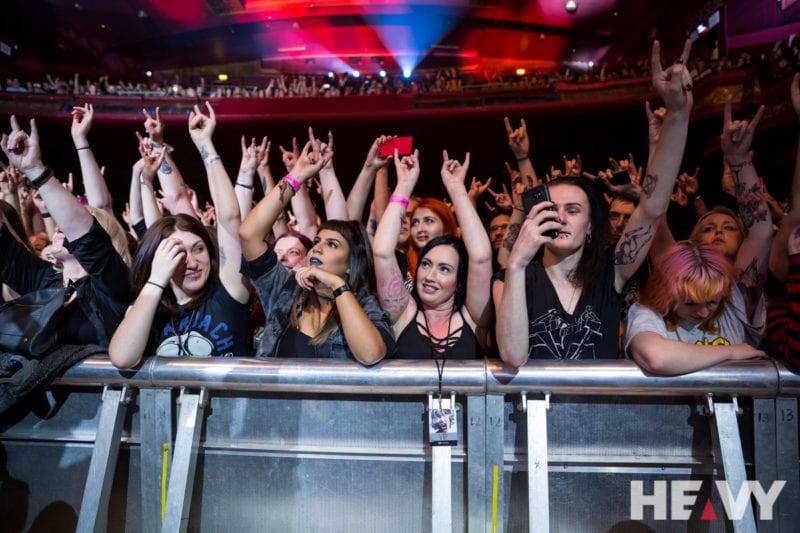 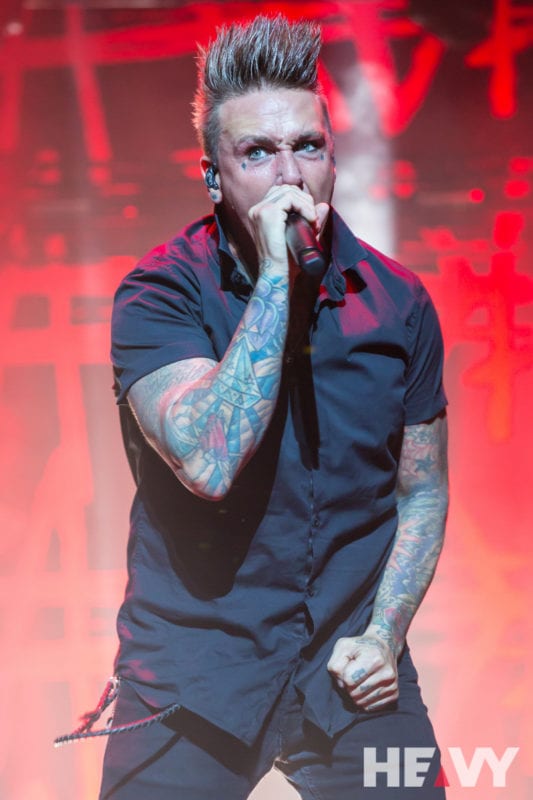 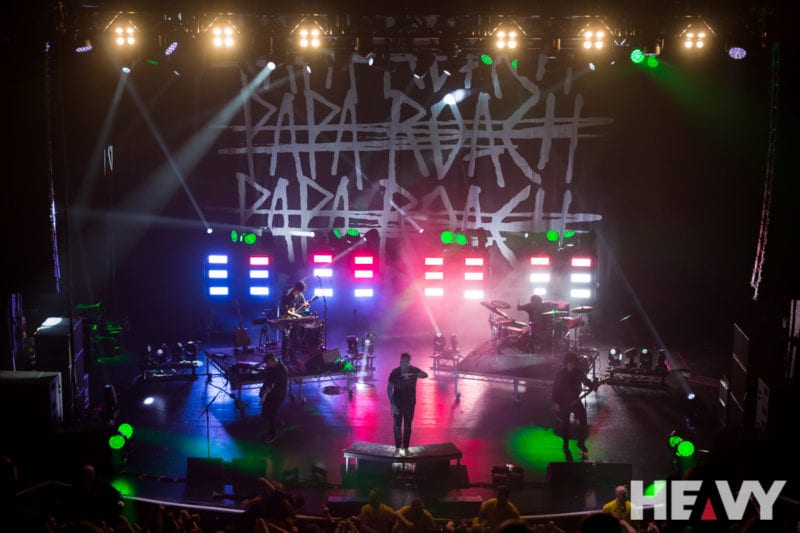 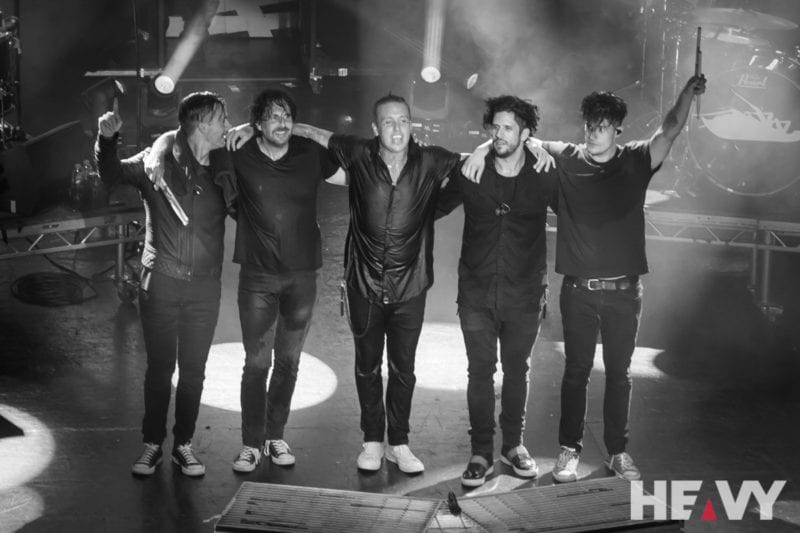