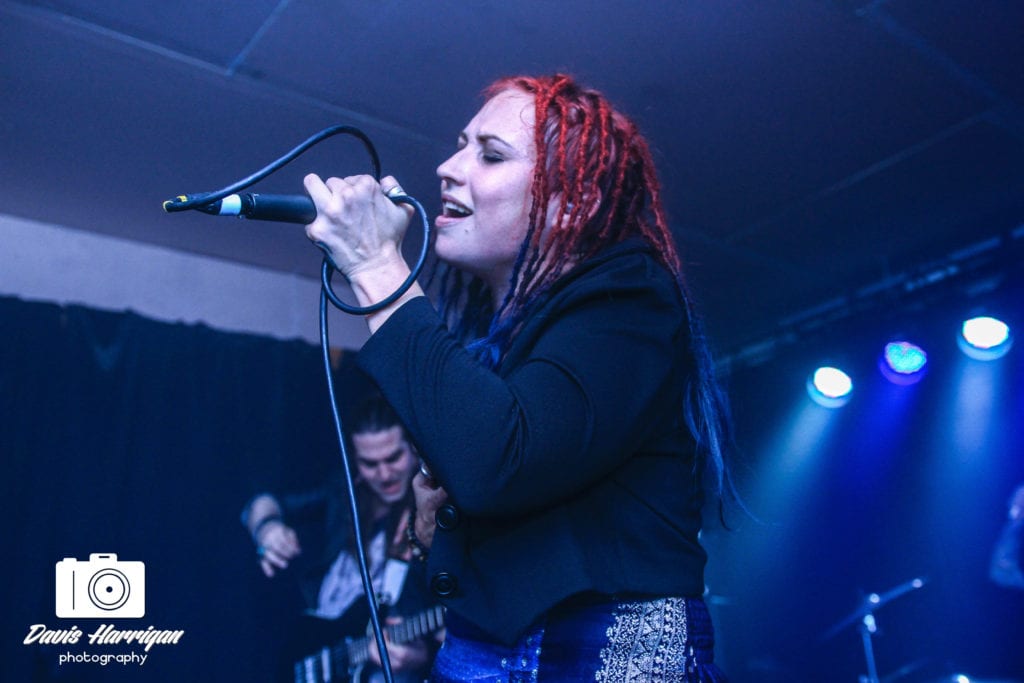 The Queen of Australia’s hard rock scene is back on her throne. When Crystal Ignite took to the stage at The Worker’s Club on Saturday night she was a woman on a mission. It was a show full of aggression but also a show where it was obvious that Ignite had been a personal journey to hell and back but now she was back for good.

The supports on the night were brilliant as well. The sultry vocals from Madi O’Shea from The Dead Lips put the crowd in the right mood for the night and then when Verona Lights took to the stage to launch their new album Adrestia we got a glimpse of one of the finest doom metal acts in Melbourne at the moment.

Then just before Crystal hit the stage the crowd was put under a mesmerising spell by Acolytes led by Morgan-Leigh Brown who delivered a set so powerful and atmospheric that I went straight out and hunted down their music… seriously if you have never seen this band live then you simply must check them out when they play near you sometime soon.

The night then jumped up a few gears though when Crystal Ignite hit the stage with her newly formed solo outfit. Crystal not only owned the stage at The Worker’s Club but she dominated with one of the most highly energised sets to hit this fair city in quite a long time.

She began her set by launching into an aggressive rendition of Bellusira’s Cachango. As Crystal used every inch of the stage the crowd followed her every move and then launched into a brutal version of Redemption Queen… a track that’s lyrics really do make you think. The thought-provoking lyrics continued all night with Crystal delivering new track after with lyrics that really took the audience through her personal journey. Ecstasy was catchy with a brutal edge, 45 took you deep into her soul while Snake was certainly written by her at a time when somebody screwed her over… badly. That sentiment was also on show when she dedicated one of her new tracks to all the haters out there and then proceeded to deliver a track with rawness but with the voice of a hard-rock angel.

Crystal again re-energised the crowd with two more Bellusira hits – Culprit and Dance With Me and then one of the highlights of the night occurred when Dave from Acolytes took to the stage again to deliver the keyboard part of Crystal’s new single Everything You Break – a beautiful hard rock ballad that shows just why Crystal is one of the most talented songwriters on the planet at the moment.

I don’t think I’ve ever seen a show where an artist has put so much for her personal story into her performance before… the result was a performance by Crystal Ignite that is not likely to be forgotten any time soon. We’ve all heard the term ‘the artist put their heart and soul into their performance’ and for those of us at The Worker’s Club on Saturday night – now we’ve seen it firsthand.