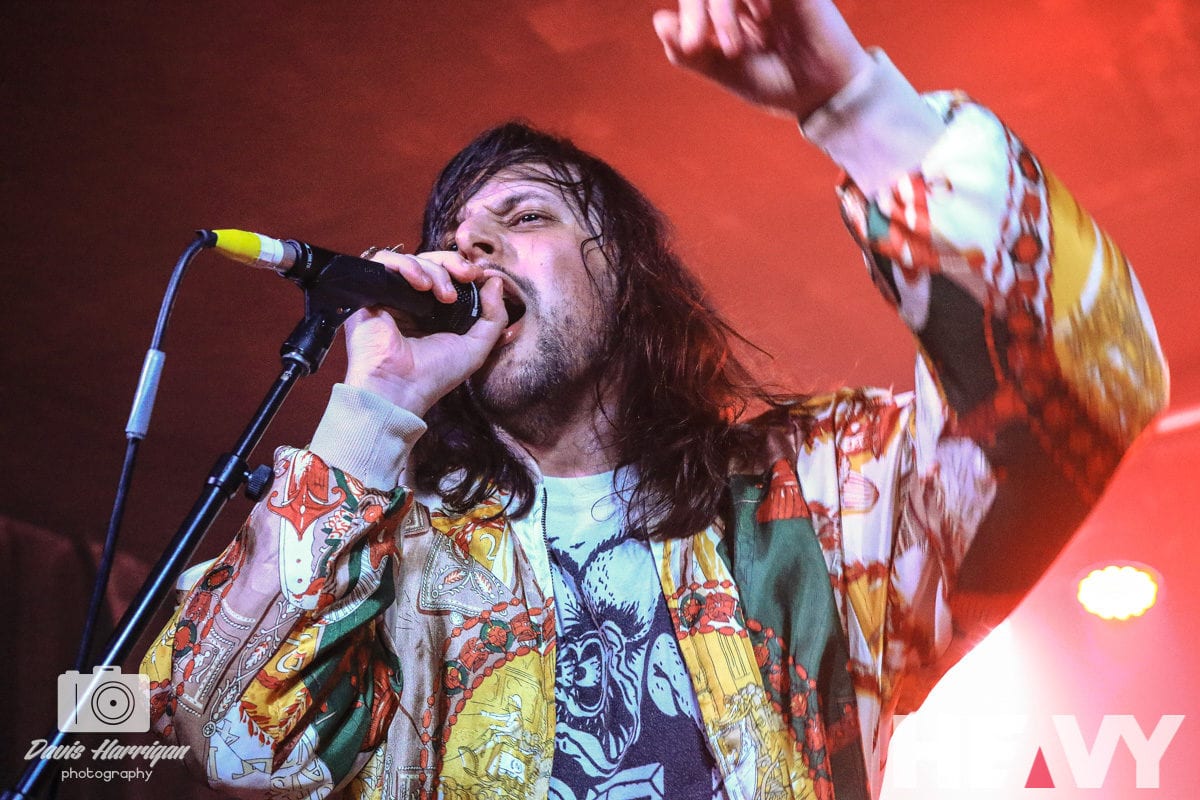 A packed out Worker’s Club in Fitzroy was the scene of Closure In Moscow’s hugely successful Melbourne show, played to admiring fans and a crowd swept up by a night of fast, loud, and groovy music.

The resume of Melbourne’s progressive and alt-rock band Closure In Moscow spans pages and pages of high-quality tours, gigs, supports and headliners since formation; in a few short weeks, they head off to New York for a whirlwind tour. Before then, they kicked things off with Rad Island and Oolluu – two bands Melbourne should quickly become aware of it after the raptures they received from the ever-growing crowd.

This was a night of rock roots, mixed in with a sensation concoction of progressive and melodic undertones. Sound turned up to 11, the very energetic Rad Island strapped in and took the watching punters on a blistering, awesome ride through their tight set. Guitarist Liam Davies absolutely belonged up there on the stage as the band opened up with “Can’t Wait”.

Fun was the key element of their set, as “Talking To Myself” is a quick, hard-hitting tune with vocalist Luke Fraser at the helm. Fraser even manages – between bass-guitar tune-ups – to drop a line about International Women’s Day to the crowd; an encouraging round of warm applause pinged off the walls.

What Rad Island managed to do so well was capture the interested audience that kept on growing throughout the start of the night. Fraser hammed it all up, along with Davies and drummer Ryan Mano. If the crowd’s attention hadn’t already been tuned in, things certainly changed after Fraser’s big shout out to the upcoming International Women’s Day, which drew a wave of positivity and cheers from attendees.

Favourites of the night were “Cutting Ties” and “We All Get High” – a far cry from the “posi-punk” genre that many people put the band in. These two songs are heavier, punchier, and deliver an awesome kick from the Melbourne trio.

With absolutely no expectations going in, Oolluu absolutely blew those watching away with a psychedelic mosh of sound; yet, all in harmony, incredibly tight, and packed with energy. There was no six-string being wielded, yet the bass guitar was tuned to produce guitar-like sounds. The result is something totally unexpected, yet totally mesmerising and done with complete gusto, and a light show to match.

Everyone, though, was waiting for the Closure (pun intended). And boy, was it delivered with a massive bang in a tiny venue. Playing the majority of their debut album, First Temple, the band was greeted with instant movers, groovers and some head-bangers in the front row as they launched straight into perhaps the best song off the LP, “Vanguard”. Singer Christopher de Cinque knew exactly which buttons to push to get the crowd pumping from the get go. There was a chorus of cheers for lead song, “Kissing Cousins”, and from there, it just got better and better. Closure In Moscow know the energy, the know the fans, and they know how to put on a show. Guitarists Duncan Millar and Mansur Zennelli loved hamming it up under the lights, and so did the crowd, as “Ghosts of Twilight” hit the peak of the night.

“Arecibo Message”, “Reindeer Age” and “Heartache” were other big hits played in a non-stop blast of superb music. These guys made a venue that holds little more than 200 sound and a feel like one that holds at least double that.

Ten songs wasn’t enough. The shouts for “Pink Lemonade!” (the band’s most recent release) were well heard, and received, as Closure plugged in for “Happy Days” – a move away from First Temple’s sound, but still clinically the same sound that the band has been known for, and a ripping way to end a night of live music.