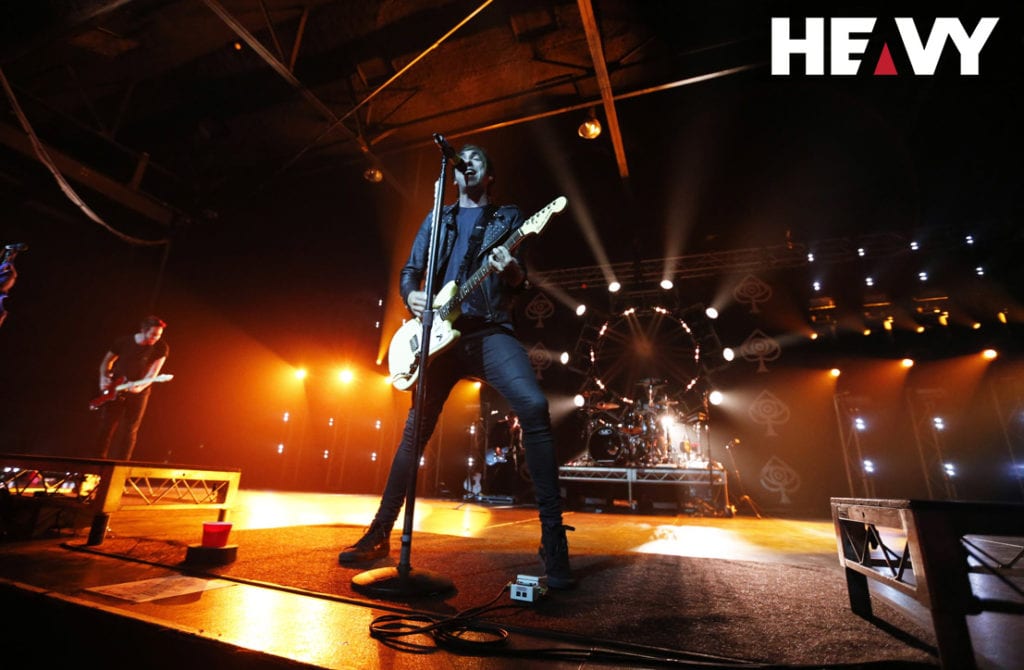 It’s always a beautiful feeling to stand in a crowd and feel part of a real community. That’s what it felt like to be jumping up and down at the recent All Time Low show that hit Sydney’s Hordern Pavillion this weekend.

Perhaps the only shame of the experience was to see The Maine be so incredibly underrated in the scheme of the show. The Arizona rockers captivated everyone in the room as they expertly smashed through songs of their most recent and best record Lovely Little Lonely, bookending the set with “Black Butterflies & Déjà Vu” and “Cigarettes After Sex”.  From older to newer features in their setlist, one stood out above all, the best rendition of “Girls Do What They Want” that has ever occurred. As charismatic frontman John O’Callaghan, whose presence trumped that of all the night’s later vocalists, invited a fan onstage, the entire crowd got to witness William from Indonesia belt out the tune like it was the anthem of the century. Everyone was a participant, not a witness, as O’Callaghan reminded them that no cool people were allowed at that concert, that night.

UK pop punkers Neck Deep attracted a greater crowd than The Maine, despite putting on a less engaging, but still adequate, performance. Frontman Ben Barlow embraced the crowd as he jumped in, pioneering a simple but solid set which was impactful mostly because of the overwhelming enthusiasm expressed by its crowd surfing audience. To summarise: no one would blame anyone who was watching the people singing along to “Can’t Kick Up The Roots” instead of watching the artists playing it. Sidenote: shout-out to the security guards at the venue who, though they later let a girl onstage to koala hug the accepting All Time Low guitarist Jack Barakat, did a great job of returning surfers to their home in the crowd.

When Maryland pop rock kings All Time Low hit the stage, and the crowd packed itself into the centre of the Hordern like sardines, it felt like everyone had been waiting forever for this moment, even though they had all just witnessed two great supports as well as dancing along to the great between-set-soundtrack, which featured crowd-pleasers from My Chem and Paramore. ATL kicked off with frontman Alex Gaskarth stripping down Nothing Personal hit “Weightless” before the rest of the band joined in to take their places. Gaskarth and Barakat’s banter throughout the night broke up the band’s epic setlist, as Barakat described the crowd as looking like “the Roundhouse had kids with the Roundhouse”. Inappropriate jokes made parents cringe, while stripped renditions of “Missing You” and “Therapy” made the room feel smaller.

While they pleased almost every generation of fan, playing tracks of their last four albums as well as old favourites “Jasey Rae” and “Dear Maria, Count Me In”, the pop punkers went a step further by bringing in covers of Lorde’s “Green Light” and Journey. Interestingly, when they played their more electro-oriented newer singles off Last Young Renegade, which drops next month, the majority of the crowd sang along, proving that one person who commented on that shitty website saying they weren’t in the direction was definitely not in the room. All in all this kind of spot-on performance is what you’d expect from All Time Low, and it was satisfying even if you’ve seen them before. Having said that, they didn’t play “Remembering Sunday”, but that’s just a reason to go next time, right?