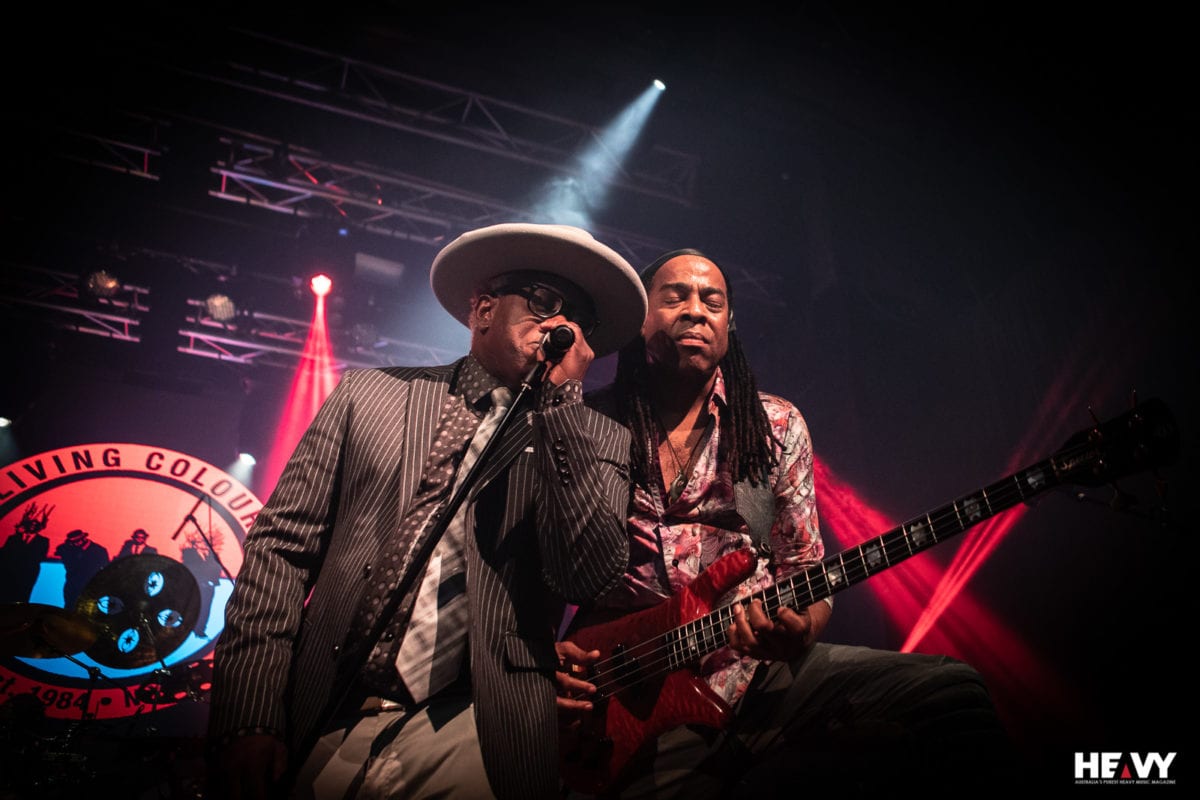 When a band of Living Colour’s ilk comes to town, one can be guaranteed of an event resembling less of a concert than a party. It didn’t matter that it was a Wednesday night, as vocalist Corey Glover would later point out before a generous encore. Nor did it matter that most of the crowd were halfway to ninety (with the other clear winners of the night being the babysitters). As with conversations at any party, Living Colour’s songs can switch from a joke to a serious political statement in the blink of an eye, characterised by recurrent flashes of virtuosity.

Like their lyrical content, the scope of Living Colour’s thirty-four year long back catalogue is multi-dimensional. It would be lazy to refer to them simply as a funk-metal band and such an eclectic group could have justifiably invited similarly diverse support acts.

Instead, Metropolis Touring opted to play it safe and stick with locals peddling meat-and-potatoes grade hard rock. Granted, Dead City Ruins were as bona fide rock and roll as lead singer Steve Welsh’s leather jacket. Although his Dio-esque falsetto occasionally borders on classic-rock parody (much unlike Corey Glover’s doesn’t), he is the right face for a mean rhythm section driven by Nick Trajanovski’s Bonham-swagger.

Intoning the sounds of Led Zeppelin were fellow local act Palace of the King, with livewire Sean Johnston’s manic keyboard solos deserving a little more than the crowd’s tepid response. Frontman Tim Henwood acknowledged the rigours of warm-up duties with equal parts zeal and humility, eventually being rewarded for his persistence. Cameron McGlinchey’s drumming was a stand-out, particularly for his solo which managed to shift the beat effortlessly beneath hypnotic riffs.

While the quality of the support acts wasn’t in doubt, Metropolis Touring missed a golden opportunity to make an inspired choice. With the melting pot that is Living Colour’s music, acts from various genres from funk to hip-hop could have made for an interesting evening. It would have likely relieved some pressure from the support acts, in that Living Colour set the benchmark for diversity within the hard-rock idiom. An act outside of that world would perhaps have little to achieve other than to provide a point of difference.

As Corey Glover sings the opening strains of ‘Middle Man’, there is no doubting that he and his cohorts are still at the top of their game. There is unfettered flair, but it is never wholly self-indulgent. Vernon Reid’s fingers traverse the fretboard like skittish tarantulas but never lapse into aimless noodling. Even a potentially superfluous moment of all becomes a transcendent ten minutes when bassist Doug Wimbish is granted a solo. Dedicating it to his wife, the Jaco Pastorious classic ‘Portrait of Tracy’ comes to mind as he balances beauty with brilliance.

Much like his bandmates, Corey Glover is similarly devoted to testing the limits of his instrument. During ‘Open Letter (To a Landlord)’ and ‘Broken Hearts’, he exhibits pure vocal melisma whilst the audience carries the chorus beneath him. As a vermillion fog descends upon the stage, drummer Will Calhoun abandons his drum kit in favour of his electronic tablas while Glover ululates like a shaman. Before long, the party vibes return with ‘Glamour Boys’ imploring us to clap our hands and stomp out feet. Eventually, we’re reminded there’s a curfew once setlist staple ‘Cult of Personality’ concludes, but what kind of party would it be without breaking a few rules?

Once Living Colour bid farewell by asking us ‘Should I Stay or Should I Go?’ and ‘What’s Your Favourite Colour?’, they’ve clocked in over two hours of music. Considering they’ve spent more than three decades together, it made sense when one member of the audience commented that Living Colour took places one-to-ten for the top ten gigs of 2018. 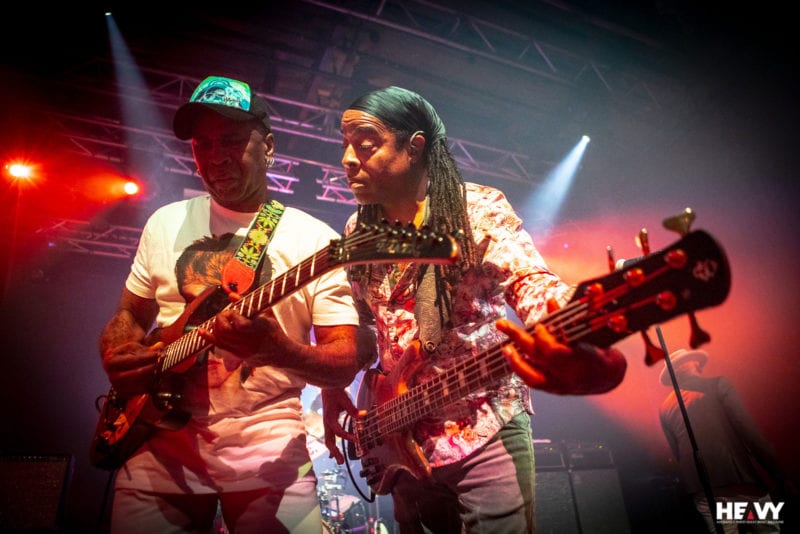 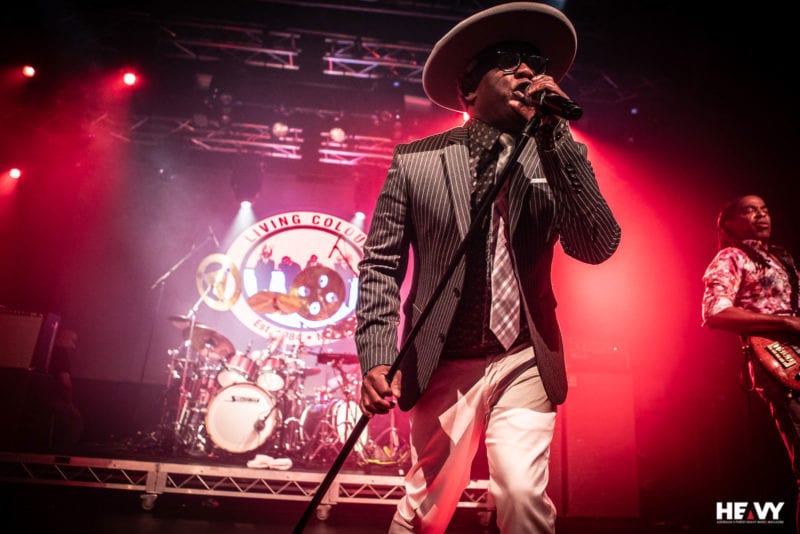 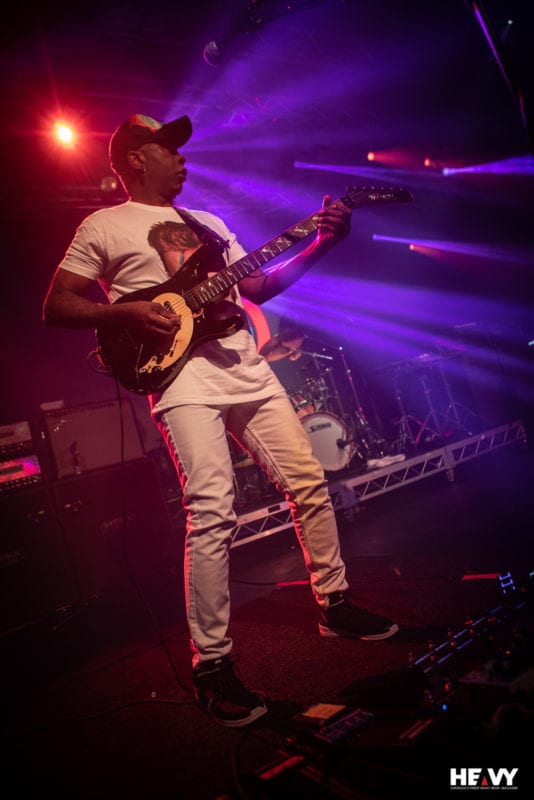 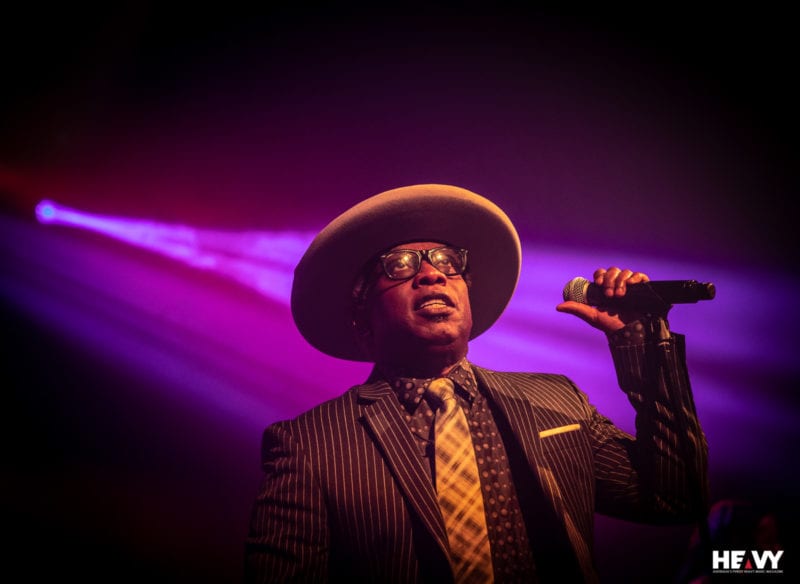 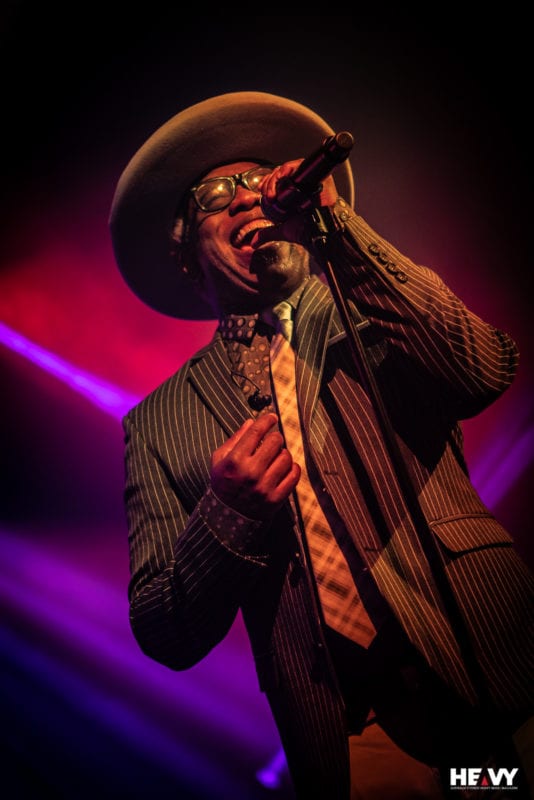 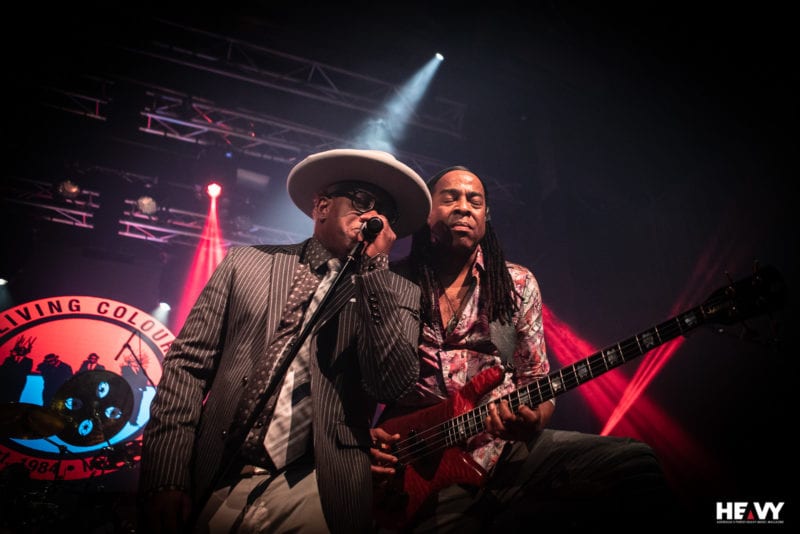 Palace Of The King 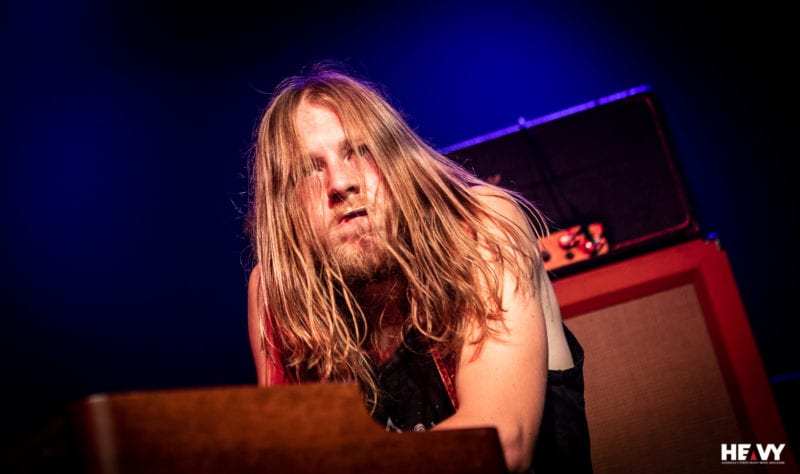 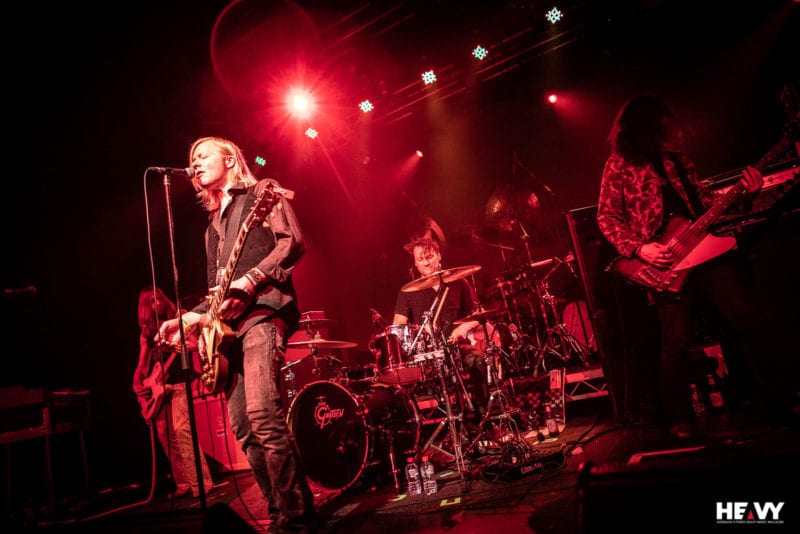 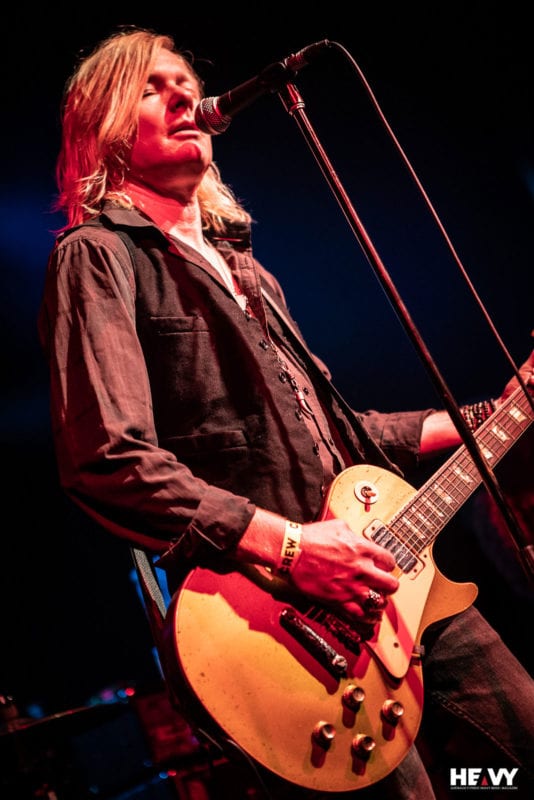 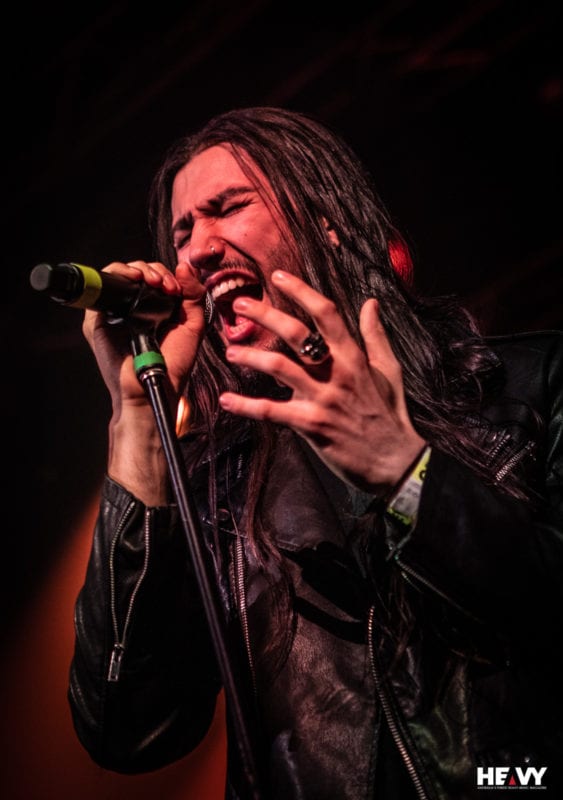 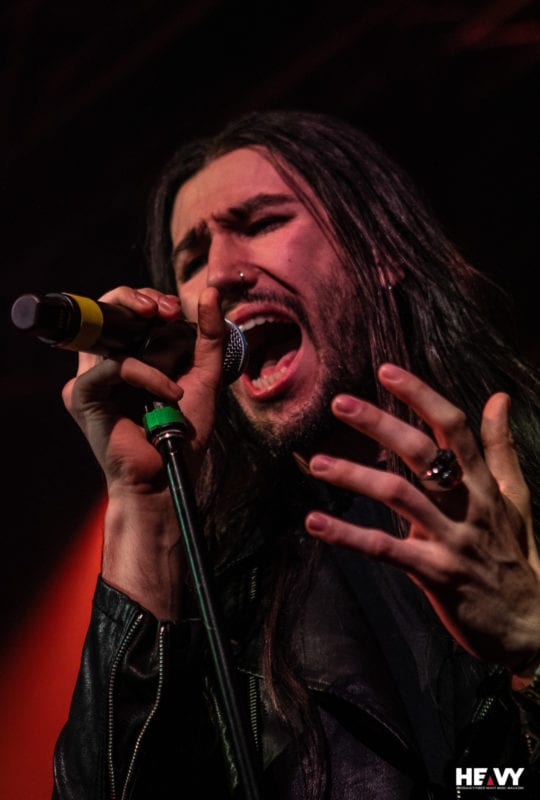 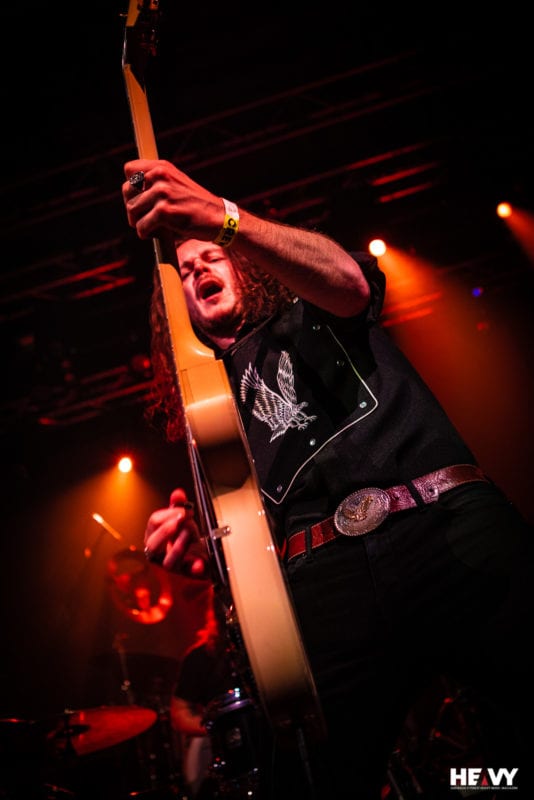 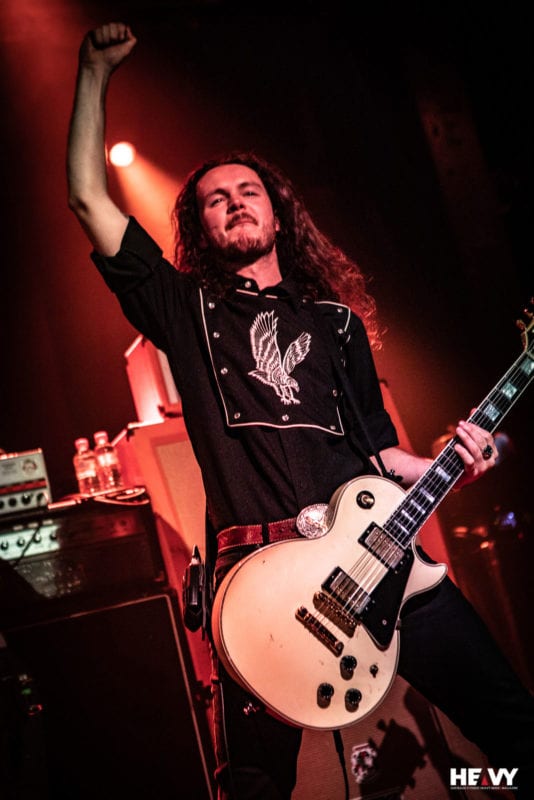