It’s a mid-week sell out show, uncanny for even some of the biggest bands around, to sell out a Thursday! The Venue, the O2 Academy Islington, filled to the brim, where I am lucky enough to be nestled up on the mezzanine with a perfect view of the stage. Somehow, people keep pouring in, only centimetres are available, yet they still find space. Now looking like a huddle of penguins hanging out together for warmth, because lord knows ‘baby, it’s cold outside’ (can we still reference that song??) It’s shaping up to be a big night.

I have a recipe for a delicious brutali-cake, mix five parts premium French death-core musicians to one part English extreme metal vocals, place on stage and enjoy for 30 minutes. Betraying the Martyrs bring their incredibly symphonic core style to the O2 Academy Islington . It’s difficult to decide where to look, as the band fill the stage, with each of the six members engaging in flourishes individually, then appear united. Vocalist Aaron Matts commands the room with harsh determination, powered by his Leicester accent. Matts demands circle pits, and is rewarded with sweat, as it drips from the black shirts in the crowd. Running through a few crowd classics like ‘Lost For Words’ and ‘Eternal Machine’ I am a little disappointed they didn’t run through their most excellent cover of ‘Let It Go’ but this doesn’t affect the enjoyability of the set. Overall, Betraying the Martyrs deliver a well mixed cocktail of metalcore, deathcore and symphonic metal, perfectly balanced and enjoyable live. A refreshing and memorable molecule in today’s crowded metal scene.

A low rumbling bass sample shifts the dust on the bannisters. Wage War are coming. The crowd know it too. Woos and whistles amplify their excitement, ‘Can you feel it London?’ a question with only one obvious answer. Opening the evening with a highly energetic while measured and coordinated rendition of ‘The River’, Wage War reignite the flames in the eyes of the crowd, blasting everyone in hearing distance with bass drops and crunchy guitar tones. ‘Everyone off their feet when I say, dead weight’ vocalist Briton Bond encourages mayhem as Wage War make light work of the title track from their 2017 album of the same name. The band dominate the stage, although perhaps a little less enthusiastically in comparison with the opening band on the evening. The performance is polished and tight, perhaps a little too much reliance on the backing tracks for my taste. During their renditions of ‘Gravity’ and ‘Johnny Cash’ Bond seems a little lost on stage except for the few harsh vocal phrases in the song. Wage War deliver an expertly crafted metalcore experience, catchy and clear, with dynamic chorus’ and merciless breakdowns.

Props to the promoter for organising this tour, the collection of these three immense bands sit alongside each other perfectly, Betraying the Martyrs and Wage War bulldozing the O2 Islington into a frenzy for August Burns Red (ABR). A band that’s hard to classify, ABR a have been generally placed in the metalcore genre, but this is doesn’t really make sense, with many ABR songs not containing chorus or breakdown sections, elements which are crucial to that particular genre. Regardless, the evening has been slowly creeping to this point, with the house lights down, a subtle heartbeat over the speakers slowly manifest to the band appearing on stage. The five piece powerhouse blasting straight into their inaugural track for the night, ‘King Of Sorrow’. Jake Luhrs perches on the stage, a beacon of power, he chooses his movements carefully but expresses a vibrant energy and connectedness with the music. Luhrs’ vocals are impeccable, if not better than they are on the records, with the band seamlessly shredding their complicated riffs as if they each had extra hands, the sound is especially clear.

ABR run through their incredibly diverse and complicated back catalogue, bringing fan favourites from their ‘Constellations’ and ‘Leveler’ albums. The energy is taken up another magnitude, to a level I would have thought impossible given the effort throughout the night, but the crowd made it there. Smoke explosions, spellbinding guitar melodies and blast beats – ABR continue to nail each song with elegant ease. Even after 25 shows on this tour, the five-piece from Pennsylvania deliver a no-gimmick, energetic stage show, flawlessly executing intricate and explosive anthems, one after another.

The band complete the final notes from ‘Empire’ and take their leave from the stage, giving space for the monstrous crowd to express their want, their need for more. It’s not long before drummer Matt Greiner appears back on stage, somehow manages to deliver a behemothic drum solo after the punishing 13 or so track set list. The rest of ABR return to the stage and deliver heartfelt renditions of ‘Float’ and ‘White Washed’….Luhrs shirt now sweat-drenched through he delivers the iconic ‘Don’t say another word, you’ve crossed the line’ to the crowd as they engage in one last wall of death. The guitarists run through the final section, stood up on their platforms, like pillars holding up the metal community. Take a bow fellas, you’ve earned it.

‘This [London] is the best show on this tour’ – Luhrs

‘August Burns Red is an essential for any true metalhead, they deliver on record and on stage, they tour like madmen so do yourself a favour and see them’ – Me 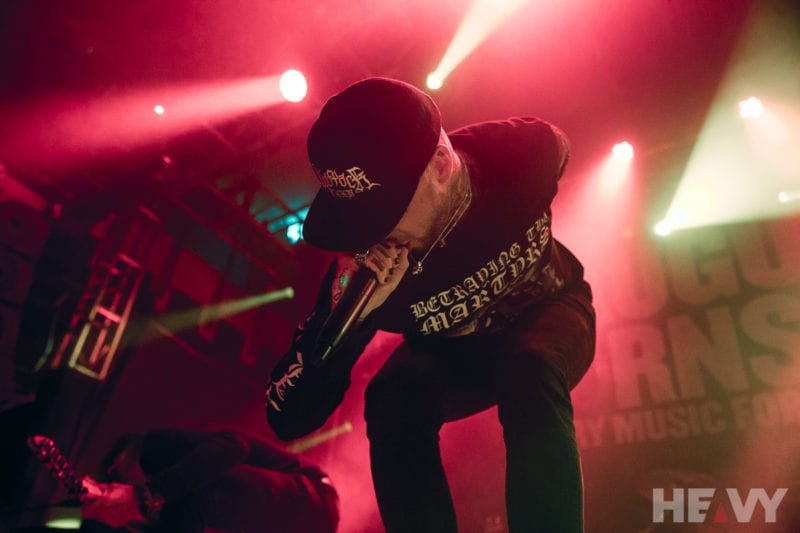 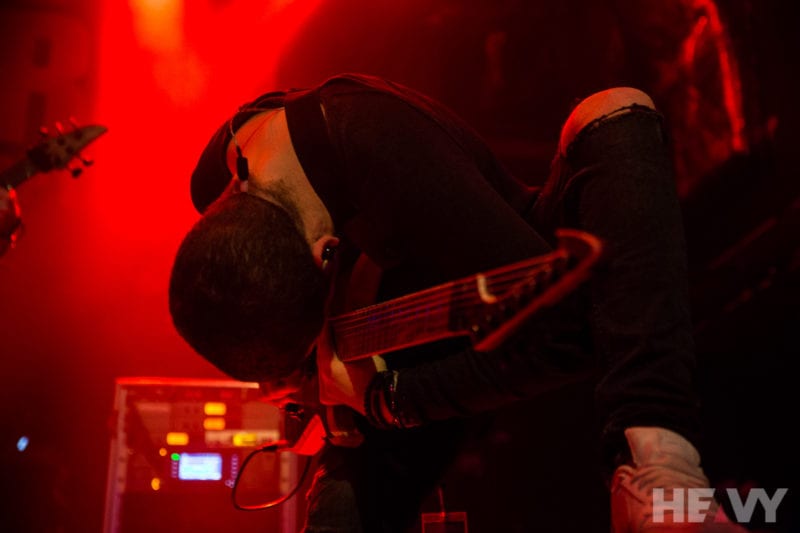 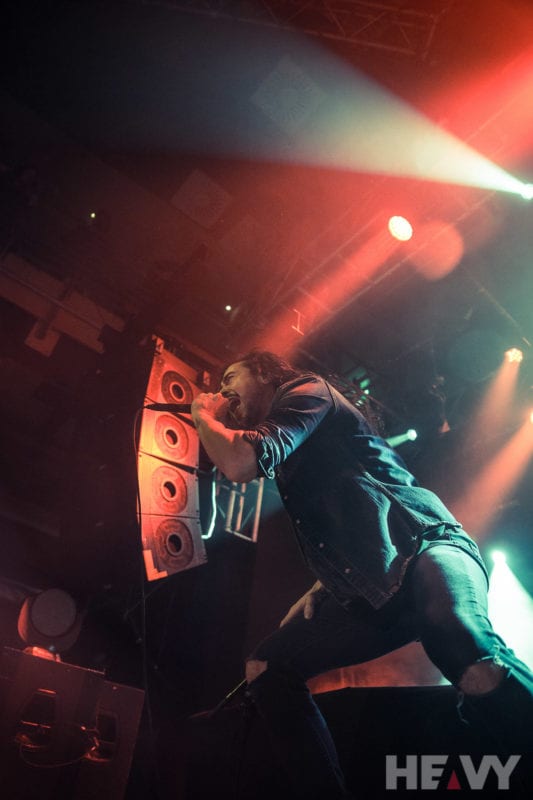 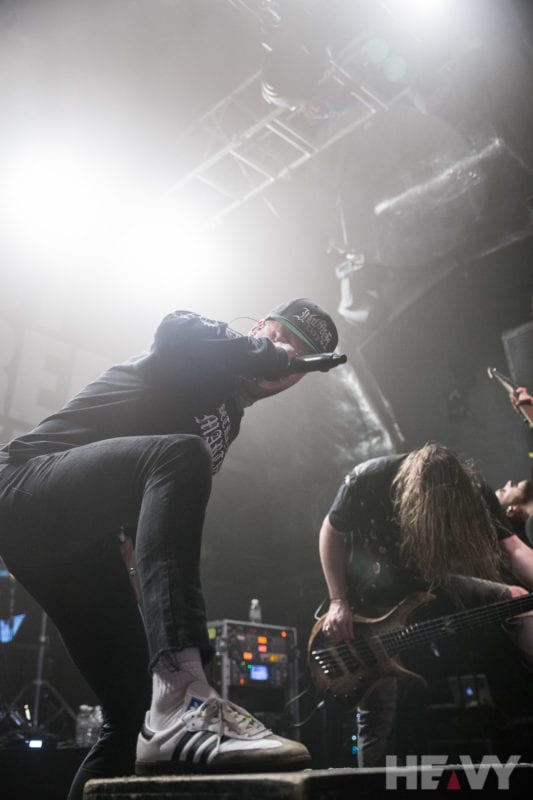 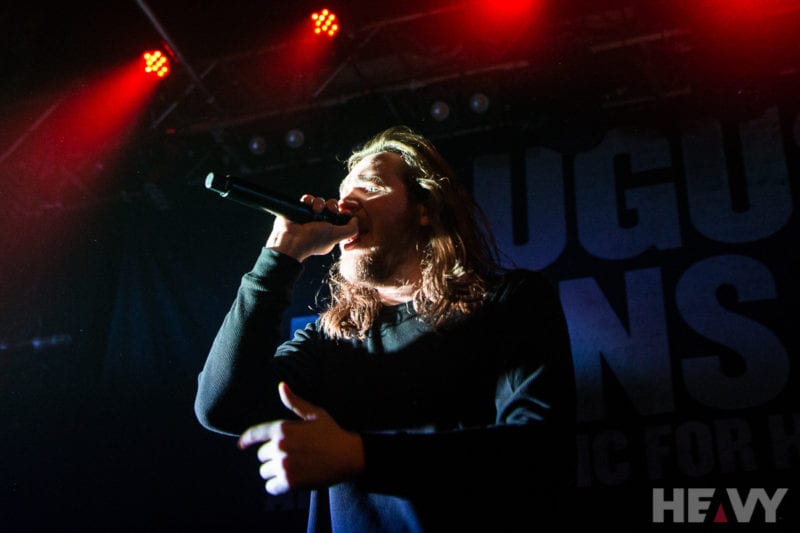 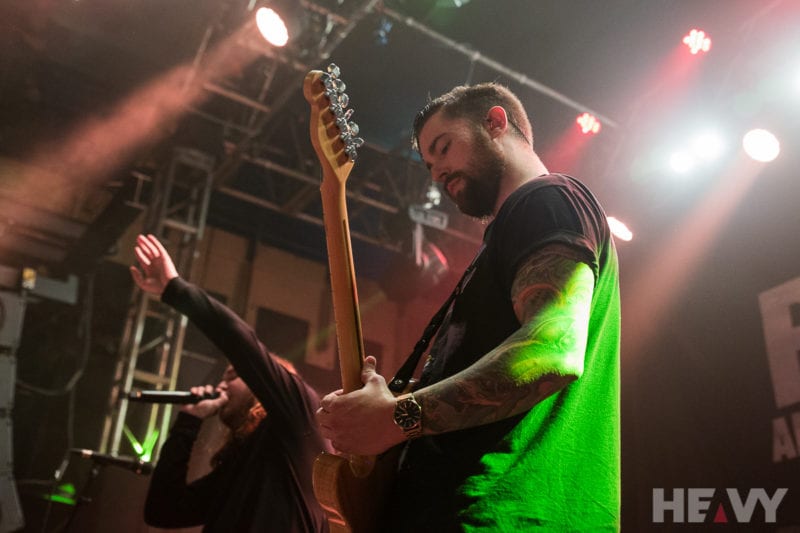 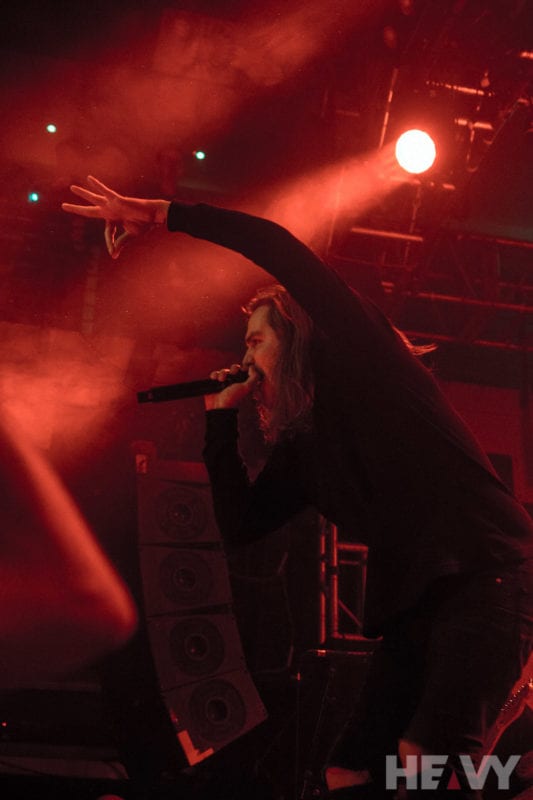 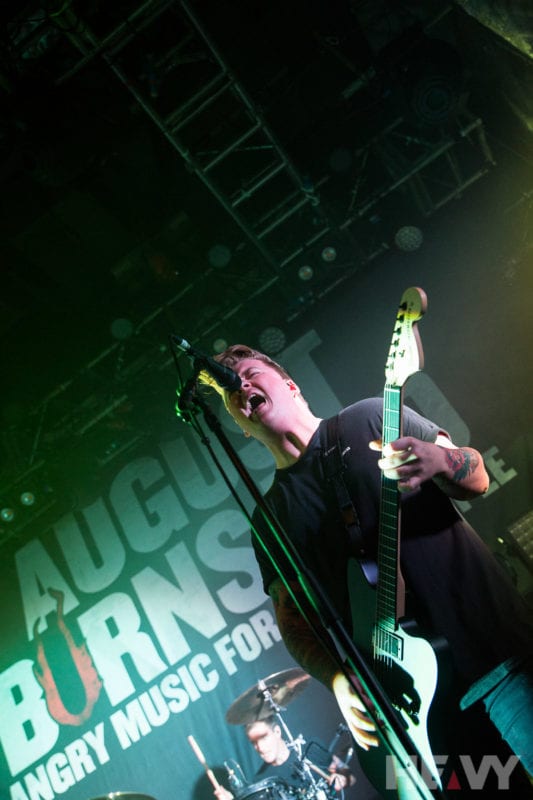 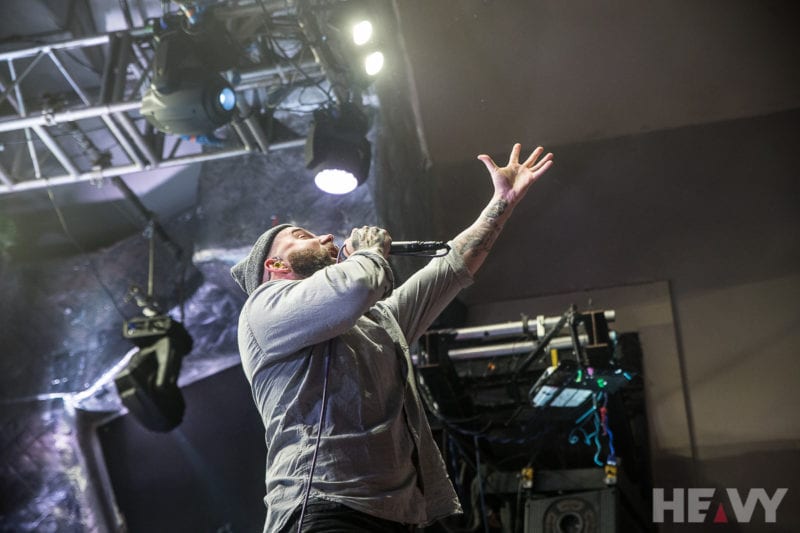 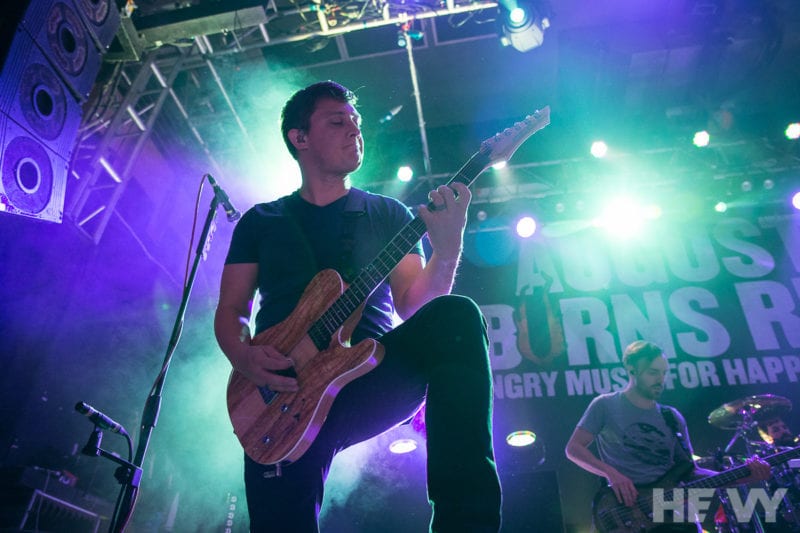 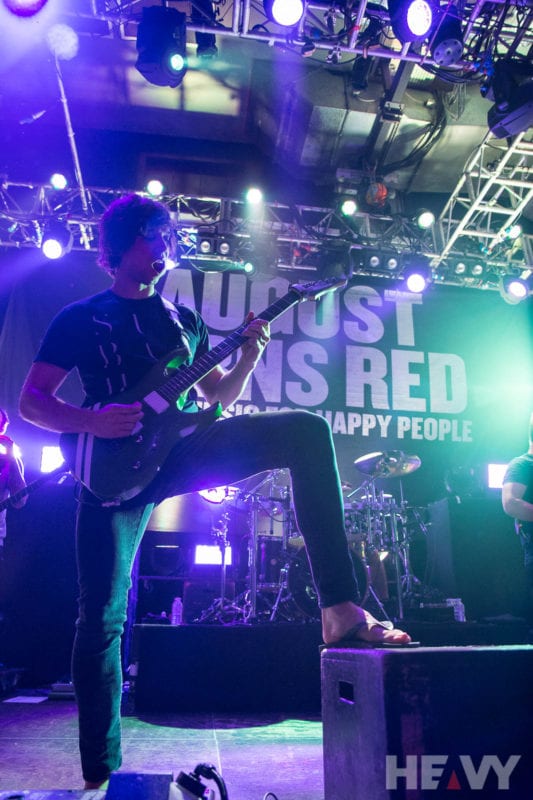 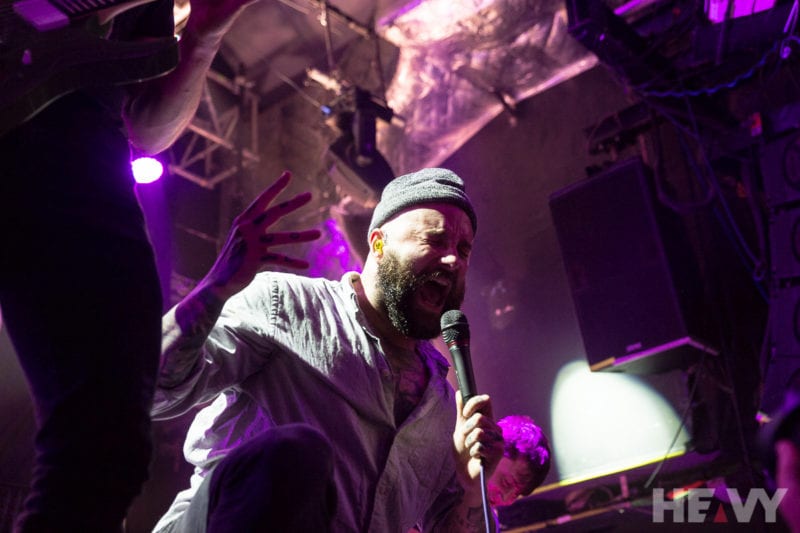 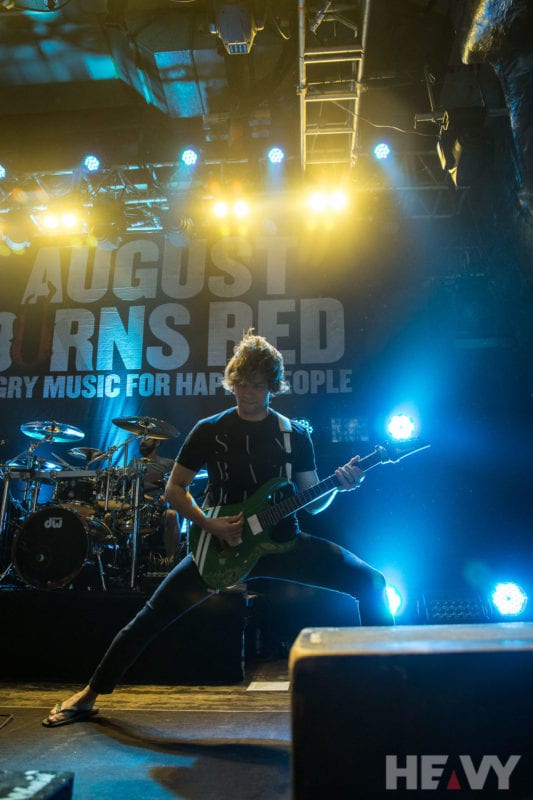