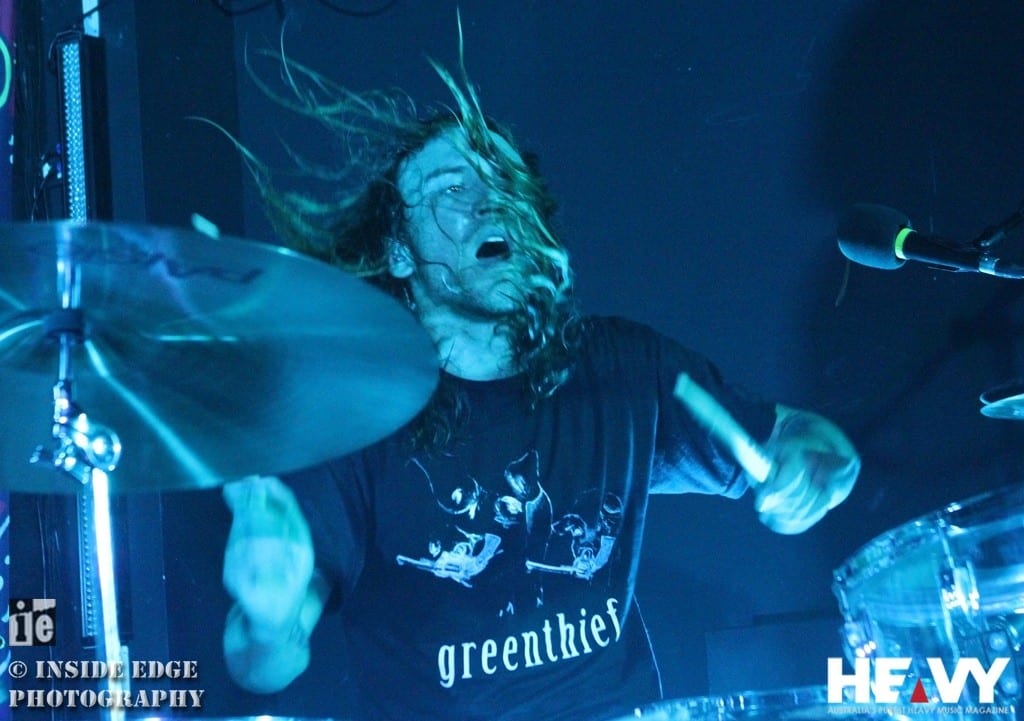 [vc_row][vc_column][vc_column_text]A cold Tuesday night in Melbourne, and an early start time did nothing to diminish the buzz from the back-room of The Bendigo Hotel. The healthy crowd anticipated the appearance of the new-look King Of The North. Great to see former drummer Danny in the venue, providing support and probably adding to the nerves for new the boy, Steve Tyssen.

Eastern influenced monster guitar riffs, supplemented by the most excessive pedal board effects, and the massive sound from the kit are what continues to define KOTN, and this was the opportunity for Melbourne to get the chance to hear the brand new album (out Friday) ‘Get Out Of Your World’ played in full.

There is no place to hide in a duo, and KOTN could be forgiven for not yet being 100% tight, but ‘Rise Up’ and ‘Burn’ were really powerful, ‘Hard Wired’ and the pushy vocals of ‘Ride Like You’re Free’ all generated a great response from the crowd.

Andrew Higgs (vocals, guitar) is a special talent in a similar way to Michael Kerr from Royal Blood – in the way they both manipulate and affect their basic guitar sounds with effects and technical wizardry, providing a three-fold wall of sound without ever abandoning the purity of the instrument.

Dual harmony vocals help complete the delivery–you stop wondering how one guy with a guitar can sound like he is lead, rhythm and bass and just immerses you in the set. No more so than in the instrumental riff-fest of ‘No Stone’ and the psych-rock ‘Manic Depression’ which closes the album.

No doubting the influences are in the Zeppelin, Free, Uriah Heep and Budgie era of the ’70s and ‘80s classic blues rock, with the eastern harmonies, with a modern and eclectic ANZ rock twist (Shihad riffs) that is sometimes hard to define. Don’t bother trying to pigeonhole KOTN… just immerse yourself in the experience.

Big raps to the ever-ready guitar tech, the sound person for filling the room and especially to the couple of hundred Melbournians for a fronting up on a Tuesday night.