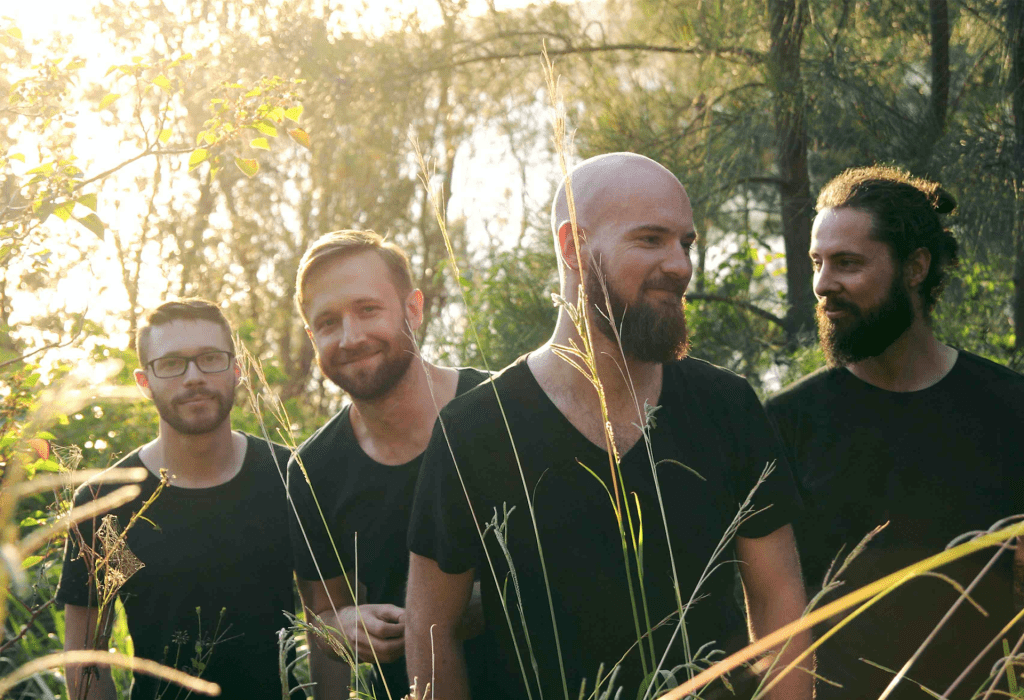 In a world of MP3s, plastic three minute pop hits that are here today and gone in 15 minutes, and goldfish-level attention spans, when you play in a band like sleepmakeswaves, who play lengthy, epic, sprawling vocal-free music, you need to be constantly thinking of strategies to keep people engaged in what you are doing. In a recorded sense and with relation to your live show. Especially during the course of an hour-plus headlining set, according to long-time guitar player Otto Wicks-Green, and punters across the nation are about to see this in action as the band take to the road once more on their Traced in Constellations national tour.

“It’s important with our style of music that the set is a journey,” he opines, “and allow people to be immersed in that journey. You don’t want any erratic or incongruous moments, that pull people out of it.”

In fact, the band and their management attempt to think of anything and everything to achieve this. “Our manager Mike is very forthright about this stuff,” he reveals, “he is very intentional about creating that kind of thing. I remember at one stage we were forbidden from wearing anything other than black tee-shirts because he was worried that the sweat stains would show up and take people out of the vibe!

“We just want people to be completely immersed in the journey of the songs. So the construction of the setlist in that way is really important to achieving that. It has to have a natural peaks and lulls.”

It is a massive tour, taking in eight major centres and featuring a number of other luminaries of the Australian and international progressive music scene such as The Contortionist, Tangled Thoughts of Leaving and Dumbsaint (on select dates), and Wicks-Green cannot wait to take such a mighty lineup on the road.

“We had such a great time touring with The Contortionist across the States,” he recalls, “just getting to watch them every night was a real treat. So getting to do that again in Australia, and for a lot of people here it will be their first time seeing them, is going to be really fun.”

The tour is actually a final ode to their last album, 2014’s Love of Cartography, and the band have a few special things planned for the punters who roll up for these very special shows.
“We’ve got a whole bunch of old songs that we haven’t played for years that we’re lining up,” he states, “and we’re sort of saying goodbye to Love of Cartography as a cycle, that’s kind of what this tour is all about. It’s a farewell run for that record.

“Plus we’ve got our new guitar player Dan onstage, who’s just killing it at the moment. He brings these songs to life in a very new way, so we’re really looking forward to that.”
Of course, the end of an album’s cycle usually means that some new material is not too far off, and such is the case here. That need to grow and expand and keep people focused on what the band’s output is again a factor that is high in the minds of the members of sleepmakeswaves as they slowly but surely construct album number three.

“We started knocking around some early concepts and ideas as far back as September last year,” he says, “so it’s been a really slow burn. We’ve been very specific and intentional with this next album, in that we want it to be very different from the last one. We want it to be quite a focused record.

That same feeling of taking people on an immersive journey is also important to them on this next record. “We love Love of Cartography, it has in many ways surpassed our wildest expectations for what we could achieve in this group. But when we think about how to push our music further, which is always what you’ve got to be looking at doing in this industry, one of the things we decided about it is that although we’re very happy with the songs, it does feel like just a collection of songs, rather than a really cohesive, structured album, a journey.
“So that’s one thing we wanted to achieve with this next album, that each song feels like the chapters of a whole, and that the whole album takes you on a voyage and has a very specific thematic direction.”

So do you think you’d have a release within the next 12 months? “I think that’s definitely likely,” he confirms, “we’re hoping to get into the studio in October or November.”

sleepmakeswaves album, ‘Love of Cartography’, is out now through Bird’s Robe Records/MGM

GET YOUR COPY NOW 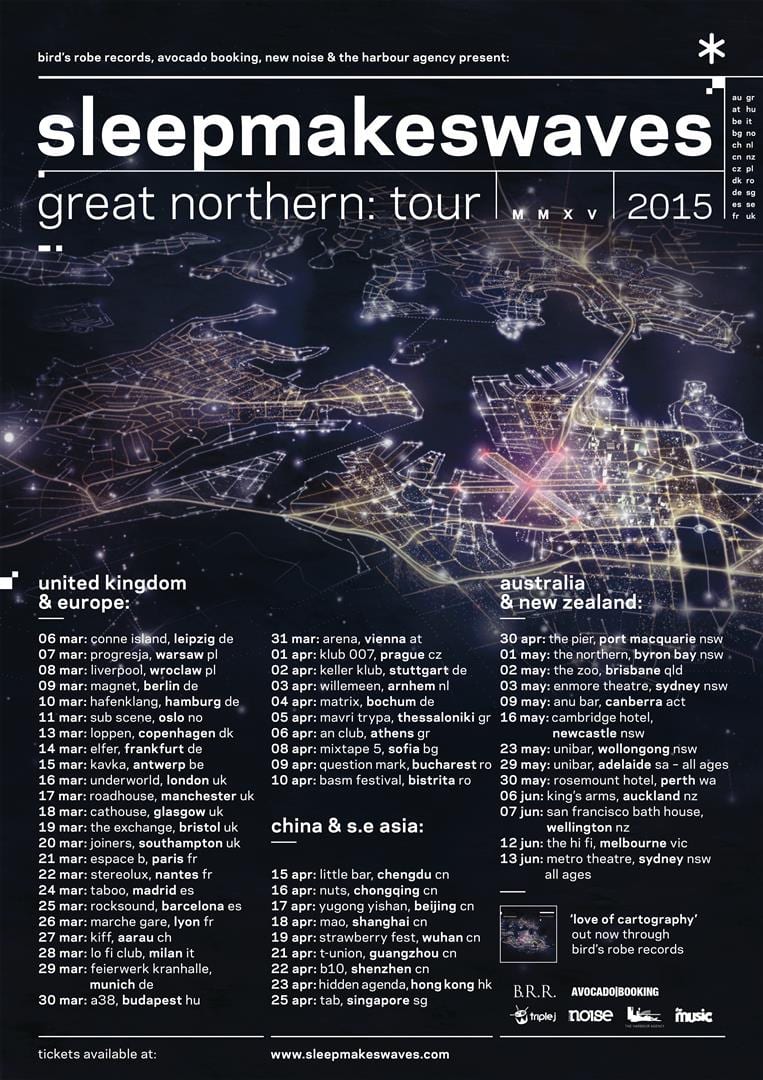