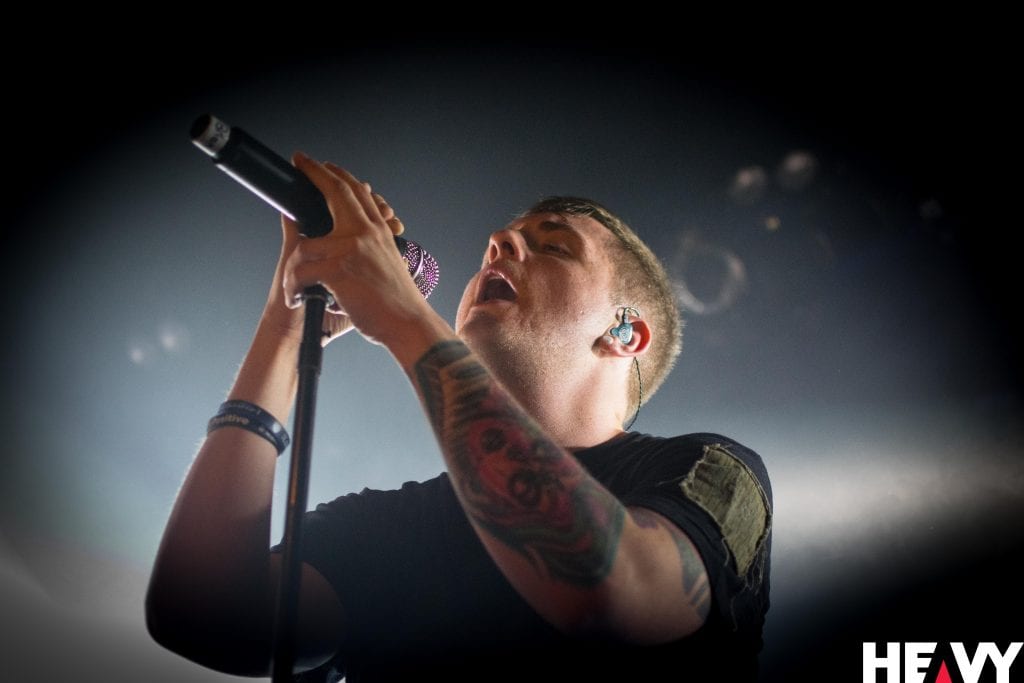 Every once in a while, a band takes the metal scene by storm. Currently, I Prevail are that band. After forming only a few years ago; a cover of Taylor Swift‘s Blank Space saw them launch into stardom. Their 2016 debut album Lifelines was a huge success and their Australian tour literally sold like hotcakes. It may be April first today but this is definitely no joke. These guys are the real deal. And how packed the venue is for local openers The Beautiful Monument further proves that. In fact, I’ve never seen the Corner Hotel so full for an opener before but it’s unsurprising as everyone battles for the closest spot to the stage.

The Beautiful Monument kick things off with their hard rock style which is a nice start to the night. The four women recently put out their new album I’m The Sin which I look forward to checking out.

All kitted out in the same Void baseball shirts, Void of Vision hit the stage next. Their metalcore sound and enthusiastic frontman get the crowd moving and jumping up and down and really get them warmed up for the the reason everyone is here tonight.

From the moment I Prevail launch into Come And Get It the jam-packed crowd are thrown into a frenzy with mosh pits and crowd surfers everywhere. One thing becomes quickly obvious, I Prevail may have only been a band for a few years but they are extremely professional and have stage experience beyond their years. Their light show is phenomenal and their sound is extremely tight. Frontmen Brian Burkheiser and Richard “Eric” Vanlerberghe work the crowd really well as they race through tracks from Lifelines and their EP Heart vs Mind (yep, even that Taylor Swift cover). They even throw in a few quick covers of Puddle of Mudd‘s She Hates Me, Avril Lavigne‘s Complicated and Drowning Pool‘s classic Bodies during the very amusing “band roast” where Vanlerberghe “roasts” his band mates.

The only disappointing side to I Prevail set is they only play for around an hour after being advertised for 75 minutes. Apart from that, the band show exactly why they’ve taken the world by storm to put on one of the most solid sets I’ve seen in a while. If you haven’t discovered this band yet then you’re definitely missing out.