[LIVE REVIEW] FRANK CARTER AND THE RATTLESNAKES and Cancer Bats 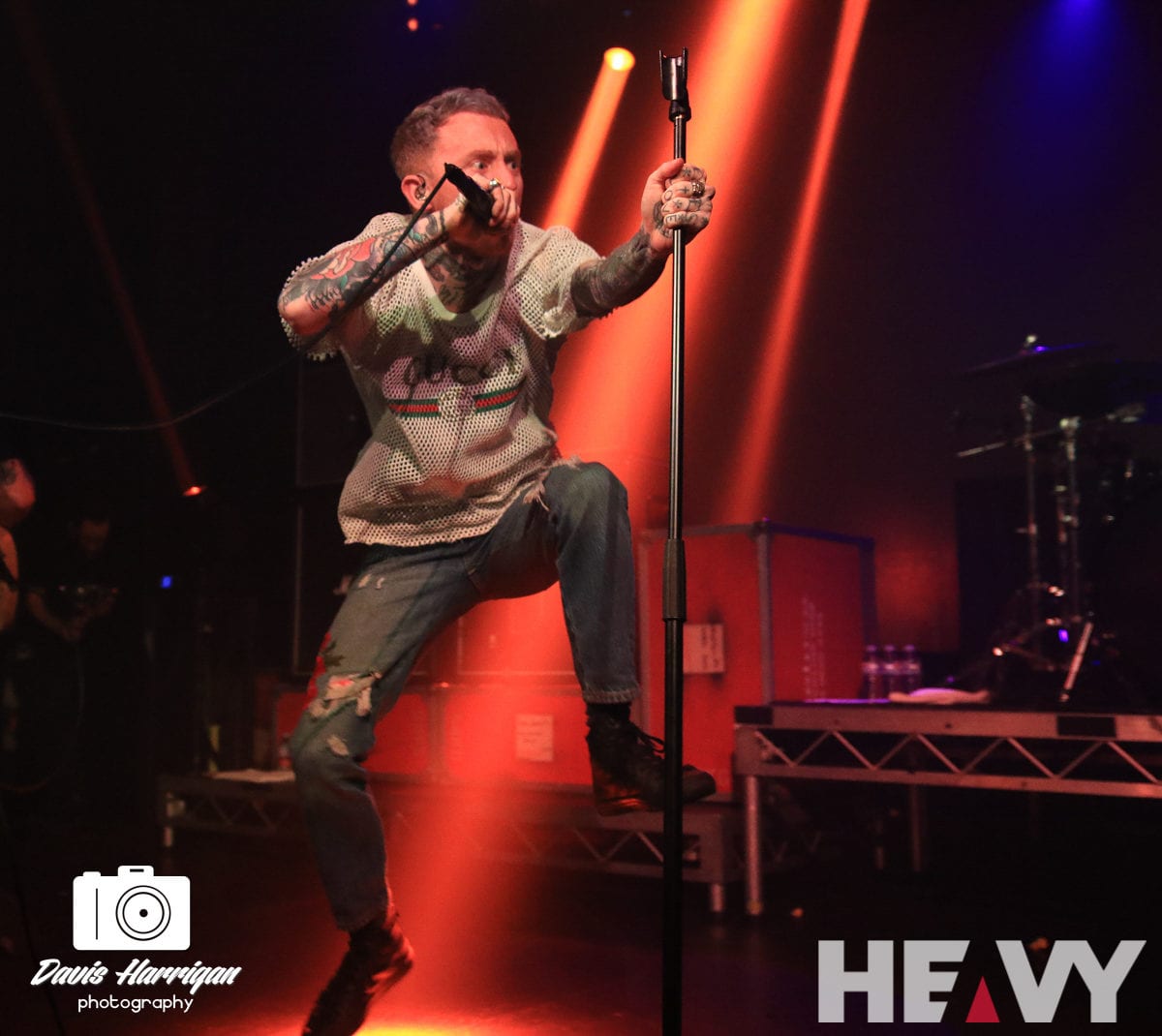 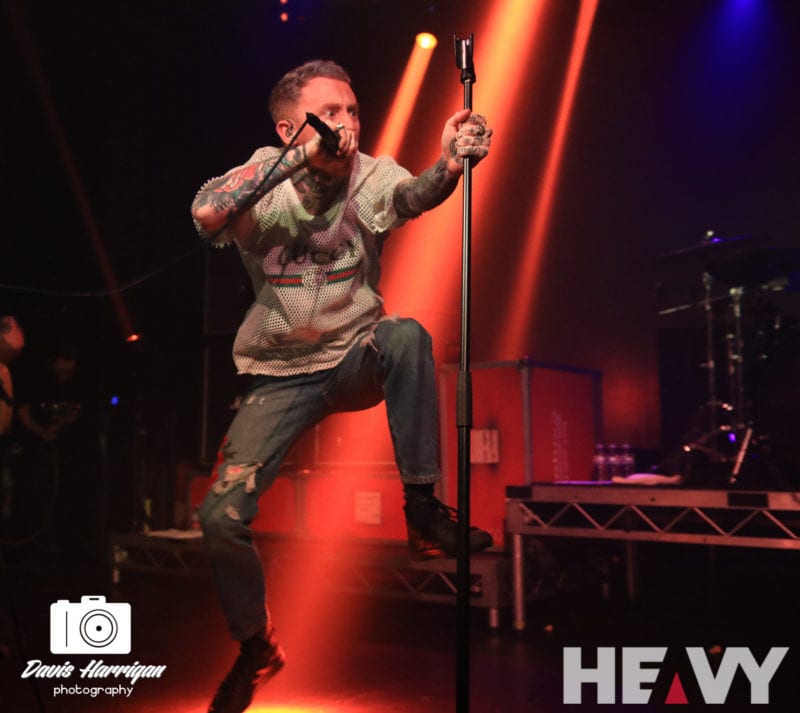 Exploding onto the stage with the chaotic Primary Explosive, the Rattlesnakes wasted no time getting acquainted with the crowd, with Carter himself taking the honour of first stage dive of the night, turning the floor into a chaotic mess of blurred limbs and desperate mic grabs, a state in which it remained as the band thrashed through heavy hitters Fangs and Juggernaut, as the latter tracks monolith of a chorus hit, 170 Russell took on a rare energy. Looking every bit the rock star he is, the white Gucci jersey-clad Carter thrashed around the stage with violent disregard for his own well-being, jumping off of anything he could find and repeatedly taking the mic to the crowd. The juxtaposition of the outfit and exploit, providing a visual insight into the walking contradiction that he, and all humans seemingly are. Unlike most rockstars though, Carter’s not a prick, a fact made abundantly clear when he dedicated Wild Flowers to all the ladies in the audience for putting up with all the “misogynistic sexist bullshit”, declaring the floor a safe-space for any ladies who’d like to give crowd-surfing a try. To his (and my) delight, a large number did, and as a mass of female bodies went over the barrier, without being groped or injured, we were all given a look at what the live music experience SHOULD BE always.

Frank Carter wasn’t the only star of the show though, his Rattlesnakes proved to be far from shrinking violets, with guitarist Dean Richardson’s riffing (and stage antics), Gareth Grover’s punishing rhythms and Tom Barclay’s ballsy bass, more than worthy of the crowd’s adoration. As with everything Carter does though, this is well and truly his show, and the versatility of his vocal performance, as the band worked through slower numbers like Loss or  the stadium-sized chorus of Lullaby (dedicated to parents in the audience)  or the unhinged howls of Paradise (which featured both Frank and Dean playing while standing on TOP of the mosh pit) would surprise many who checked out on his career after he left Gallows.  He even managed to make Happy Birthday (to Liam from Cancer Bats) sound good. He’s the total package. 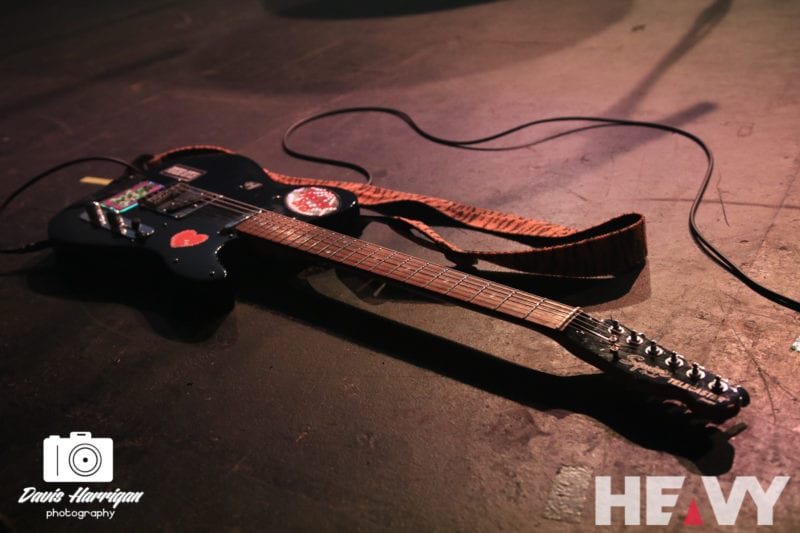 Exiting the stage with a four song encore featuring Snake Eyes,  Devil Inside Me, Fangs (for a second time, just because they like playing it), and I Hate You, Frank Carter and the Rattlesnakes made their way out into the balmy Melbourne night, leaving a sweat-drenched mass of smiling faces in their wake, all wearing a look that said “I just saw FRANK F*CKING CARTER AND THE RATTLESNAKES” 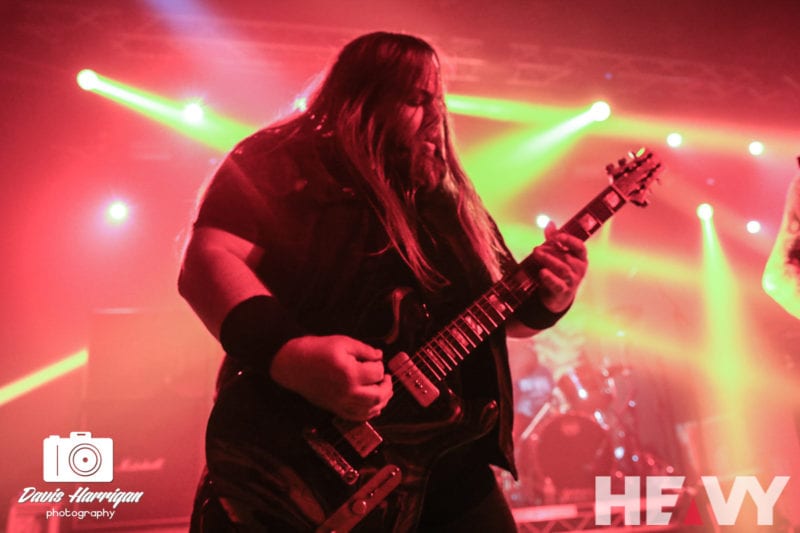 Canadian legends Cancer Bats are one of few bands in the world who could support Frank Carter and The Rattlesnakes and still is remembered after the headliner left the stage and their set tonight was no exception. A thunderous blend of Sabbath-esque guitar riffs, snarling punk attitude and hardcore rhythms, the Cancer Bats tore through a fierce set comprised of tracks from across their storied career, including the likes of “Lucifer’s Rocking Chair”, “Beelzebub”, “Hail Destroyer” and “Arsenic In The Year of the Snake”. They even played some Bat Sabbath! (yes that is exactly what it sounds like it would be). With enigmatic Vocalist Liam Cormier cracking jokes and openly celebrating his own 38th birthday, Cancer Bats were an inspired choice as main-support and they more than simply warmed the stage, they set it alight and waited for Frank Carter and the Rattlesnakes to pour on the petrol.

Locals The Beverley Chills opened the show, and from all accounts, their blend of indie, punk and hip-hop won over the early arrivals, their  Triple J played tunes “Heatburn” and “Loner” are rad, and I wish I had managed to see more of their set. Next time.

Frank Carter and The Rattlesnakes at 170 Russell