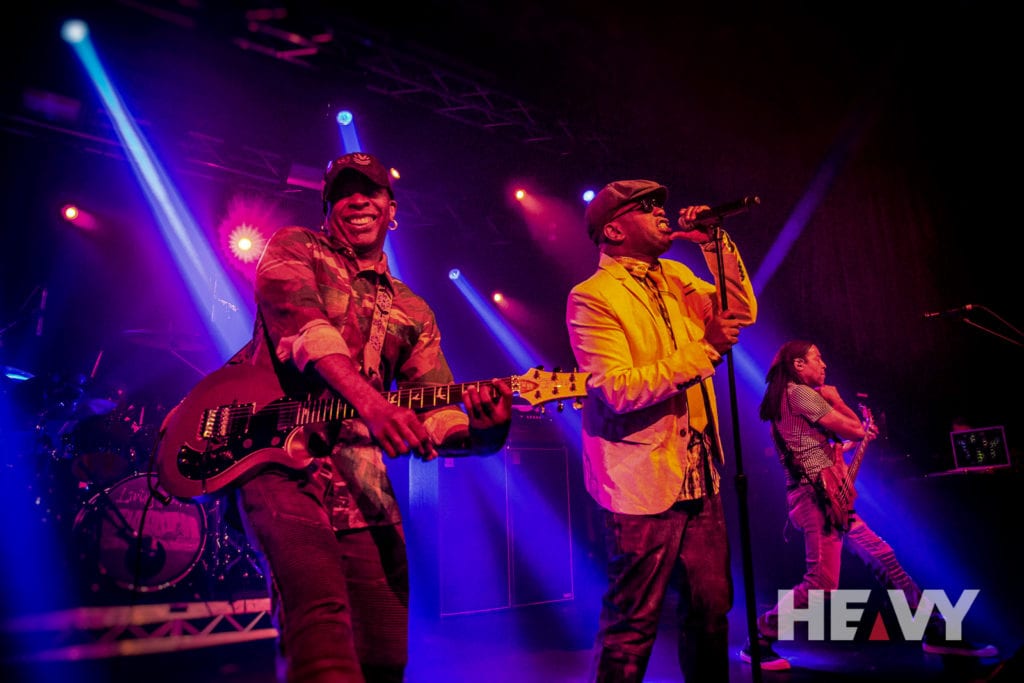 Massive are one of those Aussie bands that are better known overseas than here in their own country. Their hard rocking tunes and antics work well in pubs and rock venues wherever they may play and last night was no exception. Although their music is quite different to the headline act, they fitted in well and warmed the crowd up for what was to come.

The noun “Legends” is used too loosely these days, in my opinion. However, it is an adjective more than apt for funk metal legends Living Colour. As the venue lights dimmed and the band, one by one, walked onto the stage and stared out at the adoring full house you could feel the anticipation building like a tidal wave–from there on it was two hours of musical genius.

Easing into the set with a bluesy number, “Preachin’ Blues” (a Robert Johnson cover), the sound desk operator adjusted for the fidelity of Corey Glover’s wide vocal range, Vernon Reid’s virtuoso guitar playing, the God-like rumbles of Doug Wimbish’s bass and the power of Will Calhoun’s drumming, like a fine tuned Chevy.

“Love Rears Its Ugly Head” from “Times Up” of course was in the set along with a solo from each of the highly acclaimed musicians.

The night was Living Colour’s–they created a universe of their own; a cacophony of sound which was simply mesmerising.