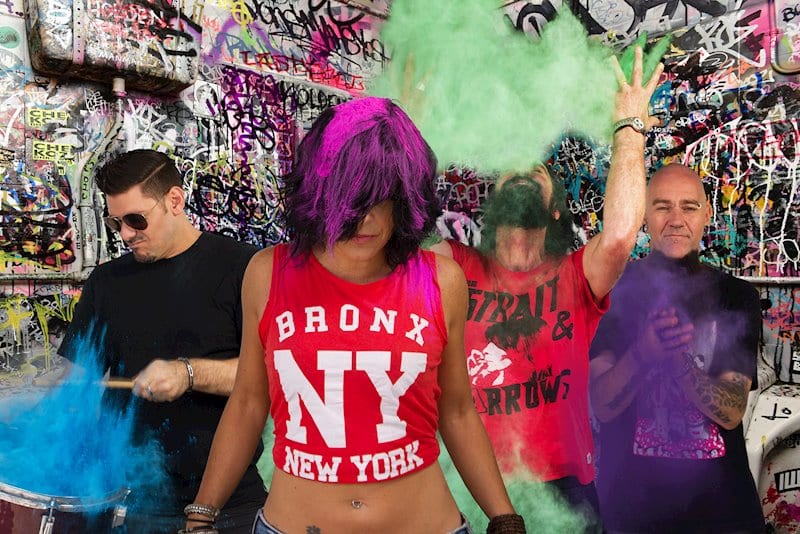 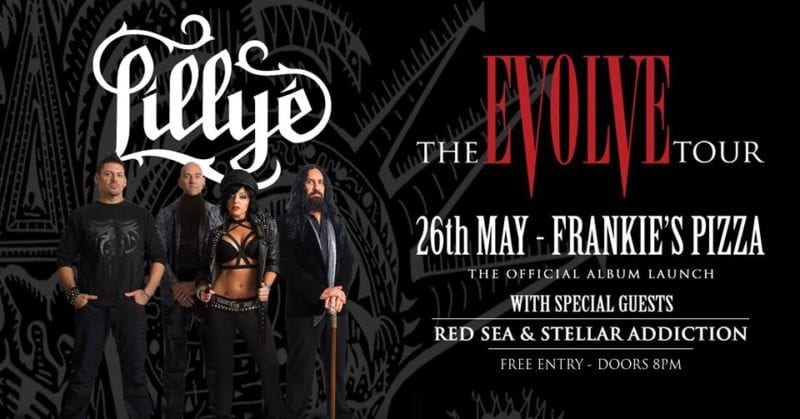 A visit to Frankie’s is almost always the guarantee of a good night of rock, and this evening was not looking to be a disappointment with a decent crowd and good vibes pumping out nice and early thanks to openers Red Sea.

Dropping in off-kilter beats adds a further dimension to their style, giving their metal-tinged rock a progressive edge. Theirs is an energetic performance carried by quality riffing and the surging vocals of Erica Bowron, the last song lifting their set to a climax as the singer smashes away at her own mini-kit at the front of the stage.

With their darker muse, Stellar Addiction came to the stage next. While their stage presence is somewhat more subdued than the previous band, they are nonetheless just as engaging. Their music follows something of a grungier direction, Mixed with some pop-laden hooks, their music follows something of a grungier direction than the other act, but like them are possessed of a singer with a huge voice in the shape of Stacey Stellar and even having a stand-in bassist for the night didn’t hamper them.

Changeover times are relatively short at Frankie’s, and it didn’t seem to be that long before the night’s headline attraction were busting out from behind the curtain in the only gear they have – overdrive. Lillyé don’t have any slow songs, and watching them onstage it’s hard to imagine how they would contain their energy if they ever tried to write some. Christian Lauria stalks the stage, swinging his bass like a weapon. Incapacitated from a work accident only a few weeks earlier, Matt Ellis wrestles any number of shapes from his guitar, ripping out an apparently ceaseless array of ever-changing riffs. Showy but precise, drummer Bennet Livingstone’s arms swing through a full arc as he smashes the china and skins, a Bonham-like power hitter.

Then of course there’s the band’s namesake, Virginia Lillye, in leather and spikes and heels, hair and voice ten storeys tall. After only a couple of songs she’s already headed into the crowd. A couple more and she’s climbing onto the seating booths along one wall, never missing a beat. Together, the band tear through all but two songs from their new album as the crowd draws closer to the stage, growing louder and rowdier. Maybe it’s the excitement, but with the room rocking out to ‘Run’, Lillyé show they are actually human – albeit quite talented ones – by having to start it over. No one cared. It just meant another minute or so of rock. That’s what we had all come here for, and Lillyé delivered.