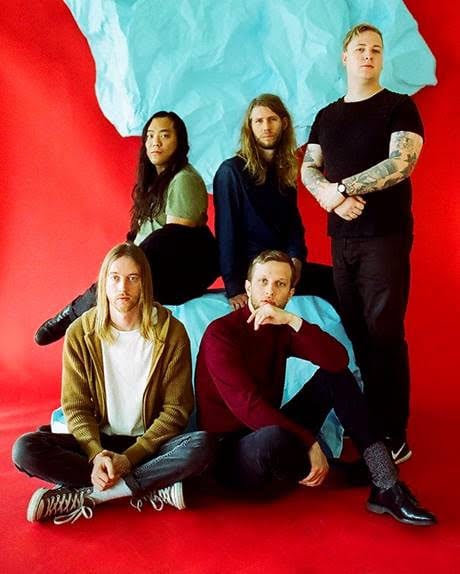 Hot off the heels of their Panorama album post-hardcore outfit LA Dispute is hitting Australia for an extended tour that will see them take in some of the towns that often get left off when international bands plan Australian tours. LA Dispute do know what Australians like though with drummer Brad Vander Lugt know calling our fair country home. HEAVY Mag recently caught up with Brad to find out what Aussie fans can expect this time around.

“I actually live on the Sunny Coast,” he says laughing when I tell him that I had no idea that he lived in Australia. “My partner is Australian so I have been living full time here for five years now, but yeah I love Australia. Between my partner and I we had to make the decision of either moving to the States or moving here so we decided here – and I really love Queensland.”

I ask what kind of pressures that puts on the band with one member on the opposite side of the world when it comes to things like planning for a tour. “It takes a lot of deliberate planning,” explains Lugt. “But it is not actually as huge a deal as it would seem because back in the day we did all live in the one city but we actually quite spread out now because we have people all over the States… nobody actually lives in the same State any more. That means it has become less of an issue but we do still have to have a lot of planning so we have to be very meticulous about what we are doing and when and if we want to do something creative we have to make blocks of time for that, so yeah for the last record we just did a lot of planning and we met up in Michigan, which is where most of us is from so we had family and friends there so it made sense, and then we just blocked out recording time. We also get together a couple of weeks before a tour to rehearse, and that is just the way it goes now.”

“I’m actually so excited about it,” he says when I ask how it feels for him to now tour Australia now that he is a native. “And we are doing our first ever gig on the Sunshine Coast which is great because it means I will have a lot of friends and family who have never seen me play before who will come to that show… so I am particularly excited. It does feel like home now so I have been pushing for an Australian tour for awhile and it finally made sense now that the record is out to do that, and we love Australia man, we really do! We came here for our first international tour way back when so we have so many friends here, we feel right at home here.”

As we talk about Australia we talk about the fact of how great it is that the band will visit places like Geelong and Wollongong on this tour. “Our first international was here so we did a longer tour and we played a lot of the smaller towns, lots of club shows even at houses… things like that. That was how we came up even in the States so we definitely feel at home in those kinds of environments. The last thing we did in Australia was a big festival so we just wanted to do something that was almost the opposite of that and instead play in some smaller places so everyone can get to a show. I really love smaller shows and I love getting to see the smaller towns in Australia so I think it just made sense and it felt like the right time to do something like that. We’re super excited and I think it is going to be a lot of fun.”

“There are so many different experiences,” Lugt says when we talk about the intimacy of venues like Sooki Lounge. “Festivals are fun in a certain way, playing a big venue or a club can be fun but there is something really special about playing in a really small, intimate setting because you seem to learn to adapt to the various venues and stages around but I think this will be really particularly special. We feed a lot off the energy of the crowd, there is a whole community there, and when you can feel it right next to you it is an awesome experience and we really thrive on it. It is going to be so special.”

“If you haven’t seen us live for awhile now is a good time to come,” he says summing up. “It will be different to what it was a number of years ago but there will be something for everyone and I think like you said some of these smaller shows will be really intimate. This will be really fun and we love Australia so the vibe will be great and the energy is always really positive and I want to say that we really want to make a space for everyone so we want to facilitate that… everyone is welcome to our shows. You are free to be you and as a band we want to make that super clear. Everyone is welcome!” 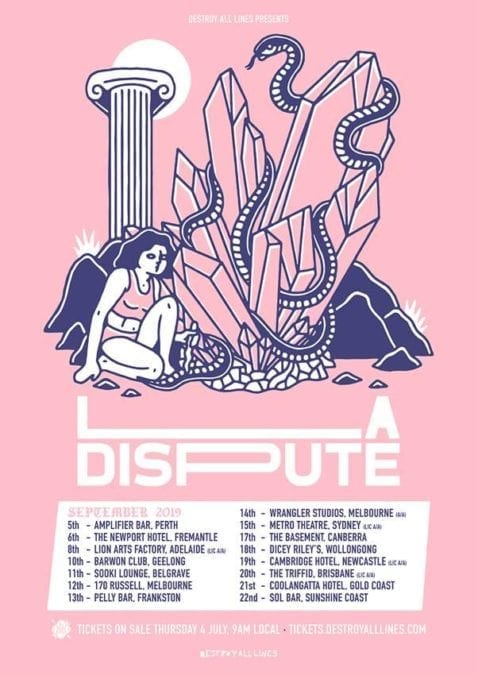 PrevPrevious.Get Those Fists Up For DANKO JONES
Next.We are giving away a BLOODBATH T-shirt, CD + a double ticket for the Sydney and Melbourne showsNext