KZRN Spill The Beans Ahead Of EP 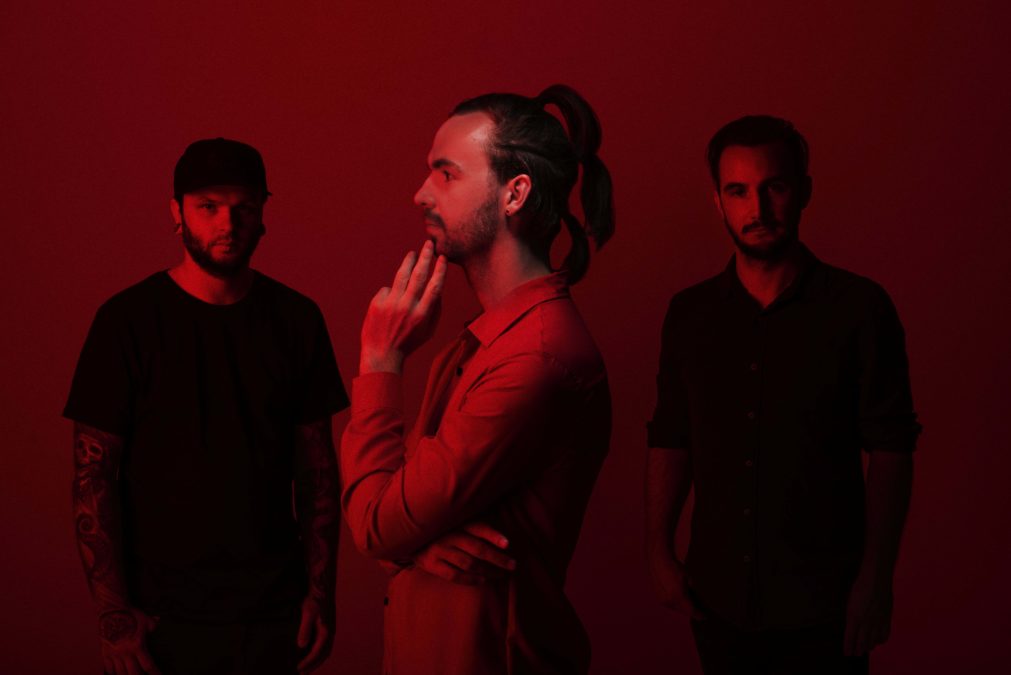 Adelaide metalcore Trio KZRN have a passion for recreating early 2000s metalcore with a modern flavour. Their debut single Hear Me featuring Madz Winter on vocals put the group’s name on the map as an up and coming metalcore act to keep an eye on. KZRN’s second single Scatterbrain featuring Samuel Upton from Copious Dribble elevated the group to a new level, garnering national airplay and coverage.

We caught up with Caiden Crafts from the band for a Q & A session.

What’s your name and position in the band?

Caiden: My name is Caiden Alexander Crafts and I’m the Manager, Vocalist, Frontman of KZRN

Which genre(s) do you feel best represent your band?

Caiden: I feel that we are a mix of 2000’s Metalcore and Metal

What was your favourite thing about writing, recording and filming the latest release?

Caiden: Recording – It’s something that I’ve been involved in for a few years as a bass player for an indie band. But going in as part of a metalcore frontman, it opened up so many different doors for me and I’ve learnt so much more from the people I’ve worked with. Especially in the studio, doing vocal takes in the booth as a harsh vocalist is something I’ve never done before, and I instantly have fallen in love with it.Writing – I’ve loved writing the lyrics to these songs and also assisting in finishing off some of these tracks that have been unfinished as late as 2014. I like writing stories and linking songs together, and this release has all those elements in it, as each song leads into the next and the story unfolds as the listener progresses through.

Filming – I’ve done a bit of filming prior to creating KZRN, but the thing I liked about the filming elements in this project is that it’s all been up to me. My visions and ideas coming forth and being created by really amazing people who are wonderful at what they do.

Caiden: I’ve toured a bit with my indie band Paper Sunsets quite a few times and I love it. I love driving and flying to new places and playing shows to people who you don’t know, I think it’s one of the most important things when being in a band. KZRN haven’t toured yet for the fact of this starting off as a duo (now trio) project. But we have a desire to play shows soon with a full live lineup.

In an alternate universe where you are not a Musician, what kind of activities would you be interested in?

Caiden: It’s very hard to say, would I be totally different from who I am now? Or would my interests be different and alternate from what they are? I love acting and also professional wrestling, I have worked in both those fields and they are things I’d still like to revisit in this life.

Caiden: From what I can remember I picked up my Dad’s old acoustic guitar, and started fumbling around with it whilst watching Alter Bridge live from Amsterdam, I still can’t play that well.

Caiden: They did, I went to Blackwood High, but enrolled in music very late, halfway through year 11. My teacher was awesome and very patient with me, seeing as I knew next to nothing about the subject, I knew I just wanted to be in a band. Then a few weeks into year 12, I found myself in a band playing bass and that’s the indie band I still play with today.

Caiden: I’ve never performed as a frontman, so it’s hard to say. With wrestling, I would always stretch and jump up and down a bit and bulk my muscles. With Paper Sunsets I’d just stretch and have a last chat with the guys before we went on. But I always make sure to hug all the members once the set is done and thank them no matter if it was a good set or a bit shotty.

Caiden: I think it just needs to be given a break. There’s only so much it can do under the current circumstances. It’s hard to see bands in other countries playing sold out shows and touring around whilst in your country, venues still can’t have people stand up or have to struggle with only allowing half capacity. It’s a difficult time and I feel it’s a bit out of our hands here.

Caiden: Personally, I’ll be moving to the UK at the end of this year. I’m extremely excited to get myself involved in the UK/Europe scene and hopefully play, tour and record some more music.
KZRN will be writing and recording throughout 2022 and 2023.