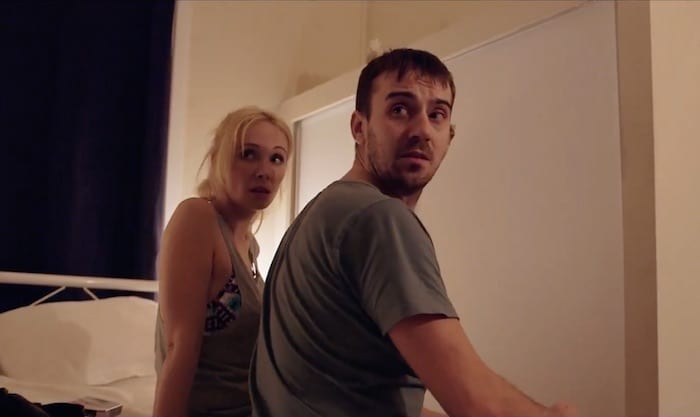 The film chosen to open the Festival is none other  than brilliant suspense thriller Landfall the remarkable second feature from Australian filmmaker Travis Bain who thrilled us all a few years ago with Throwback, together these films show Bain to be one of Australia’s most promising filmmakers. HEAVY Mag recently had the opportunity to hear from two of the stars of Landfall, Kristin Condon and Bailey Stevenson as we dug deeper into the film.

“Working on Landfall was awesome,” says Stevenson as we reflect on the intensity of the film. “We actually shot the film in two two week blocks. We would basically start filming about seven o’clock in the afternoon and then we wouldn’t finish until about 3 or 4am in the morning. A lot of the cast and crew would have day jobs that they needed to go to the next day and so we would wrap up about 4 then drive back to Cairns which would take an hour and they would off to their nine to five job, that is dedication and I thought that was awesome. I think that it really worked because the house that you see in the film we just basically stayed there when we were filming, so we all had our separate rooms. The couch that I was on at the beginning of the film is the couch that I slept on for about a month. So I didn’t really leave the set unless I had to go to work, it was just the right house on the beach in Innisfail and it suited Trav’s vision.”

As our discussion turns to what it is like working with a director like Travis Bain Stevenson is full of praise. “Working with Trav was great,” he says. “I’ve known Trav for a few years now, more so as a film tech and when Landfall came about and I read it I was like ‘I need this character, it was just so awesome.’ And Trav knew that I didn’t have any film experience prior so he basically took me under his wing and trusted me with the role… so I was stoked.”

“I saw Throwback and I was really impressed by that,” says Condon when she is asked how she got involved with the film. “Trav filmed that with such a small crew and the results are just amazing so I was thinking with a little bit more support I wonder what he can do then. Then I read the script for Landfall and I was like wow because Trav studied psychology for six years before he even got into filmmaking. Even when you read it off the page you could see everybody’s agenda’s changing, their alliances changing and I just thought ‘wow this would be a really great role to play’ and I had worked with some of the cast on a few things so it just felt like we were in Melbourne but we were in Queensland because I already knew some people there.”

“I had to approach my role keeping in mind what had happened before,” she says as we talk about her character being the moral compass of the film. “There was a life-story there amongst the editing so I just approached it that way. I think the hardest thing about that was playing the role with certain things in mind that the audience were not aware of until the end. Even watching that I am thinking ‘oh they don’t know that I am thinking x, y and z at this time and such.’ We didn’t shoot in order because the first block of shooting was set around Vernon’s availability and then the second block was picking up on things.”

That brings the discussion around to talking about the two big names in the film – two pure legends Tony Bonner and Vernon Wells. “The first time I met Vernon I was super scared because it was my first time on a film set,” says Stevenson with a laugh. “I was so scared to touch him and I went up to him and was like ‘Hi Vernon, pleased to meet you I am Bailey’ and he was like ‘why do I care?’ and I was like ‘oh crap I’ve already done something wrong I have pissed off the named actor’ and then he just sat back and laughed and it turned out he was a really nice block and a really awesome guy.”

“We weren’t on set with Tony very much but he ran a workshop for us,” adds Condon. “But Vernon was really good and we almost had this surrogate family situation going on so it was really fun. We actually all used to play Monopoly together and he never played it before so it was like ‘your life is changing. ’ But both were really awesome guys to work with.”

Stevenson laughs when we talk about how the cyclone sequences were filmed. “It really was a great big fan. And then there would be about five or six guys just chucking debris around so if you were needed for that shot you would be pelted with leaves and stuff, but yeah we actually only had one rainy day for the entire shoot.”

Aside from the special effects one of the other amazing sides of this film is Stevenson’s portrayal of such an intense criminal and he had an unique way to get himself into the headspace each day. “IT used to take me an hour to get to the set everyday so I had time to get myself into that headspace. So I ended up listening to the box set of all of the Game Of Thrones music and some of that is really intense, so I would just have that instrumental going for the entire drive and then by the time I got on set I was just ready to rumble.” 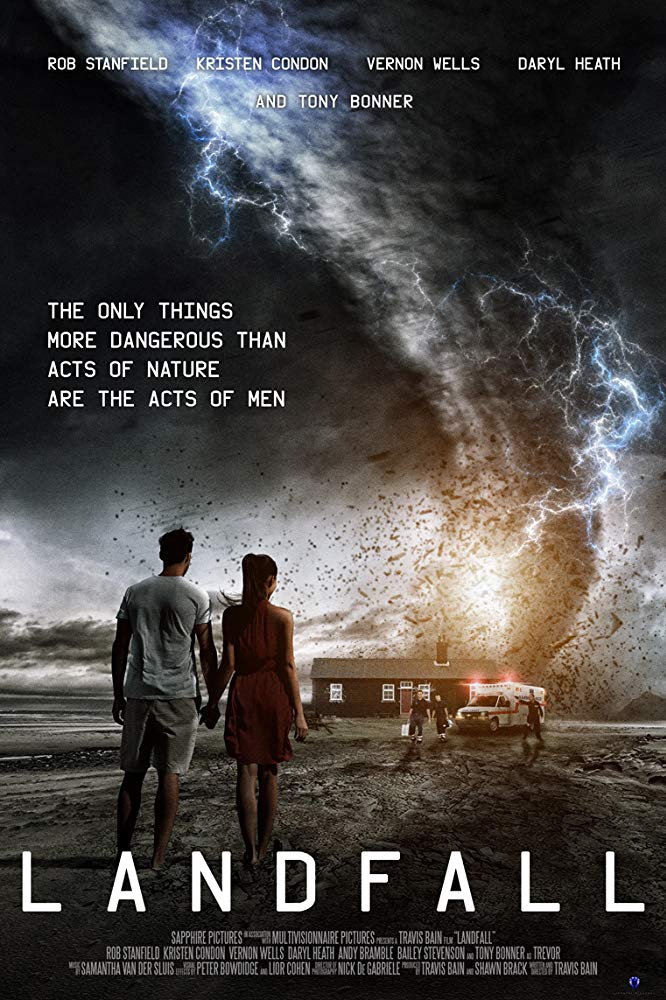